5G Smartphone Vivo NEX 3 will be launched on September 16th

The theme of the product release is Future Beyond Edges, which means the NEX 3 screen is edgeless.

It is 3 days earlier than the HUAWEI Mate 30 announcement. 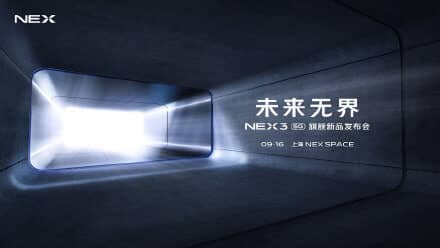 Vivo NEX 3, designed with 6.89-inch waterfall screen, the screen ratio reaches 99.6%, which will afford you a vivid and different visual experience. Powered by the Qualcomm Snapdragon 855+ SoC, it also incorporates the Snapdragon X50 chip which enables 5G connectivity. Vivo NEX 3 has a capacity of 8GB/12G RAM and 128GB -512GB ROM, which is large enough to store a large number of video, music and games. Its battery is 4500 mAh which is large enough to keep your phone on power, and it supports a 44W fast flash charging for which you can charge to be full of power in a short time!

According to the official info, it has a circular camera module housing a triple AI camera setup. The main shooter is a 64MP sensor alongside a 13 MP + 13 MP combo. This is another mobile phone with 64-megapixel after the smartphone Redmi NOTE 8 Pro. 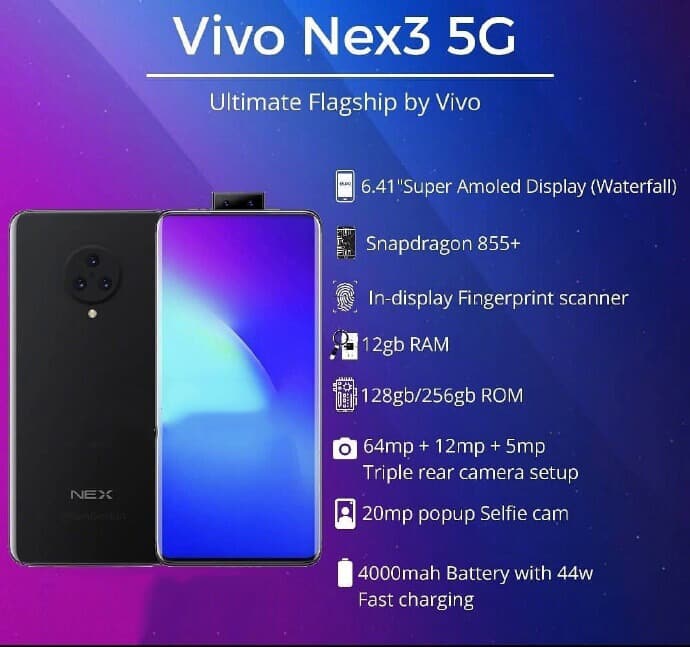