Android 11 is already available in the beta version on Pixels. Google’s eleventh mobile OS update brings a lot of new things, including native video screenshots, a one-time permission system, and an automated dark mode. We take stock of the new features, the release date, and the smartphones that will be compatible with Android 11. 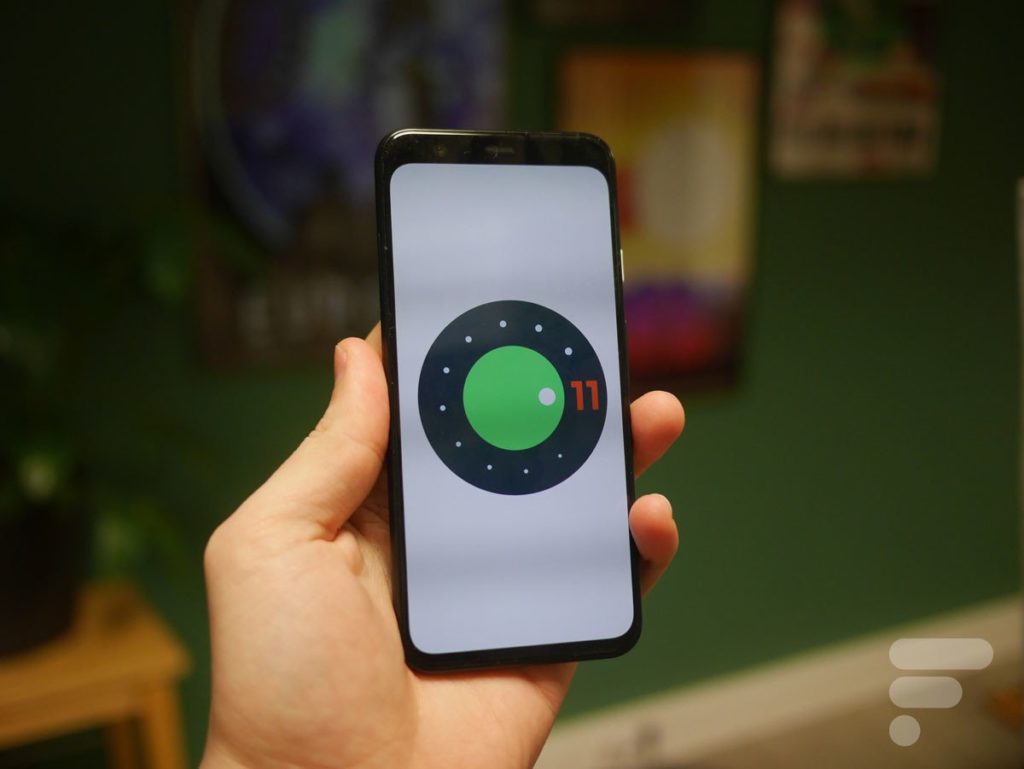 After briefly mentioning a few new features in error, Google finally officially launched the Developer Preview version of Android 11 in February, giving an overview of the new features we can expect on our smartphones at the end of the year. Google has therefore taken a step ahead of its usual schedule for this first preview.

Google has already discussed the main new features of Android 11 for application developers. The most important new features have been condensed below, which mainly concern Android users. In the coming months, Google will unveil other additions and changes.

Android 11 brings a lot of changes that Google classifies in 4 categories, even if these concern developers more at the moment: innovations, privacy and security, updates and compatibility, and finally what you could call the refinement of the detail.

Like iOS 13, Android 11 implements a single-use authorization system. Users will be able to choose to share their geographic position with a third-party application only once.

Next time, if the app wants to collect your location, it has to ask your permission. Same sound to get access to the camera or microphone on your phone. Likewise, the Play Store will only allow apps to request access to your location if it is necessary to “perform their primary function.”

With the advent of 5G, Google is preparing for some big changes. Of course, made primarily by application developers. Android 11, includes new APIs (programming interfaces) allowing developers to estimate the bandwidth of the smartphone more simply and more precisely, and this dynamically.

From DP2, it is also possible to recognize the type of network, and whether it is 5G New Radio or Non-Standalone.

By the way, Android 11 turns the nomenclature upside down at the risk of erasing the line between 4G and 5G. Wireless networks will display as follows in Android 11:

After framing the notches in Android 9.0 Pie, Google is now looking at the new and more popular screen formats in 2020. The aim is to allow better integration of the eccentricities of manufacturers in the application ecosystem.

New API is also calculating the screen tilt angle for foldable smartphones to create new uses for this promising new format. We can thus imagine applications that would adapt their interface if the screen is half folded, for example.

Another new feature supported by Android is the high refresh rates. Android 11 will be the first version natively compatible with 90 Hz and 120 Hz screens, that is to say, the panels that display 90 or 120 frames per second.

Finally, applications can manage the screen refresh rate themselves if necessary. This is a point that should be particularly important in games, in order to opt for better performance, greater fluidity, or more extended autonomy.

As conversations are an essential point on a smartphone, Google wanted to put them back in the heart of Android 11. So we find in the notification panel shortcuts to our current conversations, a message system in the form of bubbles, like Facebook Messenger (an element already seen in the beta of Android Q elsewhere).

Finally, copy/paste in this notification area allows you to paste images that would have been copied beforehand. 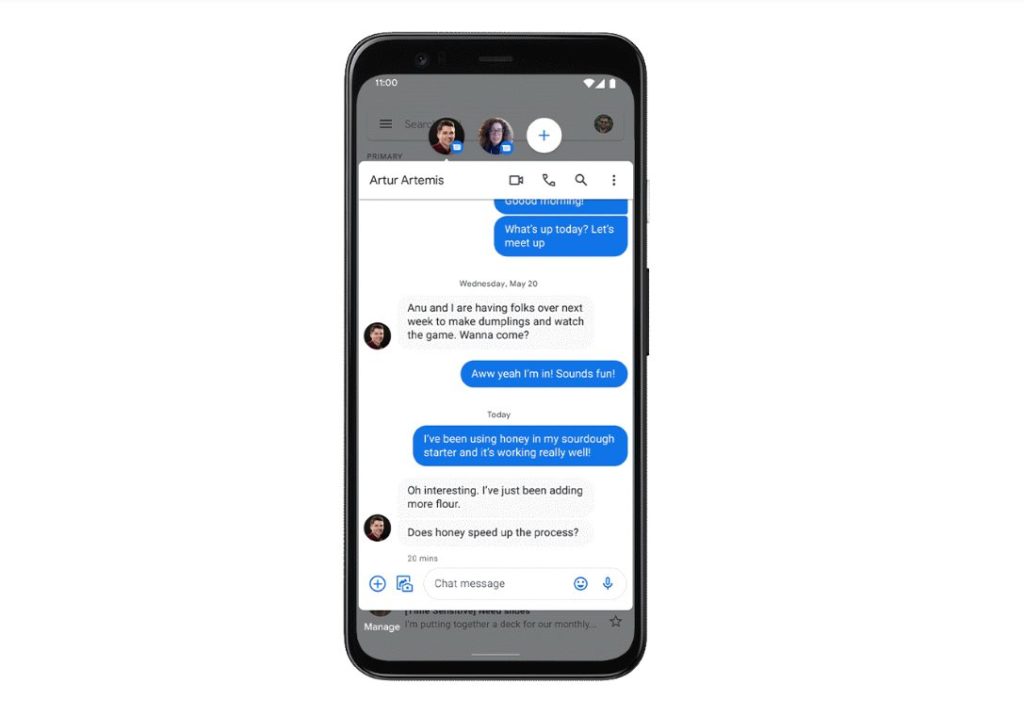 Android 11 contains a new API dedicated to machine learning to speed up its execution. Google promises that more is coming and that a close partnership is linked with different manufacturers and frameworks like TensorFlow to improve the integration of neural learning within applications.

Like iOS, Android 11 has a unique permission system. Instead of accepting or refusing sensitive permission, you can now accept it … only this time. Permission is then granted but should be requested again when the next need arises.

Google has also changed its privacy policy for apps available on the Google Play Store so that they only claim geolocation when it’s really needed.

As with geolocation, apps that require microphone or camera access will need to request additional permission if they want to do so in the background. No more bad surprises!

More and more elements of the system are now updated by Google Play. Android 11 goes from 10 to 22 modules thus updated via Google Play system updates. The goal is to simplify the update process for future releases, but also to further secure the system by locking down sensitive items and allowing them to be updated regardless of a full system update.

Transitions can now be synchronized with the interface, specifically the keyboard and system bars. If this may seem anecdotal as a novelty, the interface gains greatly in fluidity since these elements become much more integrated into the heart of the applications.

Android 11 natively includes a video screenshot system. The option is directly accessible in the quick settings of your smartphone in the “screen recording” section. 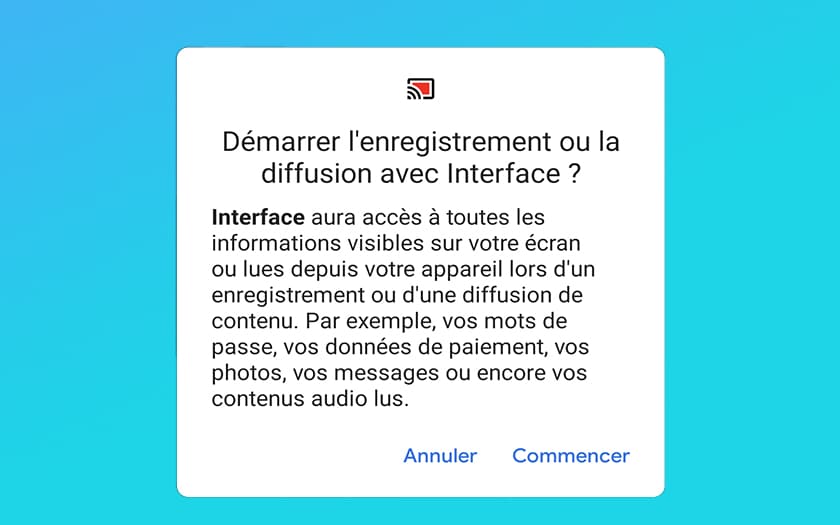 As on iOS 13, Android 11 will automatically switch from light to dark mode and vice versa. This new option activates the mode according to sunrise or sunset or according to preset hours. 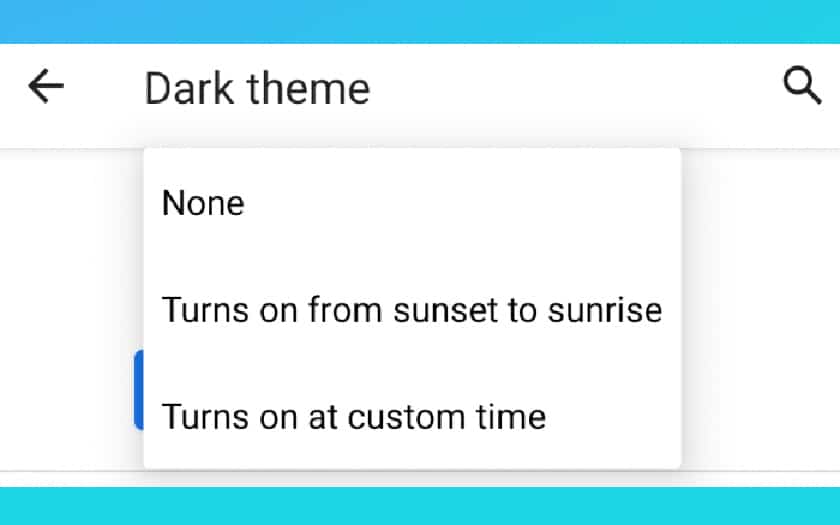 Android 11 changes the placement of reading controls. Previously, notifications allowed you to pause content – while certain apps were running.

This system is completely replaced by permanent and universal reading controls directly in the quick settings panel in which there are also for example the buttons to activate or deactivate WiFi, Bluetooth, and Airplane Mode. This media player is also accessible via the locked screen of the smartphone. Via this revised player, it is possible to switch from one audio output to another for example.

Android 11 is still in beta at the moment. Compatible smartphones are therefore reduced essentially to pixels, with the exception of the first generation, but devices from other brands are gradually also entitled to them.

The following are therefore compatible with Android 11: