Achraf Grini
SaveSavedRemoved 0
Only one year after the Fairphone 3, the Fairphone 3+ essentially brings new cameras. What are they worth? Has the phone corrected some early errors? Answer in this test.

On August 27, 2020, Fairphone presented a new smartphone, one year to the day after the Fairphone 3. Paradoxical, from this manufacturer campaigning for more responsible mobile telephony, and in particular for a reduction in electronic waste, by slowing down the renewal of smartphones, by consumers, but also by industry.

Remember that the Fairphone are modular smartphones. This allows their owners to repair them themselves, but also to improve them, two measures helping to extend their lifespan and therefore reduce their environmental impact. The two modules of the new cameras are also sold separately so that Fairphone 3 owners can upgrade their devices. The Camera + Module is sold for 60 $, 10 dollars more expensive than the Camera Module which is kept in the catalog. The Top + Module, which also includes an improved microphone, the earpiece and some sensors (brightness and proximity?), Is sold about 35 dollars, 5 dollars more expensive than the Top Module, also maintained.

Until October 1, 2020, the pair is launched at 70 dollars instead of 95 dollars, a promotion that also seems paradoxical to us, since it is likely to trigger compulsive purchases, or to encourage users who do not from selfie to upgrade two modules instead of just one.

Fairphone takes the opportunity to launch a “circular module program”: users who replace a module can return it free of charge to Fairphone’s partner, the Breton company Cordon Electronics, which reuses functional or repairable modules to repair Fairphone 3s, and recycles others. 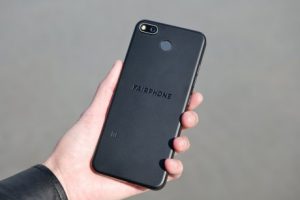 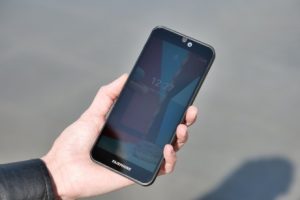 The new speaker module, on the other hand, is reserved for the Fairphone 3+, as is the rate of recycled plastic increased from 9 to 40%. This is why the translucent cover, which reflected the transparency and openness of the company, is now opaque.

The Fairphone 3+ also carries over everything else, in particular the Qualcomm Snapdragon 632 chip. Bas van Abel, the founder of Fairphone, replied a year ago that it was “future proof for years to come. “. Eva Gouwens, the CEO, explains to us today that a new chip would imply a new motherboard, a new software, a new phone in short, while she considers that a “variant” like the Fairphone 3+ “emphasizes in fact their commitment to longevity ”.

Design: The Price Of Modularity :

Let’s turn our testing plan exceptionally upside down by briefly going over all the things that have not changed between the Fairphone 3 and the Fairphone 3+, or little.

To begin with, we find the unique packaging of the Fairphone 3: the smartphone is sold without charger or charging cable, to encourage buyers to share a charger, but with a mini Phillips #00 screwdriver, allowing it to be disassembled for repair or modernize. You can replace the battery without tools, for 30$, the screen by unscrewing 13 screws, for 90$, then four modules, sold 20 to 60 dollars each. The motherboard and the chassis to which it is attached are still not repairable. 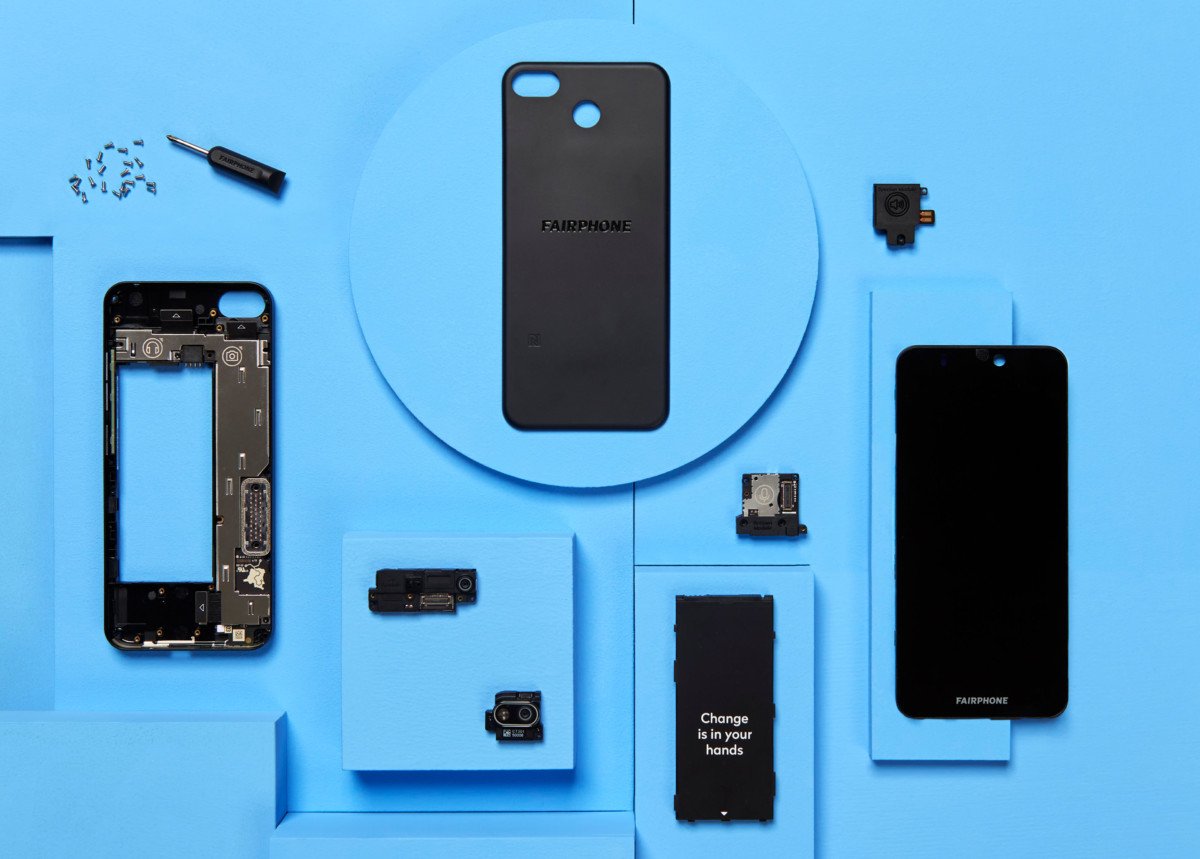 The screen also deserved an update, but our probe obtained much the same measurements: except for a correct maximum brightness of around 500 cd/m² and a contrast ratio of 1500:1 in the good average of IPS screens, we indeed finds colors that are too cold, at 8500 K and, above all, poor color fidelity, with a delta E of 6.5. A better score than the Fairphone 3 tested a year ago, but this is attributed more to variances in screen production and our measurements than to a real improvement.

More than ever, we encourage you to read or re-read our Fairphone 3 review, if you want more context and detail regarding Fairphone’s environmental and social claims, or regarding the ergonomics of this smartphone.

Photo: Better, But A Treatment To Review

Now let’s get to the heart of the matter: new cameras. Concretely, the new back module is based on a Samsung Isocell GM1 (S5KGM1) sensor, a sensor with a diagonal of 8 mm (called 1/2 inch) and a definition of 48 megapixels with tetracell matrix (4 photocells per pixel) , delivering – obligatorily – 12 megapixel photos. It equips other entry-level smartphones, such as the Oppo A72 or the Xiaomi Redmi Note 9. Regarding the lens, the metadata of the files indicate an aperture of f / 1.8 and a focal length of 3.56 mm , which is equivalent by our calculations to a 19 mm. But the shots don’t look that wide-angle, some cropping is certainly applied.

The Fairphone 3 demonstrated, if necessary, the importance of algorithms: it was indeed based on the same sensor as the Google Pixel 3, then among the most gifted smartphones in photography, but it was far from it. Fairphone has extended its collaboration with ArcSoft, a multimedia software publisher (TotalMedia Theater) converted back to image processing for manufacturers, to add scene detection to HDR and object tracking functions. 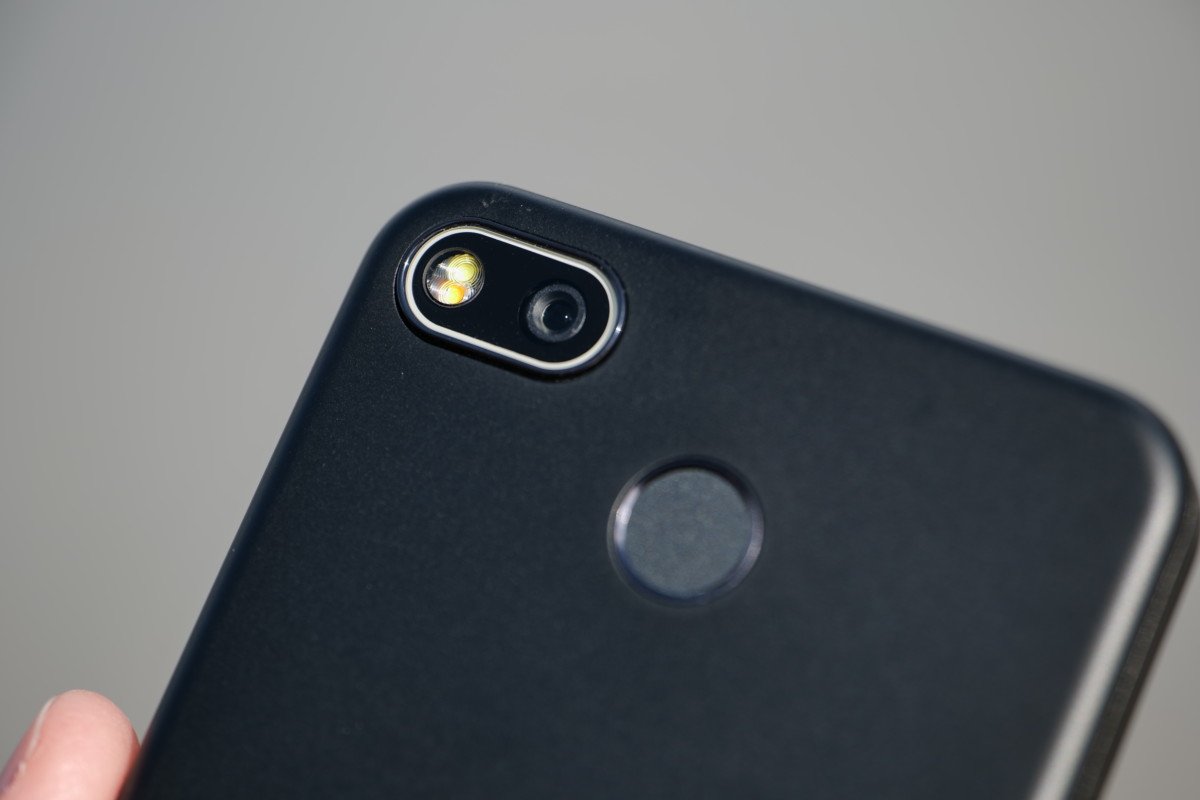 But the results are mixed. For starters, the Snapdragon 632’s built-in Image Processor (ISP) is designed to support a single sensor with a resolution of up to 40 megapixels. Even though the sensor spec says it “outputs” 12-megapixel images, it’s assumed that the Snapdragon’s ISP is handling the 48-megapixel. As proof, the smartphone takes a little more than 2 seconds to process each image. And if there is no significant delay between trigger and capture, you have to wait for the image to be processed to take a photo again.

Concretely, the new back camera has made progress in terms of sharpness, dynamics and noise, and thus produces decent photos, especially in daylight. Unfortunately, the shots go through pretty rough handling. Photos undergo aggressive noise smoothing and then excessive sharpening. Result: the textures are diluted and the images sometimes have a pictorial rendering (especially on vegetation, for example on our beach photos).

The dynamic range has increased a lot, but the camera overly favors highlights and amplifies contrast, so that some areas are unusually dark or even totally black. We had already noted these last problems on the Fairphone 3. The smoothing works well on the other hand on the night photos in artificial light, the pronounced chromatic noise of the Fairphone 3 has disappeared (see our photos of the car in an underground car park).

Portrait mode works haphazardly, as it often does with single-module smartphones. In the absence of an artificial intelligence doped with big data from Google, which Bas van Abel assumed last year, the Fairphone 3+ rather crudely detaches the subject from the background and falls into all the traps (spectacle frames , protuberances, etc.). Some foreground elements are often mistakenly blurred, and vice versa. 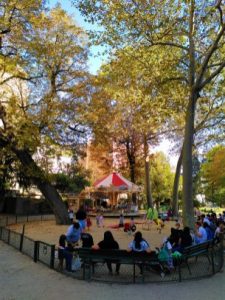 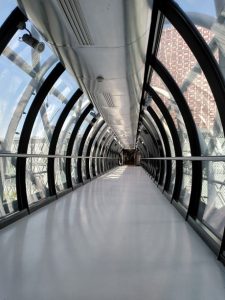 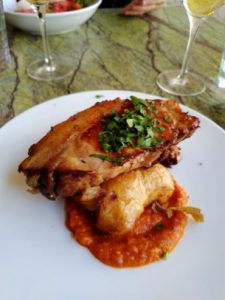 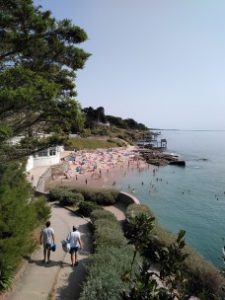 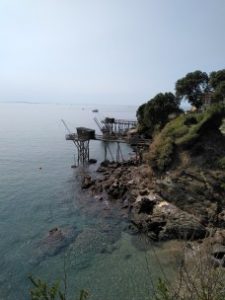 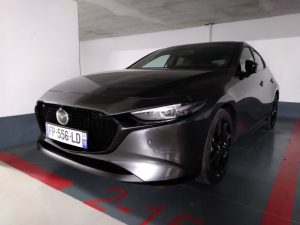 The new front camera is based on a small 16-megapixel sensor and an f/2 lens, and obviously benefits from the same processing process, with the aforementioned advantages and disadvantages.
Finally, we find the camera application inspired by that of iPhone, which denotes on Android and whose settings menu, complete, is still poorly translated. Some settings are even incomprehensible, such as the video noise reduction function, which offers the options “of”, “fast” and “high quality”. 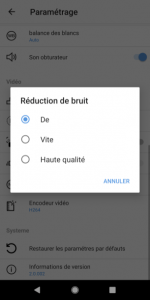 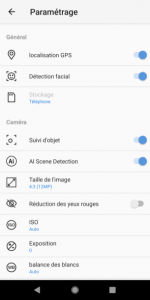 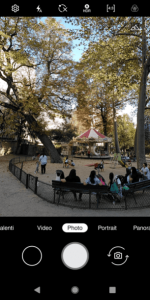 In short, the cameras of the Fairphone 3+ are suitable for sharing souvenir photos with loved ones on WhatsApp or Instagram, to be viewed on smartphone screens. As with the Fairphone 3, we feel that these sensors have potential, but the processing needs to be improved.

Fairphone had announced “a series of updates” for the Fairphone 3, but they are still awaited. The company usually keeps its promises, but given its limited resources, the delays can sometimes be surprising. For example, it has only just launched the update to Android 10 for the Fairphone 3, mentioned at its presentation a year ago. In the meantime, DIY enthusiasts can hope for a port of the Google Camera app from the Google Pixels, which is doing great things on some third-party smartphones.

READ ALSO : Microsoft Office Will be Available without Subscription

Let’s briefly go over the second novelty of the Fairphone 3+: its new speaker module, promising improved, louder and sharper sound. We were unable to measure the speakers on the two Fairphone 3, or listen to them in turn, but we can attest that the new speaker is powerful. 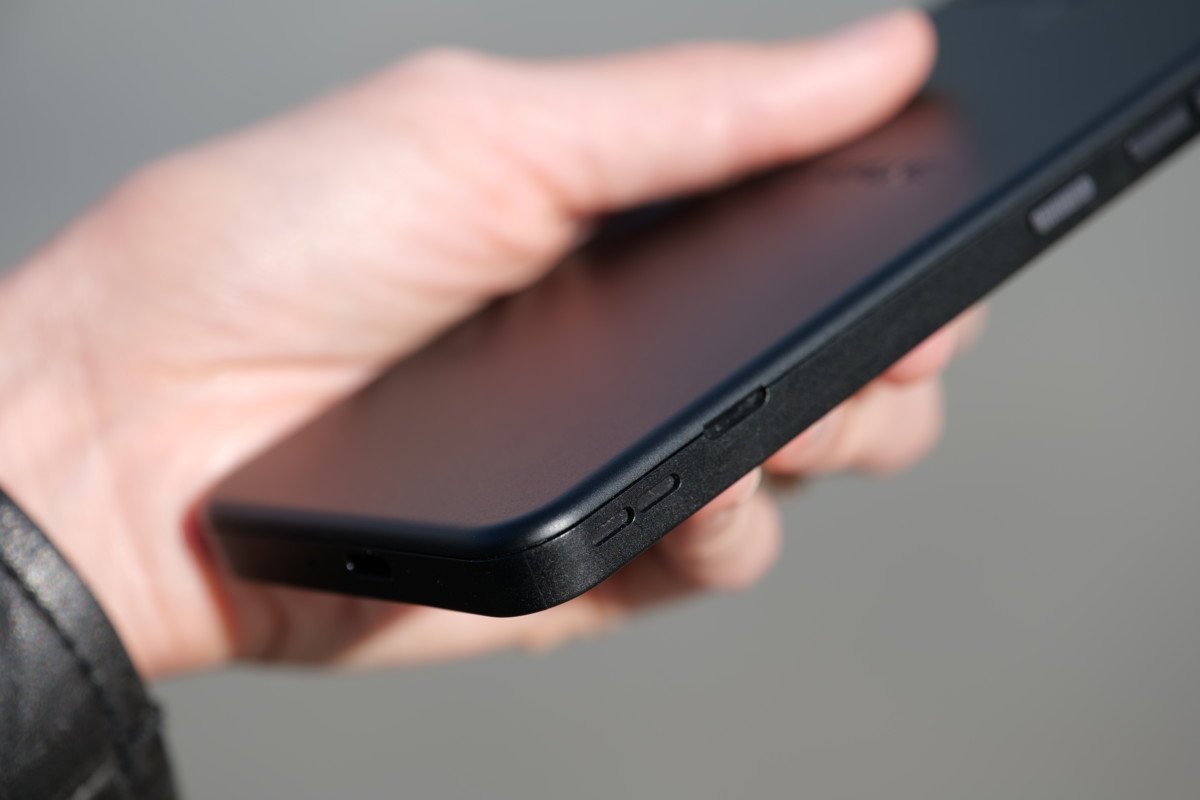 However, the sound is still devoid of bass, it is loud, so listening to music on loudspeakers is unpleasant. The volume was already sufficient to watch a video at arm’s length, so the new speaker is not considered much of an improvement. Worse, a flaw we noted on the Fairphone 3 has not been corrected: the minimum speaker volume is unusually high to make a call in a quiet environment. Fortunately, it does not seem to us that this new, more powerful speaker amplified the phenomenon.

The third and latest addition to the Fairphone 3+ is that it ships with Android 10. The Fairphone 3 was released with Android 9, but the update to Android 10 is now available. We find a totally “stock” Android. Once again, Fairphone’s small team of developers was content to combine AOSP (Android Open Source Project), Snapdragon drivers and the Google services needed for certification. 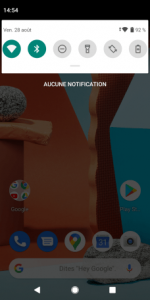 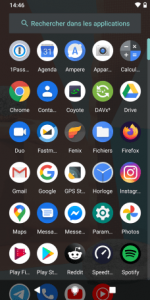 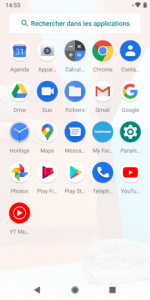 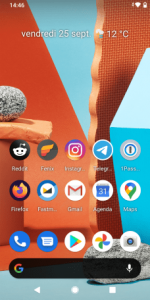 The only specifics are the aforementioned camera app and three custom wallpapers. Some leftovers, like the live wallpapers module without any live wallpapers, have been removed since the launch of the Fairphone 3, but there is the “Pixie Dust” notification sound from Android 2.x. There are a few flaws like the lack of space between the clock and the operator name, which luckily can be hidden, or the almost systematically truncated application names. Note also that when inserting a Prixtel SIM card connected to the Orange network, the whole range of Orange applications, which are not intended for Prixtel customers, has been automatically installed. Fortunately, you can uninstall them (and not just deactivate them).

Fairphone still promises 5 years of Android updates and security updates, and these little cosmetic issues are expected to be fixed quickly.

The Fairphone 3+ has the exact same motherboard as the Fairphone 3, so the benchmark scores are approximately the same plus or minus 2%, which is the test-to-test margin of error.

Unfortunately, the update to Android 10 does not remove the reservations that we raised with the Fairphone 3. We find in particular the perceptible tactile delay and the insufficient poling rate which seem to weigh down the scrolling of long web pages or long lists (contacts, emails …). The modest performance of the 64 GB of internal eMMC memory still causes delays of half a second when loading certain interface elements (home screen, virtual keyboard) and applications for the first time, but everything is perfectly smooth and responsive. once they are loaded into the 4 GB of LPDDR3 RAM. 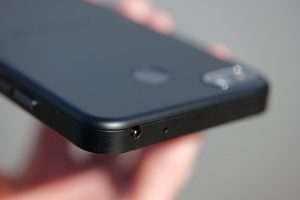 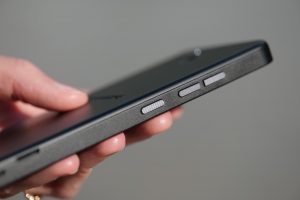 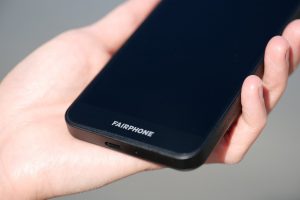 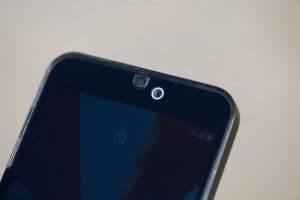 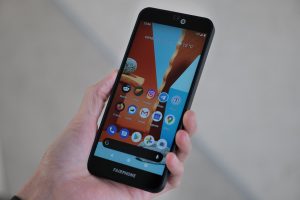 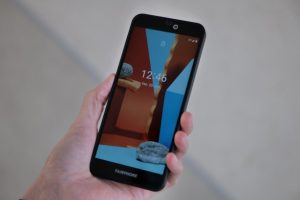 The Fairphone 3+ doesn’t change when it comes to charging and battery life either. In the aforementioned use, it very easily takes a long day. But not two … unless you buy a second battery, for the modest sum of 30 dollars , and swap halfway, which almost no other smartphone can do in 2020.

Where To Buy The Fairphone 3+?

The Fairphone 3+ is offered at 469 euros (about 546 dollars)on the brand’s website.
SaveSavedRemoved 0