After a very good period a few years ago, the enthusiasm for action cams has subsided a bit. The market is not dead, however, but it is clearly less diverse than before. A leader in fierce competition at the time, GoPro managed to hold onto its position – you’ll see in this guide – but there are still some worthwhile alternatives. Overview of the best products on the market.

As we said in the introduction, GoPro remains the benchmark brand in the action camera market. The eighth edition of its flagship model “Black” is no exception. It is capable of filming in 4K at 60 frames per second, in 2.7K at 120 fps, or in Full HD at 240 fps and the photos are captured in 12 megapixels (MP), all in HDR. It also has a 2-inch touchscreen on the back. So much for it. 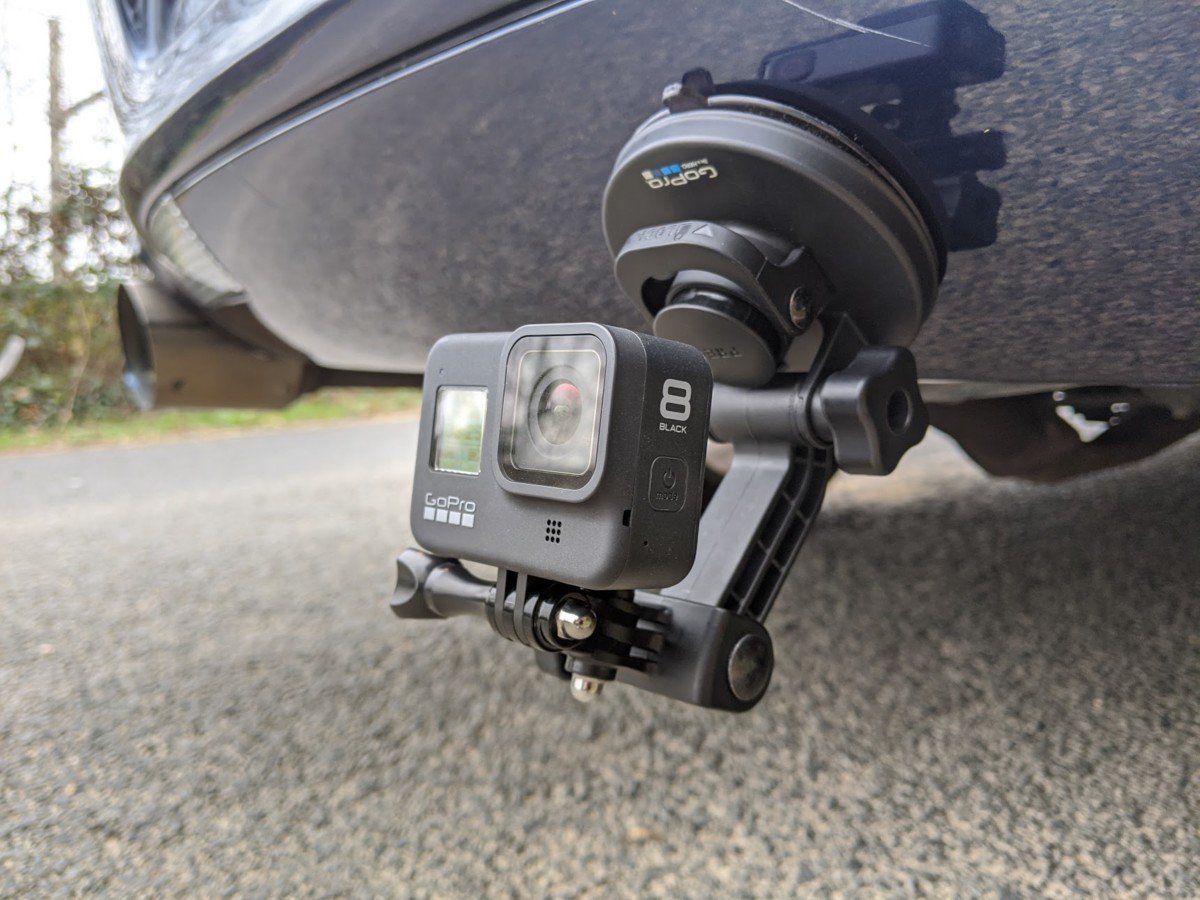 The GoPro Hero 8 Black does not require any more housing to be used, nor to go underwater (up to 10 meters deep), nor to be attached to an accessory. How is it possible? Do you have to change all of your accessories to use it? Fortunately not, since GoPro has simply added two legs under the Hero 8 Black. Once unfolded, these act as fasteners and make it unnecessary to purchase a “The Frame” box surround. A magnetic system ensures that the two legs stay securely in place within the contour of the camera when not extended.

But that’s not all, of course. The Hero 8 Black is distinguished from its predecessor by simple addition, but oh so useful: two mounting brackets. They greatly facilitate the use of accessories since there is no longer any need to go through an external box. Note that these legs are removable and can be replaced in case of damage.

On image quality, GoPro lives up to its reputation with detailed films, faithful color rendering, and good handling of strong dynamic ranges, which is particularly useful in winter sports. The electronic “hyper smooth” image stabilization also works very well. Finally, on the sound side, the configuration with three microphones – one of which is placed in front of the camera – attenuates the blast of the wind brilliantly.

Best known for its drones, DJI has also entered the action camera market with Osmo Action. It is very clearly aimed at the Hero 8 black with its similar characteristics: 12 Mp sensor, 4K at 60 images per second, waterproof to 11 meters, etc. Originally marketed in the same price bracket as GoPro, it is now available at 292 dollars, which makes it the best value for money on the market, by far. 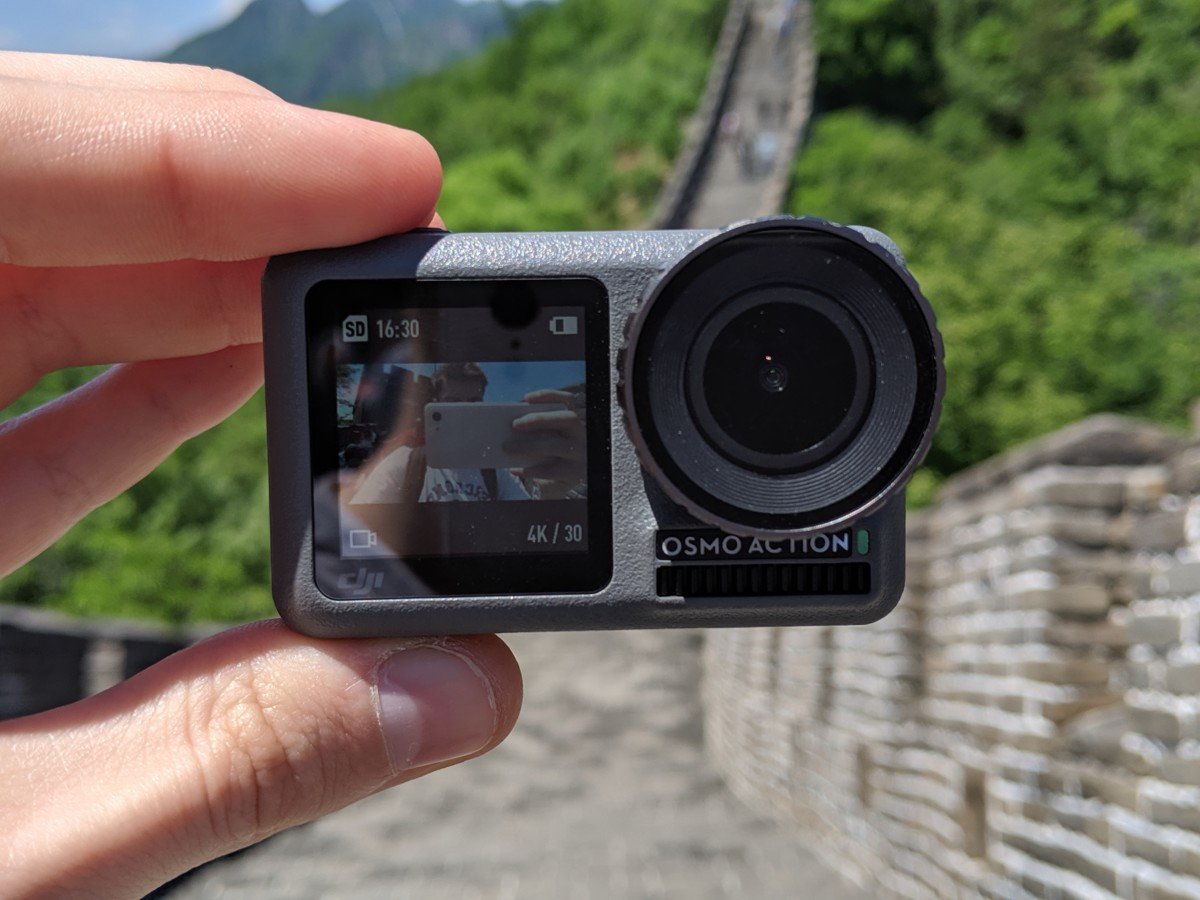 What sets her apart from the leader is the presence of a real second in front which greatly facilitates the framing. This screen is not touch-sensitive, however. It also displays some practical information. The camera is also electronically stabilized with Rocksteady technology seen on the brand’s drones. We can therefore trust it, even if the GoPro Hypersmooth is still more efficient.

On the image, DJI know-how is there, but we especially appreciate the “Dewarp” mode which eliminates the deformations inherent in the use of a wide-angle sensor. This one is actually quite effective. For sound DJI only offers two microphones, so it will do slightly worse than the Hero 8 Black. In addition, it is compatible with GoPro accessories.

GoPro again to finish with a rather special proposal: the GoPro Max. This has the particularity of filming at 360 °. This is especially popular for trick sports like skateboarding or snowboarding, but the possibilities are endless. Because in addition to the 360 ° video as such, it allows you to frame exactly what you want during editing. 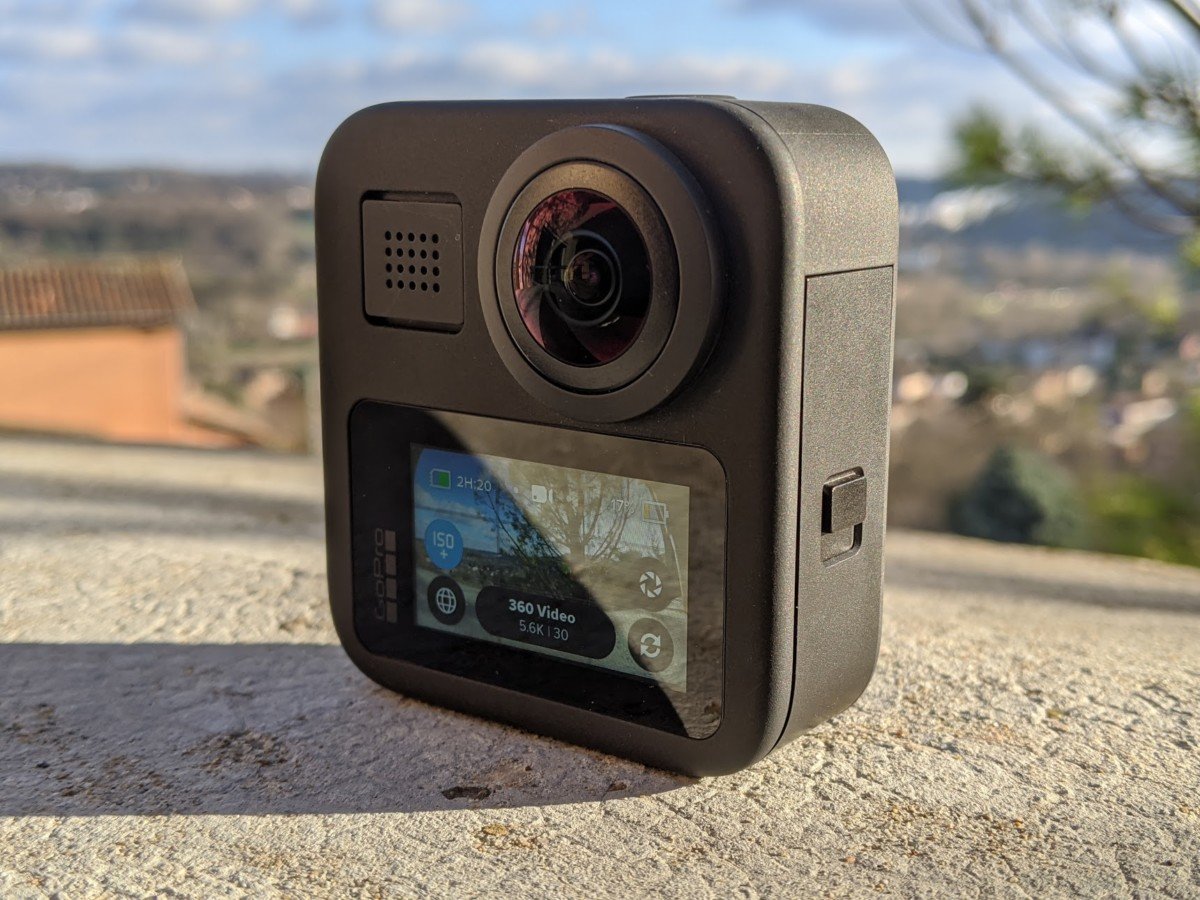 It is based on the GoPro Hero 8 Black we spoke about above, with in particular the two mounting brackets always practical. What sets it apart is the presence of two ultra-wide-angle lenses which allow 360 ° filming: the two videos are automatically glued together to provide the complete sphere… minus the camera itself removed from the field by the software.

In practice, the camera films in 5.6 k at 360 ° in 30 images per second. Be careful, however, this definition is not comparable to classic 4K in 16: 9 since it results from the assembly of two video streams. In classic mode, you will be able to shoot in 1440p at 60 fps or less. For sound, GoPro relies on 6 microphones, again in order to capture it at 360 °.

There was a time when there were entry-level action cameras, including the Yi Lite. Unfortunately, the latter is no longer sold. So let’s face it, there is no such thing as a “cheap” action camera that we can recommend today.

Of course, you will surely find great promises of 4K cameras for less than 100 dollars on more or less opaque marketplaces, but we do not recommend them. You might be disappointed. However, if you know of a model that we have missed, you can tell us in the comments. We will try to test it before including it in this guide if it deserves it.

While most models today handle Full HD (1080p) at 60 frames per second without a problem, handling 4K is a bit more hit-and-miss. The high-end models are capable of filming in 4K at 60 frames per second, but the average is more than 30 frames per second in this definition. A detail that we forget, but which should not be overlooked: the size of the files swells very quickly. So remember to equip yourself with an SD card of at least 64 GB, 128 or more preferably, if you plan to film for a long time.

With some models selling for several hundred euros, the price of an action cam remains a factor to be seriously considered. Especially since it is not uncommon for a single camera to require a number of accessories, often sold separately, in order to fully use it. We think, for example, of the various fixings that allow it to be hung on a helmet or a wetsuit, or of the possible protective boxes that will prevent scratches and make your camera waterproof if it is not already. Purchasing these accessories may inflate the initial price, but the cost can still be spread out.

LET US KNOW BELOW WHICH ONE DO U LIKE TO USE