Achraf Grini
SaveSavedRemoved 0
On the occasion of the presentation of the new iPhones, Apple also unveiled a new connected speaker, the HomePod mini. A speaker launched at a much more attractive price than its big sister.

This Tuesday, Apple organized a conference to unveil its new generation of iPhone 12. However, these were not the only announcements planned by the American manufacturer.

Apple took advantage of the event to unveil a more compact version of its smart speaker, the HomePod. Called HomePod mini, this new speaker falls in time to compete with the new Google Nest Audio launched a few weeks ago.

The new HomePod mini thus aims to offer the experience of the HomePod, launched now two years ago, in a smaller model, but also more affordable in terms of price.

A Speaker Designed For Multiroom Audio :

When it comes to audio characteristics, the HomePod mini has a center speaker capable of handling the higher and midrange sounds, while two passive radiators take care of the bass. What to offer, as on the classic HomePod, is a 360-degree sound. In addition, in addition to these acoustic characteristics, Apple announced the integration of an Apple S5 chip, already present in the Apple Watch Series 5, capable of analyzing music to provide the best possible audio quality at all times.

Given the more accessible price of the HomePod mini (99 dollars), Apple has also integrated multiroom features, for those who would like to use several at home. It will thus be possible to play the same title in several different rooms, but also, provided that two HomePod minis are in the same room, to play a song in stereo. 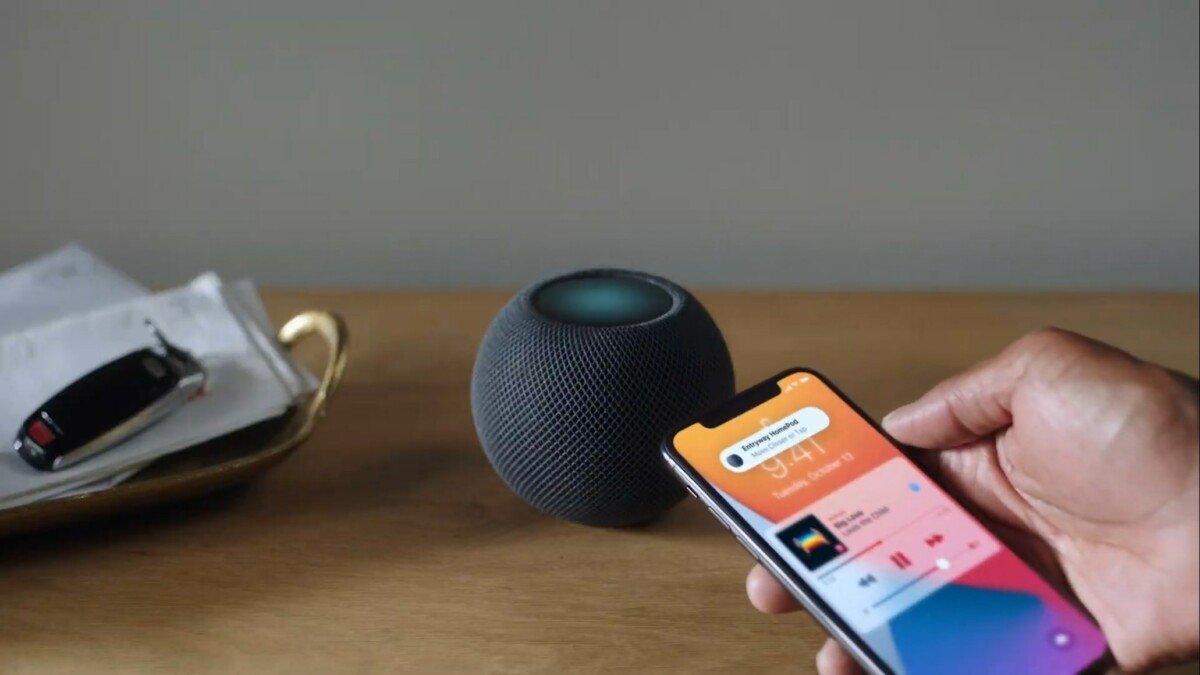 Regarding smart functions, Apple has integrated a backlit surface on the top of the speaker that allows you to view the volume increase or decrease, playback, or activation of Siri. In addition, the speaker incorporates the Apple U1 ultra-wideband chip, it displays lighting effects by bringing your iPhone closer to the speaker and the sound adjusts accordingly.

In terms of music playback, Apple announced compatibility with its main services, as well as with TuneIn Radio, but also with other music streaming services. No Spotify or Deezer, but the HomePod Mini will still allow you to enjoy Pandora and Amazon Music. 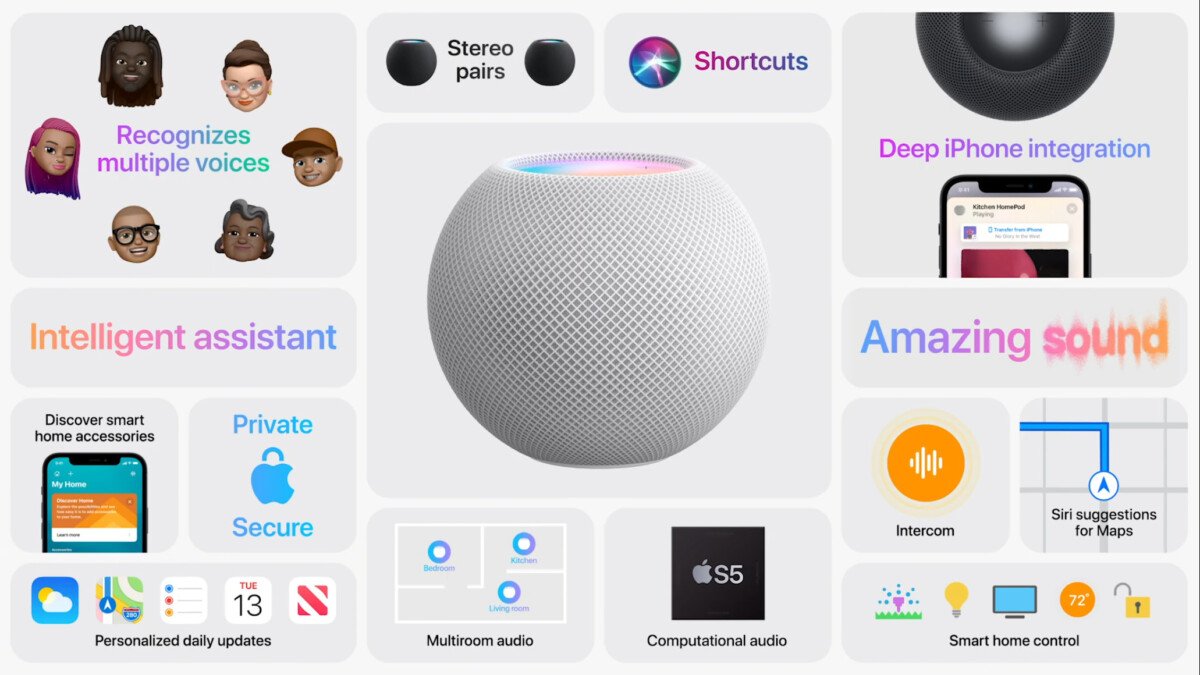 The characteristics of the HomePod Mini // Source: Apple

Finally, Apple also took advantage of the event to unveil a new feature called Intercom. This, as its name suggests, will send a voice message to all the speakers in the house. Convenient to call everyone to dinner without having to yell down the stairs. Messages can also be played on AirPods or iOS devices.

But one of the biggest improvements to the smart speaker is Siri. Apple’s voice assistant, which was for a long time ineffective on the HomePod, will finally come close to functions seen on the Google Assistant side. Siri will be able to give you information, your appointments, and information about each differentiated user by voice. All this is in addition to voice control of music and the connected home.

Apple’s HomePod mini speaker will be available for pre-order starting November 6. The first models will be delivered on November 16. Two colors are available, white and black, at a price of 99 dollars.

IPad Air 2020 Test: The Best Alternative To The iPad Pro