On April 9, 2020, Honor announced its latest middle-class smartphone Honor Play 4T Pro. Similar to other the Honor Play series, the mobile phone came with capabilities that outperform many other highest-priced mobile phones. When Honor started the Honor Play series, it comes with a leading processor with cameras that support 4K and sold as the middle-class smartphone market. And similarly, this time, the Honor Play 4T Pro mobile went with the new processor Kirin 810 when they launched Honor 30S at prices 4 and 5 thousand recently. So let’s get to know the specifications and the price of this mobile phone so that we can see whether it worth it! 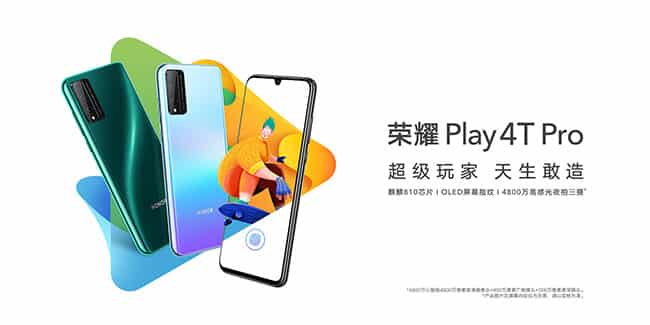 It comes with the OLED AMOLED notch screen of FHD+ resolution, which supports multi-touch, the same display that we saw in the Huawei P40 Pro flagship mobile. With a size of 6.3 inches, the screen-body rate of Honor Play 4T Pro reaches 83.2%, its display resolution is 2400 by 1080 pixels (Full HD Plus), with an aspect ratio of 20: 9, and a pixel density of 418 pixels per inch. The phone carries an external speaker to amplify the sound during calls or while playing multimedia files, and it also has a dedicated port for 3.5mm jack headphones.

There are two versions of the phone capacity of RAM, as follows:

And the internal memory comes in the type of UFS 2.1 and supports a nano memory card with a space of up to 256 GB at the entrance to the chipset.

And the photography design is the highlight of the Honor Play 4T Pro.  Play 4T Pro adapts with a triple rear camera

What’s more, the rear cameras support HDR and Panorama mode, with the ability to record 2160 pixels video at a speed of 30 frames per second, and the cameras carry a single LED flash. It records the same quality video that the Xiaomi Note 9 Pro Max mobile cameras support.

The phone has two ports to add two Nano-SIM cards (both cards work in Stand-By mode), as the phone connects to 4G networks through both SIMs, it can connect to the Internet through chipsets at the speeds of the second generation EDGE, the third generation HSPA, and the fourth generation LTE.

It supports Bluetooth version 5, GPS, with A-GPS, Glonass, and BDS, and has a modern USB Type-C port in addition to the USB On The Go feature to power USB devices via Charging port (such as mouse and keyboard), but the phone does not support the broadcasting system.

It carries a 4000 mAh battery, which supports 22.5W fast charging, from lithium polymer and is a kind of difficult to remove. 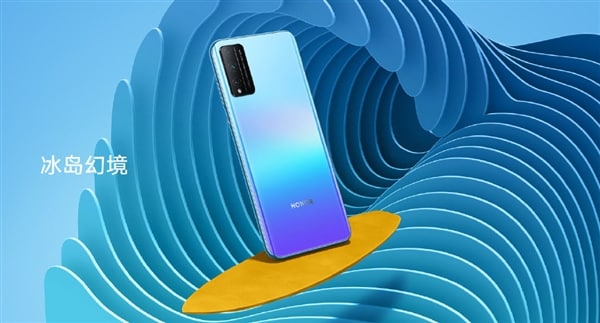 Personal speaking，Honor Play 4T Pro is really a powerful smartphone at this price，it can satisfy your daily use. And it is suitable for teenagers or elder people! And It will start to sell on April 21! If you want to buy a new handset, concern on it！

Specifications and Price of the Oppo A92s Mobile Phone