Huawei will hold a Product Announcement in Paris on October 17

Huawei latest mobile Huawei Mate 30 series was just released. Here is news that Huawei product announcement will be held in Paris on October 17th. It is said that it will release a new series all-screen smartphone. 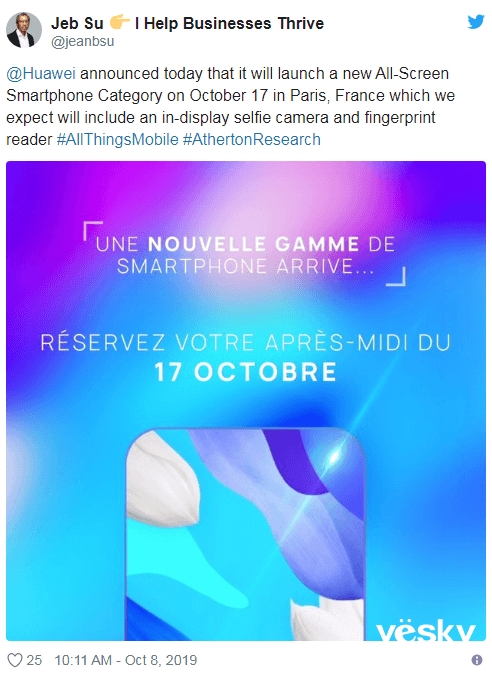 From the invitation, it seems to predict that the new Huawei mobile phone is a no bezels smartphone. A front dominated entirely by the screen, the body screen ratio is 100%.

As we all know, the design of increasing the phone screen ratio is the focus, which all brand manufacturers work hard to deal with.

And China technology giant Huawei always brings new technology to the market ahead of its rivals. Let’s looking forward to it!