Motorola Edge and Edge Plus Official: Surprise, the Manufacturer Returns to the High End!

As expected, Motorola introduced its new flagship, the Motorola Edge Plus. Very ambitious smartphone set on the proposal of competitors, it will be on sale in May at a price of 1299$ .It is accompanied by a premium 5G compatible smartphone called Motorola Edge. It will be offered at 645$. 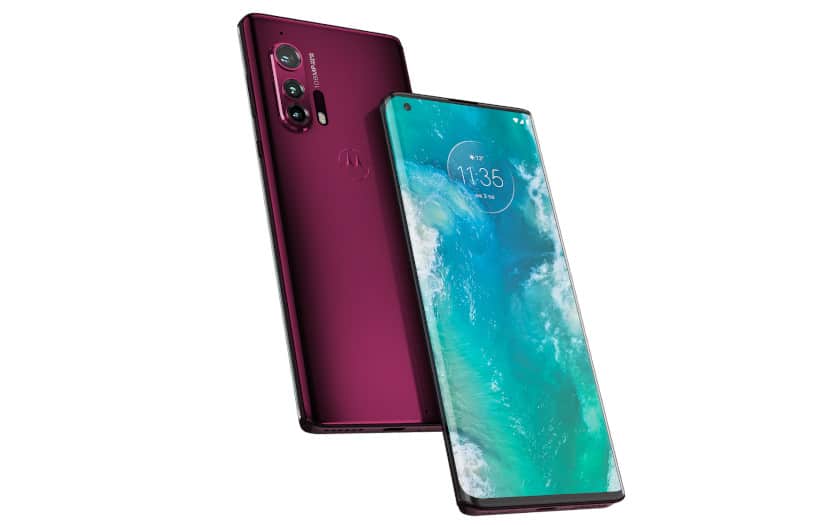 Even if the brand’s good years have passed, Motorola has not yet said its last word in mobile telephony. After creating the sensation in recent months thanks to its new Razr, a smartphone with foldable screen sold around $1,500 (much cheaper than other folding smartphones on the market), the American brand hopes to take advantage of this craze to give to more traditional models a little more visibility in the media.

Tonight, Motorola hosted an online event to showcase two smartphones that the rumors had largely leaked: the Motorola Edge and the Motorola Edge Plus. The first is a premium mid-range model. And the second, which attracts everyone’s attention (and on which Motorola has largely focused its speeches at the end of the day, is a high-end flagship which wants to be the legitimate competitor of the Huawei P40 Pro, the Galaxy S20 Ultra, the iPhone 11 Pro, Find X2 Pro or the Mi 10 Pro. In short, the most ambitious models of recent months.

Price inflation, even at Motorola

Moreover, the Motorola Edge Plus ape this inflationary competition by opting for a very ambitious price. If across the Atlantic the phone will be sold at 999 dollars, positioning it in front of an OnePlus 8 Pro, the amount requested by Motorola in Europe breaks the ceiling: 1299 $. What do you get for this price? A very nice technical sheet. And it’s been a long time since Motorola had not shown a little ambition in this point of view, preferring to opt with the Moto Z for less expensive proposals (with some concessions necessary). 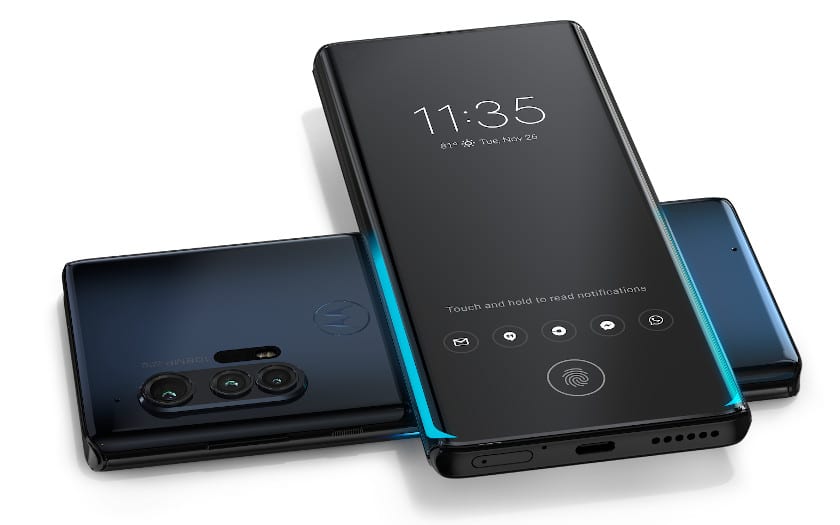 What is this Edge Plus made of? The Motorola Edge Plus is equipped with a 6.7-inch AMOLED screen. The smartphone gets its name from the curved edges. The definition is Full HD + for a resolution of 385 pixels per inch. A choice certainly made to optimize autonomy. The refresh rate is 90 Hz. And the screen incorporates a fingerprint reader. The chipset is a Snapdragon 865, accompanied by 12 GB of RAM (LPDDR5 format) and 256 GB of storage (without possible expansion. Edge Plus is 5G compatible. Its battery capacity reaches 5170 mAh. It is compatible with fast charge, charge wireless and reverse charge Motorola promises two days of battery life.

On the phot side, Motorola Edge Plus is equipped with three photosensors on the back. The first is a 108-megapixel sensor. It is stabilized and its lens opens at f / 1.8. It captures photos in 27 megapixels by default (Quad Bayer mode). The second is a stabilized 8-megapixel sensor with a 3x zoom telephoto lens. The Back is a 16-megapixel sensor with a wide-angle lens for the Back). All three are accompanied by a time-of-flight camera (TOF) for focusing and bokeh. At the front, you will find a 25-megapixel selfie sensor. Finally, a new interface is integrated. It’s called My UX.

Now let’s talk about the second smartphone. The Motorola Edge is a premium model, 5G compatible and physically quite close to the Edge Plus. Its screen is the same: AMOLED technology, size 6.7 inches, curved edges, Full HD + definition, 90 Hz refresh rate, integrated fingerprint reader. The chipset is a Snapdragon 765G. Depending on the version, it is accompanied by 4 or 6 GB of RAM and 128 GB of storage. Here, a microSDXC port is present. The battery reaches the capacity of 4500 mAh.It is also fast charging compatible. 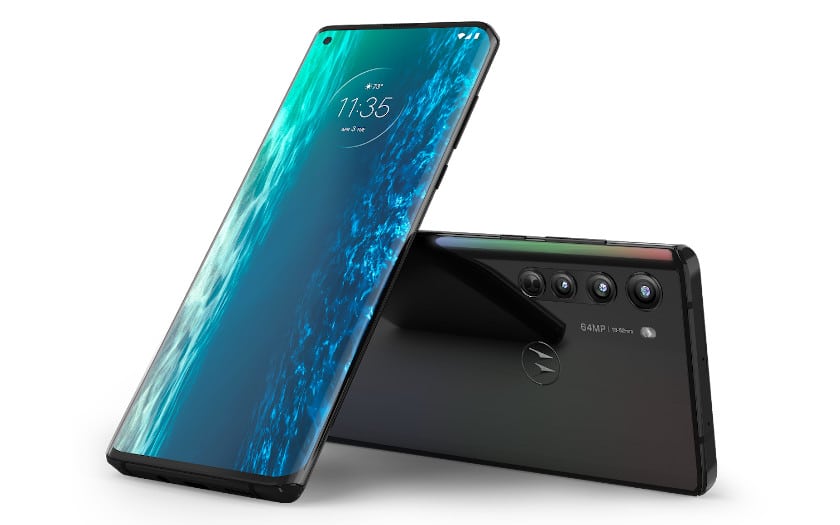 On the photo side, the Motorola Edge is also equipped with a triple photosensor. The main sensor is a 64-megapixel model. The second is an 8 megapixel model with a 2x optical zoom. The third is a 1 6 megapixel model with a wide-angle lens.No optical stabilizer here, but the time-of-flight camera is kept. The selfie sensor is a 25-megapixel model,like the Edge Plus. My UX interface is also present. The Motorola Edge will also arrive in France. Its price will be 599 euros. The brand does not specify which version it is. We hope it will be the version with 6 GB of RAM.
SaveSavedRemoved 0

IPad Pro 2020 Review: The Best Soup is in the Old Jars