Warning: Use of undefined constant TDC_PATH_LEGACY - assumed 'TDC_PATH_LEGACY' (this will throw an Error in a future version of PHP) in /home/customer/www/hugtechs.com/public_html/wp-content/plugins/td-composer/td-composer.php on line 107
 Samsung Galaxy Note 20 Ultra vs Galaxy Note 10+: which is the best smartphone? - Hug Techs Skip to content 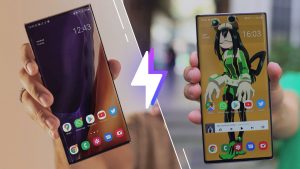 The Galaxy Note range has a special place in the hearts of Samsung fans. Not only is he the one who popularized the “phablet” format (large phones), but he is also the last bastion of stylus enthusiasts with his S-Pen, very efficient at taking notes quickly and taking advantage of some additional features. . While the new generation has just been marketed, a question arises: should we fall for the latest flagship, the Samsung Galaxy Note 20 Ultra, or settle for the previous model, the Galaxy Note 10+?

Don’t know which one to choose? To help you, here is a detailed comparison of the two premium smartphones from the Korean manufacturer.

Overall, Samsung has not changed its winning formula and it is difficult for the untrained eye to tell a Galaxy Note 20 Ultra from a Galaxy Note 10+ at first glance. However, there are several elements that distinguish them from one another, including on their front.

We find the curved screen and a very rectangular format with marked angles and little chamfers, but the bubble housing the front camera is slightly more discreet, as are the borders at the top and bottom of the screen. It’s tiny, but the difference is there. 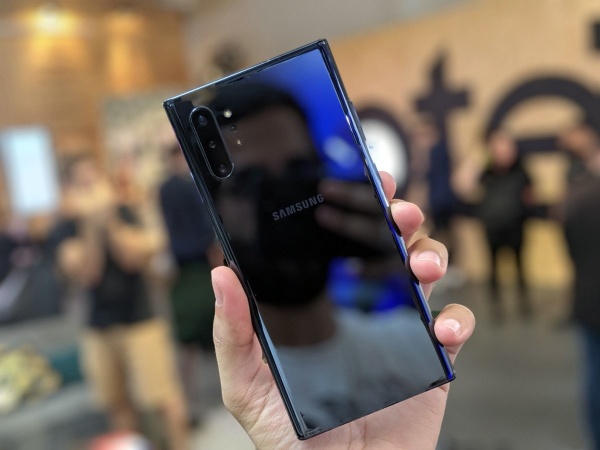 Rather, it is from the back that the two phones are more easily recognized. On the 2019 model, the photo module has three lenses arranged in line, with flashes and other more discreet focusing sensors on the side. On that of 2020, Samsung takes the bulky domino of the Galaxy S20 Ultra, very protruding in the process.

We nevertheless appreciate on certain color variants the transition to a matt back, which marks less fingerprints. The copper version immediately takes effect. 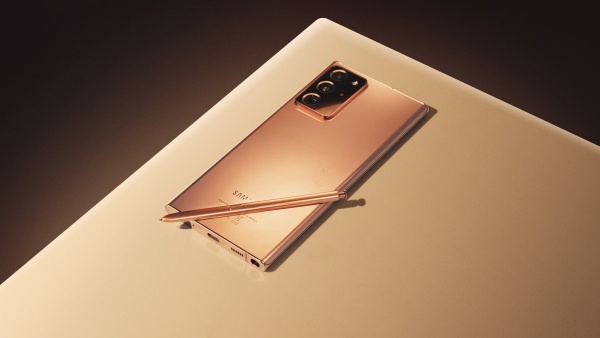 The other differences are quite small since it is a change of side for the location of the stylus or some buttons, a few millimeters more in height and thickness to integrate a larger screen and a larger battery. But also 12 grams more on the scale, raising the Galaxy Note 20 Ultra the fateful bar of 200 grams. On a device of this size, it’s not huge, but psychologically, it can play.

This imposing and neat design is, as always with Samsung, enhanced by a magnificent 1440p Amoled panel (3200 x 1440 pixels for the most recent model against 3040 x 1440 pixels for the older generation). The size remains substantially the same with a gain of 0.1 inch from one year to the next, and the Korean giant remains as always the master in the matter with a factory calibration that knows how to delight the pupils and offer a wide range of colors approaching the optimal calibration. 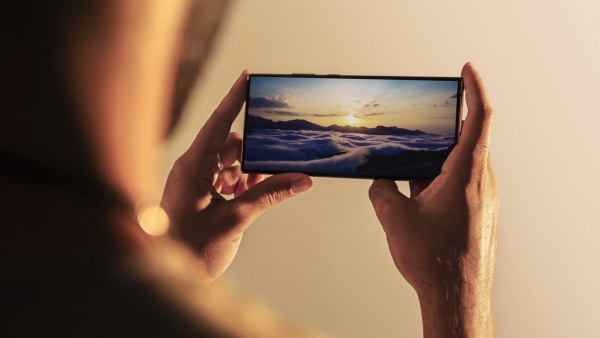 We’re not going to nitpick over the details, the Galaxy Note 20 Ultra’s screen is better according to our probe, but there is no doubt that your eye will have a hard time actually perceiving these improvements. On the other hand, there is one point that is not negligible at all: the switch to 120 Hz.

With its Galaxy Note 20 Ultra, Samsung is unveiling a new adaptive screen refresh technology that oscillates between 10 and 120 Hz as needed without being too power hungry. This is a gain in fluidity which is not always obvious to the uninformed user, but which very quickly becomes difficult to do without once you have tasted it for a while. 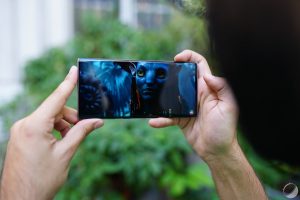 Clearly, the Galaxy Note 10+ display is gorgeous, but the Galaxy Note 20 Ultra  strikes even harder and is among the best in the market today, if it doesn’t take the top step of the podium.

Released on Android 9, the Galaxy Note 10+ has since upgraded to Android 10, the native version of the Galaxy Note 20 Ultra, with the One UI 2.0 interface. Here again, you won’t find much difference between the two smartphones then.

It is perhaps in the duration and the responsiveness of the updates that we can find an advantage for the latest comer. While Samsung now promises 3 major versions of Android on its flagships, this leads to Android 12 for the Galaxy Note 10+ and Android 13 for the Galaxy Note 20 Ultra.

While there is no real comparison to be made between the interface of the two smartphones, it can nevertheless be noted that in 2020 Samsung has refined its famous stylus, the S Pen. With a latency rate of only 9 ms – against 42 ms for the previous generation – it clearly gains in fluidity on the Galaxy Note 20 Ultra.

On top of that, the latest Korean is getting a few extra “Air Actions” moves to use the stylus like a magic wand to control the phone from a distance. This is nothing out of the ordinary and we imagine that it should happen quickly on the previous generation through an update, but it’s still a difference.

To animate the whole, we find on board the two smartphones of the house chips: the Exynos 9825 in the case of the Galaxy Note 10+, the Exynos 990 in the case of the Note 20 Ultra, with still 12 GB of RAM to support the whole thing. Both chips are engraved in 7nm and both are a little disappointing from an energy point of view compared to their American counterpart (Snapdragon 855 or Snapdragon 865 Plus).

In terms of benchmarks, the generation gap is felt with a gain of 42% for example on the graphics part of 3DMark:

In fact, in terms of raw performance, this difference is much less felt since even Fortnite, which is one of the most demanding games available today, is limited to 30 FPS and overall keeps this framerate constant both on a phone and on the other.

The Galaxy Note 20 Ultra therefore takes an advantage here which will be more of a comfort in the long term if certain games take over or if Epic Games and Samsung finally decide to work together to optimize the famous battle royale and raise this limit to 60 FPS. As it is, however, the gain in power is hardly felt on a daily basis.

Today, a smartphone that claims to be premium cannot ignore the photo part, often serving as a differentiator in a market that has become relatively uniform in many ways. It is therefore normal to see Samsung playing the game every year and improving this point even more over time. 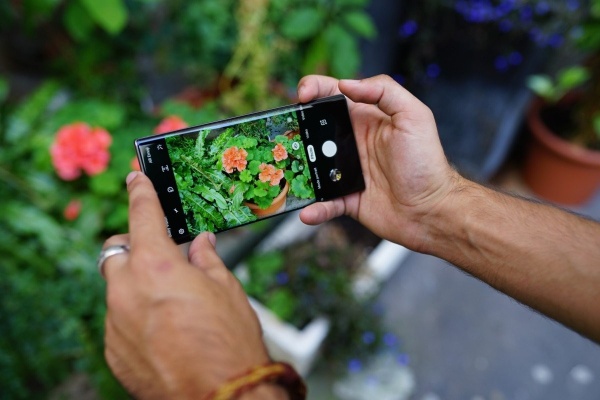 On this point, the two smartphones are doing very well, both in daylight and in low light, but the Korean giant has revised its various sensors to offer the best versatility and the best quality. Thus we find:

and on the Galaxy Note 20 Ultra:

Note that Samsung deemed the ToF sensor unnecessary in 2020, replaced by more precise algorithms. This does not prevent him from taking beautiful portraits with a soft depth blur and well managed at the cutout level.

The rest of the sensors are also thought to offer better versatility with a more pronounced telephoto magnification and higher definition of the main sensor, although the pixel binning merges 8 pixels into 1 for a final rendering of 13.5 Mp most of the time. time. The sharpness is also increased, especially if you force the switch to 108 Mp, but be careful of the available storage space.

It should be noted that Samsung tends to increase the saturation of its photos, which makes the photos very vivid. It’s nice to look at, but this is a point that the manufacturer is often criticized for due to the lack of realism. This effect has nevertheless been slightly attenuated on the Note 20 Ultra, which offers (a little) more natural colors for a more homogeneous result. 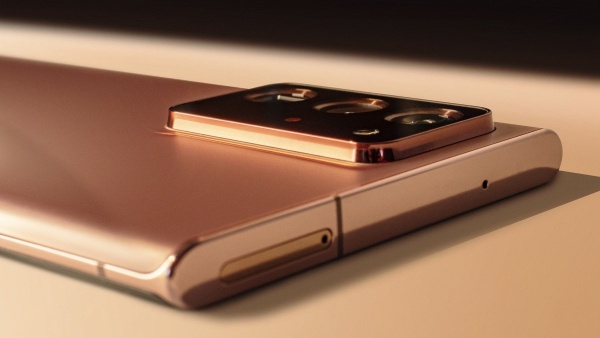 At night, images are also sharper on the Galaxy Note 20 Ultra, especially at angles and more detailed in dark areas. 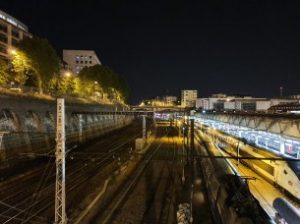 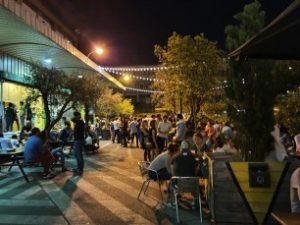 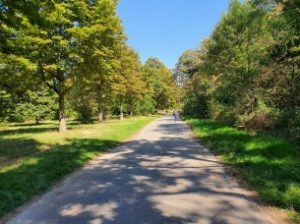 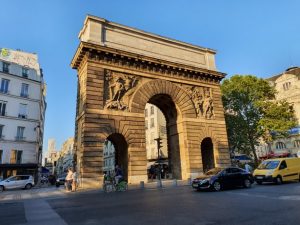 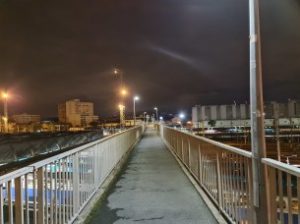 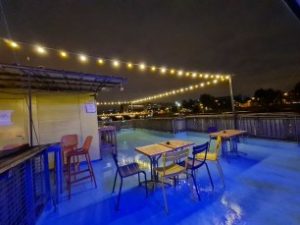 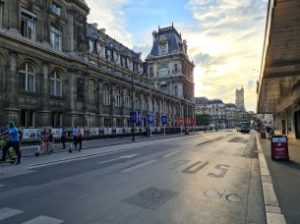 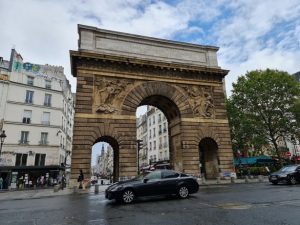 To conclude, this is certainly where the Galaxy Note 20 Ultra will stand out best from its little predecessor, even if the latter will not have to be ashamed of its other competitors.

As pointed out earlier, the battery of the Galaxy Note 20 Ultra is a little larger than that of the Galaxy Note 10+ with 4500 mAh against 4300. What will play in the balance, however, is the 120 Hz screen, which will consume much more. When it comes to autonomy, despite its smaller battery, the Galaxy Note 10+ is doing better, as our SmartViser automated test proves, which took 11 hours and 5 minutes to drain the phone’s battery, compared to only 7 hours and 45 minutes for the latest Samsung. 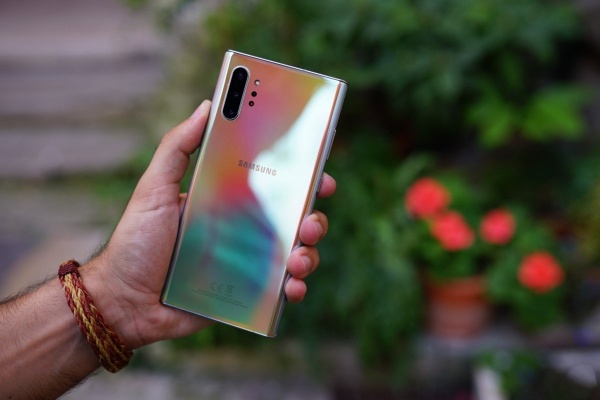 On the one hand, we therefore have a very reassuring smartphone that can last a good day and a half with moderate use, and on the other a smartphone with which we wonder if we will end the day.

But it should be noted all the same that it is possible to reduce the refresh rate of the Note 20 Ultra’s screen and that once it is blocked at 60 Hz, the smartphone will have lasted more than 2:30 p.m. on our automated test. .

You will understand, you can sacrifice one comfort to enjoy another, at least you will have the choice …

For recharging, rely on a 25W AC adapter in the box. Allow about 1h20 for a full recharge in either case.

The Network Of The Future :

There is one point that has never been highlighted in our reviews before, but which is starting to gain importance in 2020: the Galaxy Note 20 Ultra is 5G and eSIM compatible by default. If you plan to keep your smartphone for several years, this will matter. 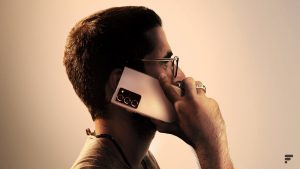 In the case of the Galaxy Note 10+, 5G is optional. So you have to pay a slightly more expensive model to take advantage of it and be careful with the purchase.

Which To Choose Between The Galaxy Note 20 Ultra And The Note 10+?

It seems obvious that, released a year later, the Galaxy Note 20 Ultra is better than its little brother on most of the points mentioned here. Sleeker design, larger screen, refresh rate of 120 Hz, more power, increased photo quality … in the end, only its autonomy can be considered a weak point in this duel if we spend the whole day in 120 Hz, but even on this it is possible to make it even better than its predecessor by forcing 60 Hz. 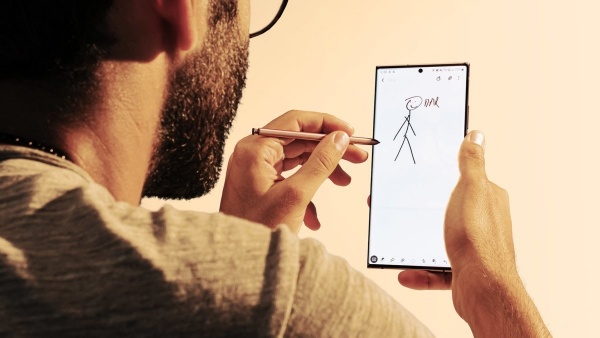 If you are looking for the best of the best, this is the place to look. But the Galaxy Note 10+ is never far behind when it comes to quality and it remains a sure bet, even at the end of 2020. Plus, it has an important point to make: a price almost halved.

With such a price difference and one of the main arguments of the Note 20 – the 120 Hz screen – which goes up in smoke as quickly as its battery, the question therefore arises legitimately and if do not want to spend more than 1000 dollars in a smartphone, we therefore advise you to opt for the Galaxy Note 10+ in this case, or to wait for the most recent to drop a little in price, which usually happens quite quickly. 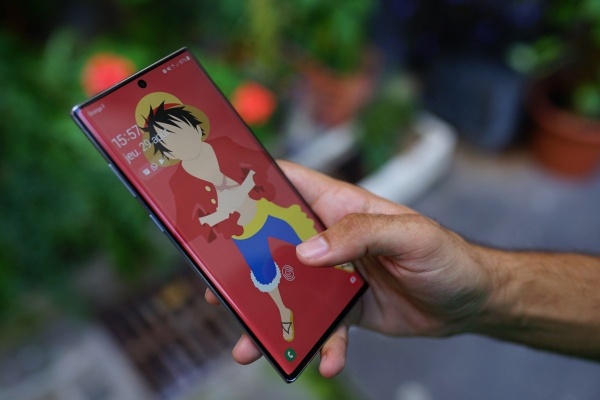