Nubia has just lifted the veil on the Red Magic 5S, a slightly improved version of the Red Magic 5G. The gaming smartphone stands out with its 144 Hz screen, a 4500 mAh battery compatible with 55W charging, Qualcomm’s Snapdragon 865+ SoC and 16 GB of RAM. With its solid spec sheet, it tackles the Asus ROG Phone 3 head-on. 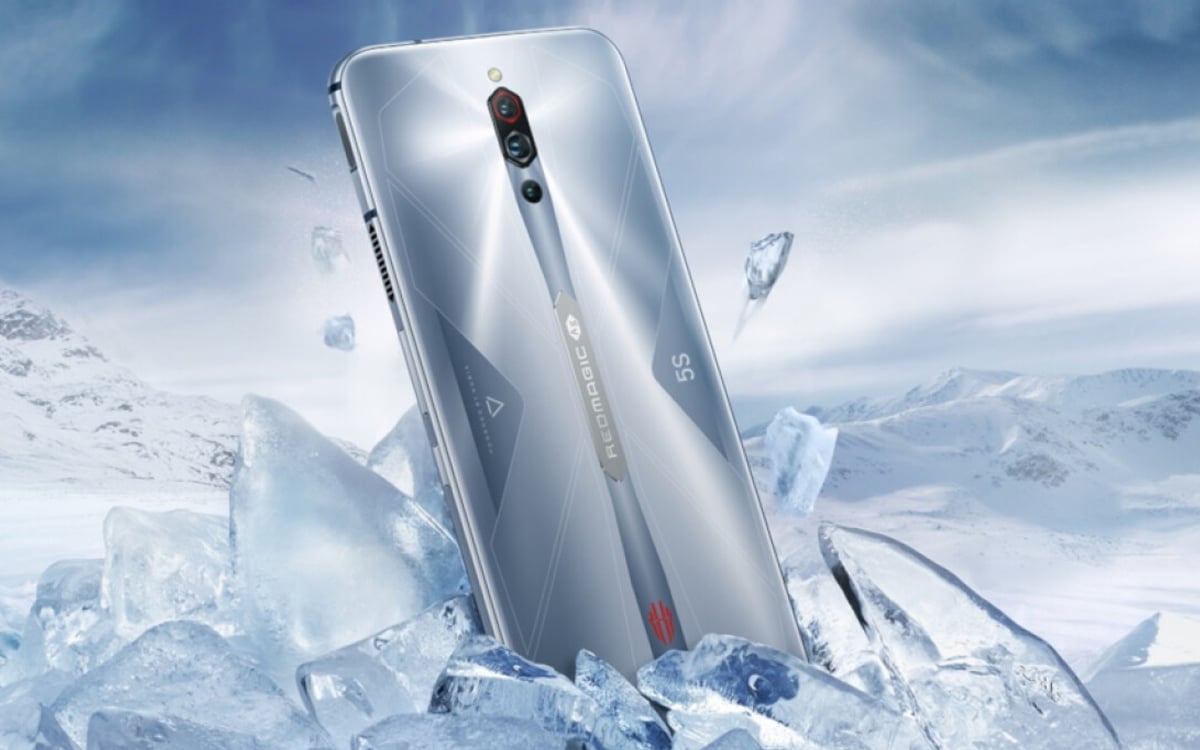 On July 28, Nubia, a ZTE subsidiary, presented the Red Magic 5S at a conference in China. This is an improved version of Red Magic 5G launched last March. This new iteration differs from its predecessor with the integration of Qualcomm’s new chipset, the Snapdragon 865+, which can stand up to Asus ROG Phone 3 on the performance side.

The Technical Sheet Of The Red Magic 5S :

Like its predecessor, the Red Magic 5S is built around a 6.65-inch Full HD + AMOLED screen that offers a 144 Hz refresh rate and 240 Hz sampling. Nubia has placed a fingerprint reader under the panel OLED. The Chinese brand integrates physical keys dedicated to mobile gaming on the edges and a 4D vibration system for better immersion.

The gaming smartphone is powered by the Snapdragon 865+ SoC coupled with 8, 12 or 16 GB of RAM and 128/256 GB of internal storage. The Red Magic 5S therefore offers slightly better performance than the Red Magic 5G. Autonomy is entrusted to a 4500 mAh battery compatible with 55W wired fast charging. To avoid overheating, there is a home cooling system developed by Nubia.

Finally, Nubia is once again relying on a triple photo sensor consisting of a 64-megapixel main sensor, a second 8-megapixel ultra-wide-angle sensor and a 2-megapixel macro sensor. On the front, the firm incorporates a sensor for selfies of 8 megapixels.

The Nubia Red Magic 5S is available for pre-orders in China starting today, with the first open sale scheduled for August 1st. The device will be available in the following  configurations:

The gaming smartphone will land on the European market during the month of September 2020. We can expect a price similar to the Red Magic 5G. As a reminder, the terminal is available in two versions: 128GB / 8GB for 682$, and 256GB / 12GB for 764$. We’ll tell you more as soon as possible.

While waiting for more information, please feel free to give your opinion in the comments below.

Getting started Aukey EP-T21: the alternative to Xiaomi's Redmi AirDots?