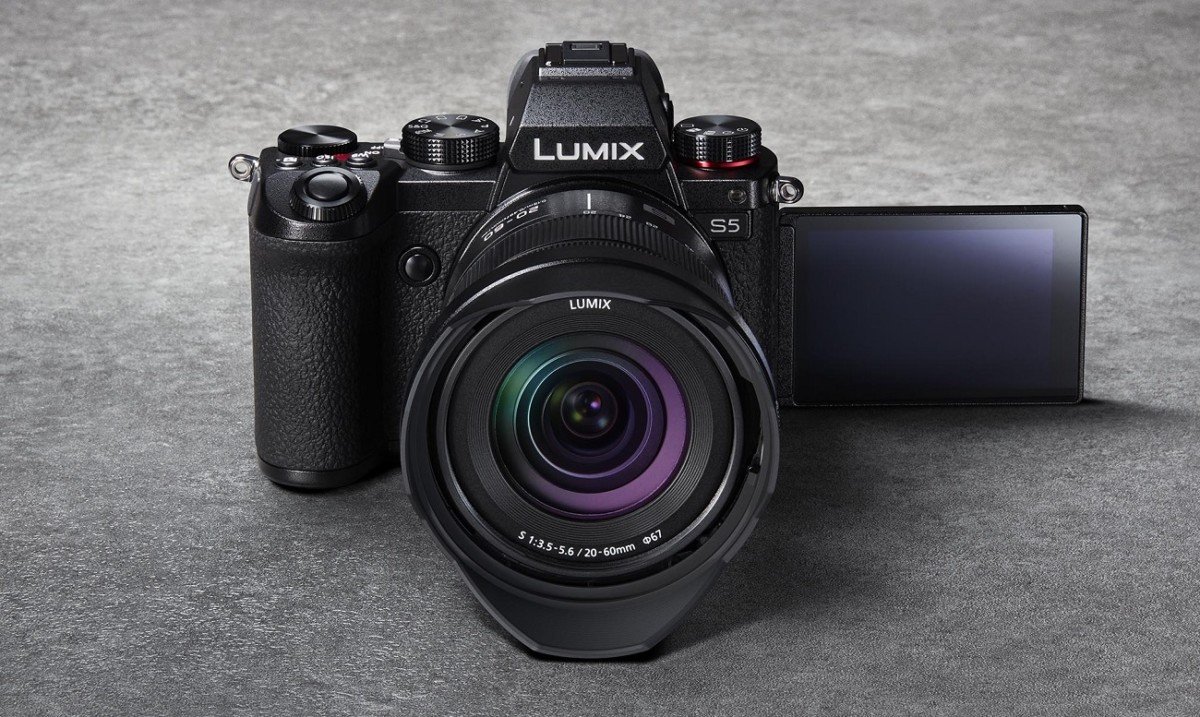 Definitely, in the field of photography, it is the rush towards the full frame. In recent years, manufacturers have all launched reflex or mirrorless cameras with large sensors, in 24 x 36 mm format. It must be said that this size of sensor has the advantage of capturing more light and is therefore more suitable for photos and videos in low light or for offering a nice bokeh effect.

If Panasonic has long confined itself to the micro 4/3 format for its mirrorless cameras – that is to say with 12 x 18 mm sensors – the Japanese manufacturer launched into the battle a little ago over a year with the Panasonic Lumix S1, followed by the Lumix S1R and S1H. Now, the Kodama company is going even further with a new, much more compact full-frame body, the Panasonic Lumix S5.

As Compact As A Lumix GH5 :

And compact, the Lumix S5 really is. It must be said that despite its large 24 x 36 sensor, the case offers overall dimensions similar to those of the Lumix GH5, yet equipped with a micro 4/3 sensor. It also displays a weight on the scale of 714 grams. That’s 30% lighter than the weight of the Lumix S1, at 1017 grams, and even lighter than the Panasonic Lumix GH5, at 725 grams. And despite this rather compact size, Panasonic has not made great sacrifices for this new Lumix S5.

The case is indeed equipped with a 24.2 megapixel sensor without a low-pass filter, similar to that of the Lumix S1. It also offers dual ISO native to 640 and 4000 in video with V-log mode, as well as a sensitivity ranging from 50 to 51,200 ISO (50 to 204,800 ISO in extended mode) and the same processor. image Venus Engine than on the Lumix S1. Still on the shooting characteristics, the camera allows a shutter speed configuration ranging from 1/8000 of a second to 60 seconds. For burst mode, the Lumix S5 is capable of shooting up to 5 frames per second with continuous autofocus (AF-C) and up to 7 frames per second in single focus (AF-S).

On the development side also, Panasonic announces some new features. It must be said that the cameras of the Japanese brand are not the most famous for their autofocus monitoring, especially in video. On this point, the Lumix S5 still benefits from a 225-zone contrast detection system, but has added artificial intelligence algorithms. As you use it, the camera is supposed to improve to detect the subjects you want to focus on. In addition, Panasonic has planned for improved face and eye tracking, especially when the subject is about to turn their head or someone else walks past in a movie, for example.

Video is one of the main points highlighted by Panasonic on its Lumix S5. The device is indeed capable of shooting 4 K 60 p 4:2:0 10-bit sequences recorded internally. It is also possible to opt for 4 k 30p 4:2:2 10 bit sequences. Unfortunately, 4K 60p 4:2:2 10-bit recording is not offered internally, but it is still possible using an HDMI recorder. 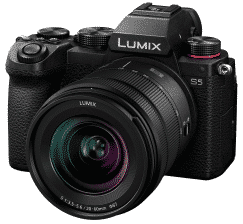 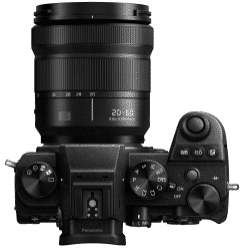 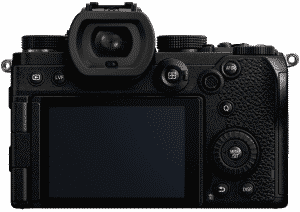 Speaking of ergonomics, in addition to its light weight, the Panasonic Lumix S5 also benefits from a 3-inch swiveling touchscreen displaying 1.84 million dots as well as a 2.36 million dot Oled viewfinder. It takes advantage of two SD card slots: one for UHS-I or UHS-II card and one only for UHS-I card. The box also benefits from a USB-C socket for recharging or powering, a mini-HDMI socket, a microphone input in 3.5 mm jack format and an audio output, always in jack format. 3.5mm. Regarding the battery, Panasonic ensures that the new accumulator developed especially for its Lumix S5 can capture up to 470 shots in classic mode, and up to 1500 with the viewfinder’s ECO mode.