Warning: Use of undefined constant TDC_PATH_LEGACY - assumed 'TDC_PATH_LEGACY' (this will throw an Error in a future version of PHP) in /home/atoyjmcd/hugtechs.com/wp-content/plugins/td-composer/td-composer.php on line 107
 Xiaomi Poco F2 Pro formalized: a flagship for less than 541 $, All SPECS... - Hug Techs

Xiaomi Poco F2 Pro formalized: a flagship for less than 541 $, All SPECS…

May 16, Xiaomi launched the Poco brand internationally with a new smartphone, the Poco F2 Pro. Two after its release, the POCO F1 is finally entitled to a successor: the POCO F2 Pro. The formula has not changed. High-end equipment and aggressive prices are again on the program. Let’s see what has… 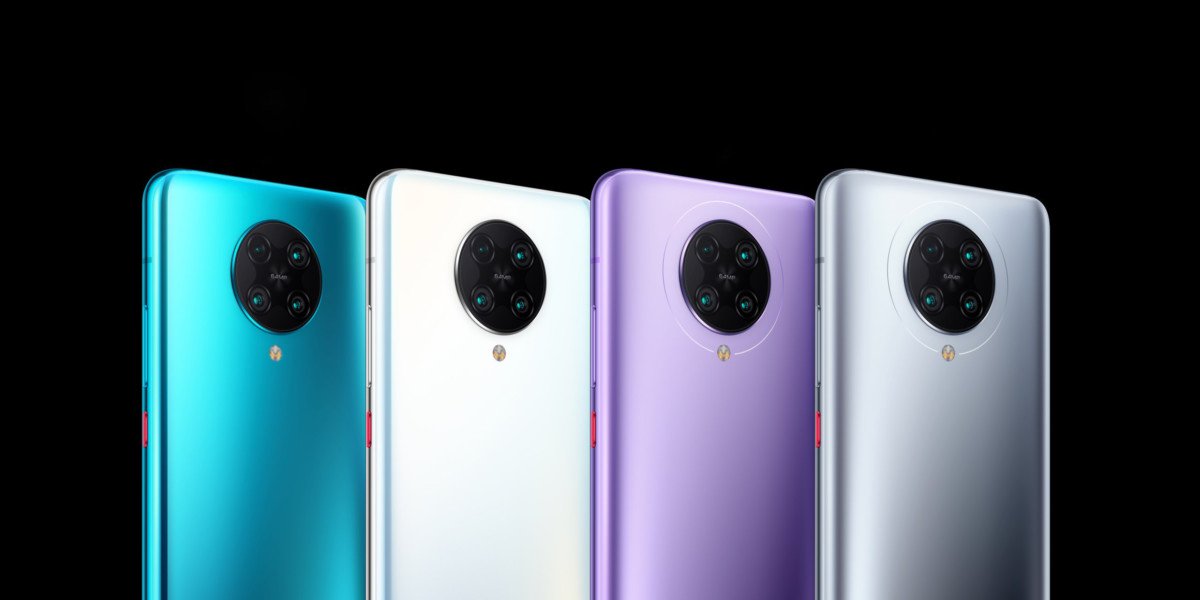 In 2018, Xiaomi had managed to make an impression with the launch of the Pocophone F1, a smartphone with a very aggressive price/performance ratio. The smartphone sold more than 1.64 million copies but had no successor in the West. The brand returns with a new smartphone, the Poco F2 Pro. In reality, the name is new, but the smartphone is a little less so since it is a Redmi K30 Pro. 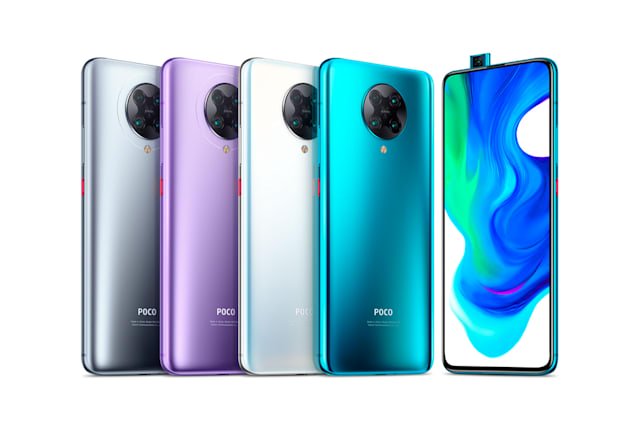 POCO’s first smartphone focused on speed, and this is also the case with this new model. We thus find behind its 6.67 inches Full HD + AMOLED screen without the notch but without borders thanks to a 20-megapixel “pop-up” camera for selfies and with integrated fingerprint reader, the famous Snapdragon 865.

Processor the most powerful to date of Qualcomm, it is also accompanied by 6 or 8 GB of LPDDR5 memory for RAM and 128 or 256 GB of UFS 3.1 memory for storage, while a new cooling system takes care of keeping the phone cool. This one, called LiquidCool 2.0, consists of several layers of graphite to which are added elements of graphene as well as a steam chamber among the largest that could be found on a smartphone, according to POCO. 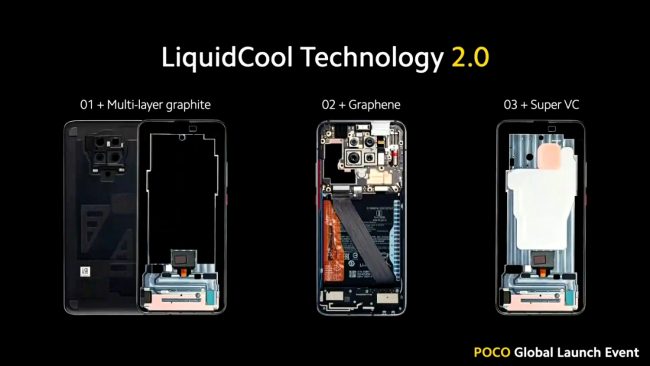 The Poco F2 Pro, like the Redmi K30 Pro and the Pocophone F1, therefore focuses above all on its performance. For this, we find the best chip available on the market, the Snapdragon 865, which allows the smartphone to be 5G compatible and wonderful. The SoC is supported by 44 GB /s LPDDR5 RAM, and UFS 3.1 storage memory at 777 MB /s. 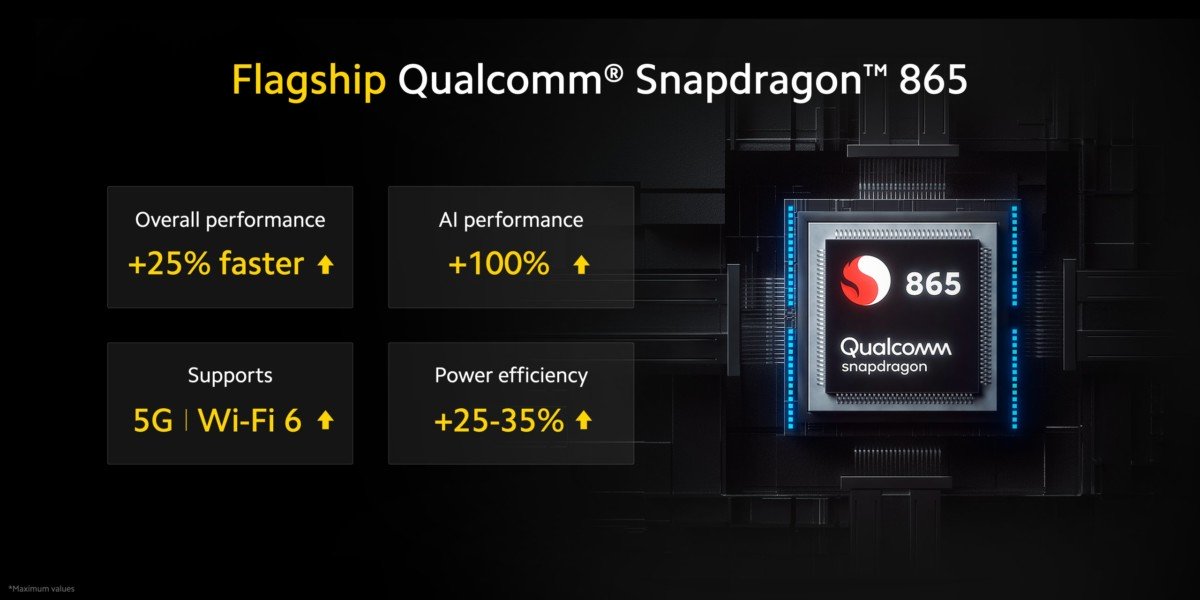 Poco promises to have taken great care to integrate an efficient cooling system on the phone, which should allow the smartphone to maintain good performance over time, even with demanding tasks like video games. The smartphone also has incorporated a 4700 mAh battery and a fast charge 30 Watts, announced as allowing to recharge the smartphone to 100% in 63 min.

Of course, the speed also involves connectivity, and the POCO F2 Pro is naturally 5G compatible thanks to the modem built into the Snapdragon 865. Wi-Fi 6 is also part of it, and POCO also evokes ” Super Bluetooth ”with NFC for pairing and an infrared transmitter that it still indicates useful to many users, as well as the headphone jack. The smartphone, therefore, incorporates one, in addition to a USB-C port to fully recharge the battery in 63 minutes thanks to a fast charge 30 W. No mention, however, of a wireless charge. 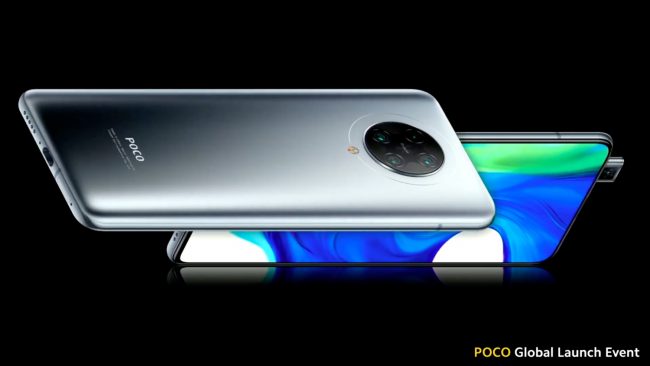 The photo has obviously not been forgotten either and in addition to 20-megapixel pop-up camera for selfies, the POCO F2 Pro includes a rear photo block consisting of four modules.

The main one is based on the 64-megapixel Sony IMX686 sensor combined with pixel binning to reduce the weight of the shots and increase the pixel size, which reaches 1.6 µm when combined by four. What also increases the amount of light they are able to absorb, but the POCO F2 Pro also inaugurates a night mode 2.0 for photos in low light.

Its rear photo block also includes an ultra and-angle (123 °) module of 13 megapixels, another 5 megapixels with 2X zoom for macro (3 to 7 cm) and a last of 2 megapixels to assist portrait mode with depth measurements. For video, the smartphone offers to record up to 8K at the back, with stabilization that we imagine digital and Pro and Portrait Video modes. Slow-motion selfies are also mentioned for the front camera. 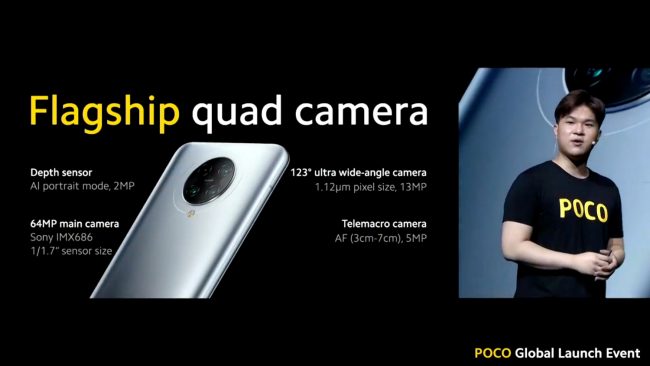 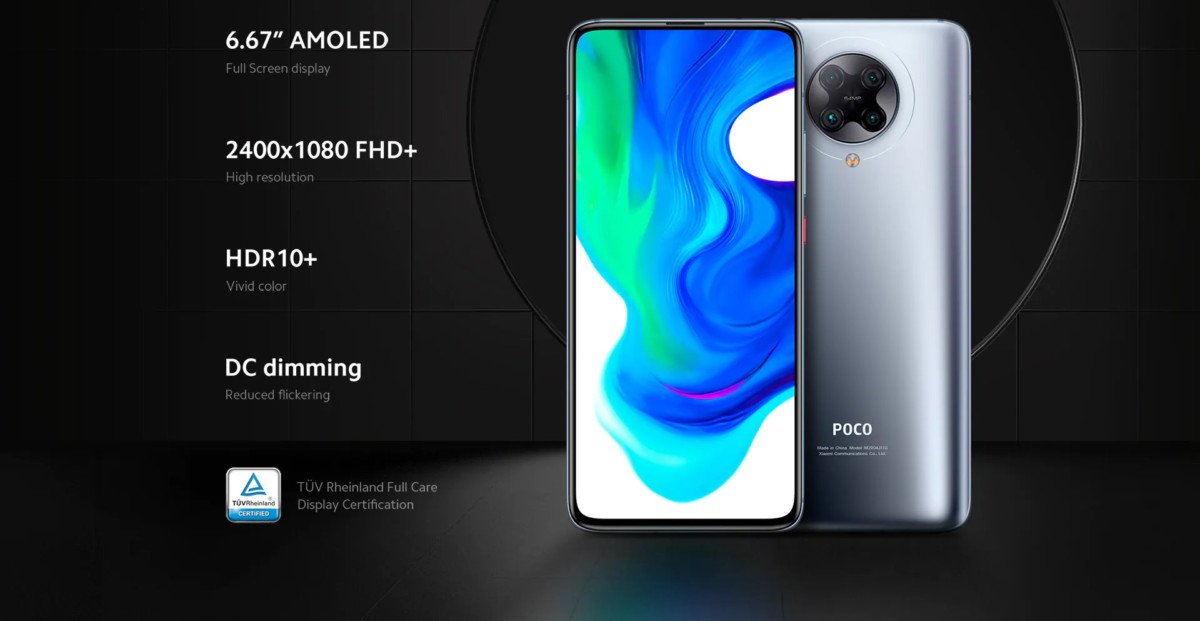 POCO F2 Pro has a good high-performance performance, a display panel with no holes, and a four-lens main camera. Its pricing is even sharper, and it can be called the new flagship killer. Right now we can buy it From Geabrest at $499.99 or in other stores with best price.