Achraf Grini
SaveSavedRemoved 0
Realme has just announced its new smartphones at affordable prices, the Realme 7 and 7 Pro. The 7 Pro model is particularly interesting with its Oled screen and 65 W fast charge. 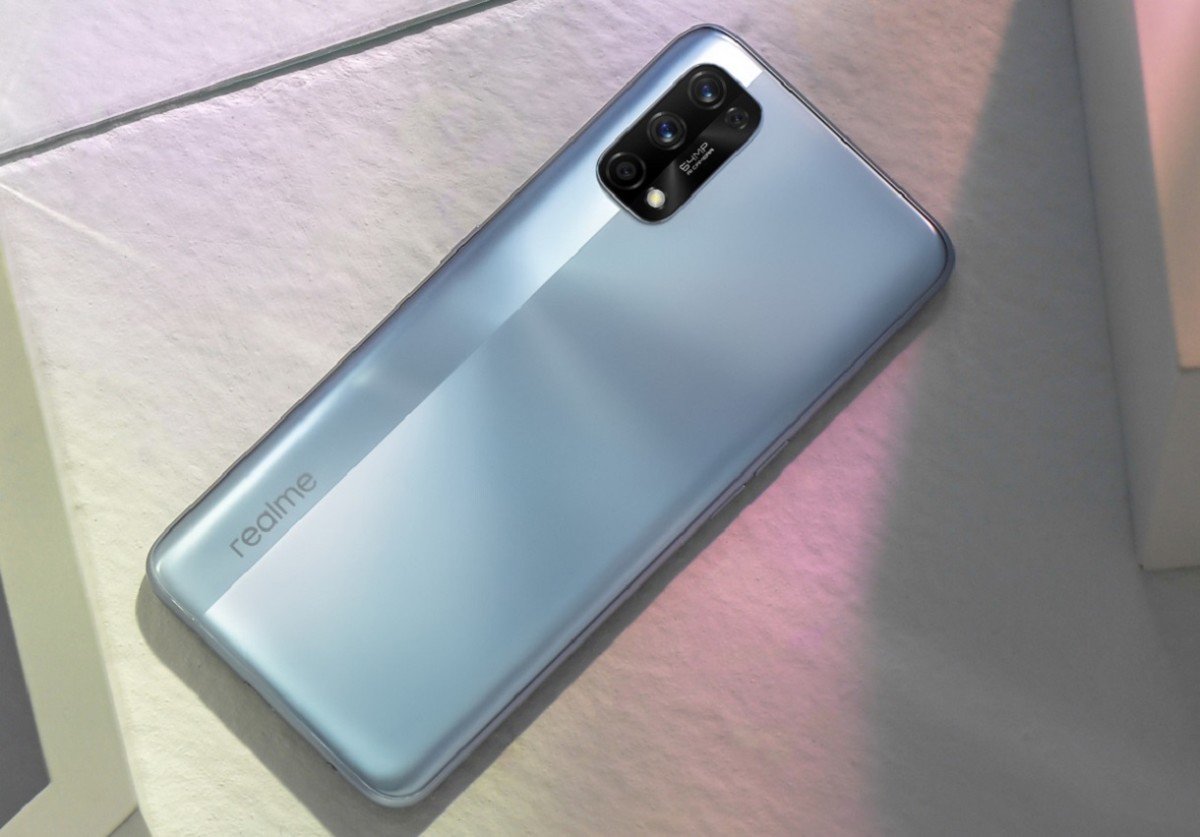 While Realme presented its Realme 6 and 6 Pro smartphones just six months ago, last March, the Chinese manufacturer presented this Thursday in India the two models that will succeed them, logically called Realme 7 and Realme 7 Pro.

The Realme 7 Pro is logically the more interesting smartphone of the two. It is a smartphone equipped with a 6.4-inch screen displaying a definition of 2400 pixels by 1080. Unfortunately, unlike Realme 6, the Chinese brand has not opted for a high refresh rate, l The screen of the Realme 7 Pro remaining confined to 60 Hz. However, it benefits from an Oled panel, enough to allow Realme to integrate the fingerprint reader into the screen. On the performance side, the phone takes advantage of Qualcomm’s Snapdragon 720G chip, announced by the supplier last January. It is backed by 6 or 8 GB of RAM depending on the version and 128 GB of storage. Regarding storage, note that the smartphone has a drawer that can accommodate two nano-SIM cards in addition to a microSD card. 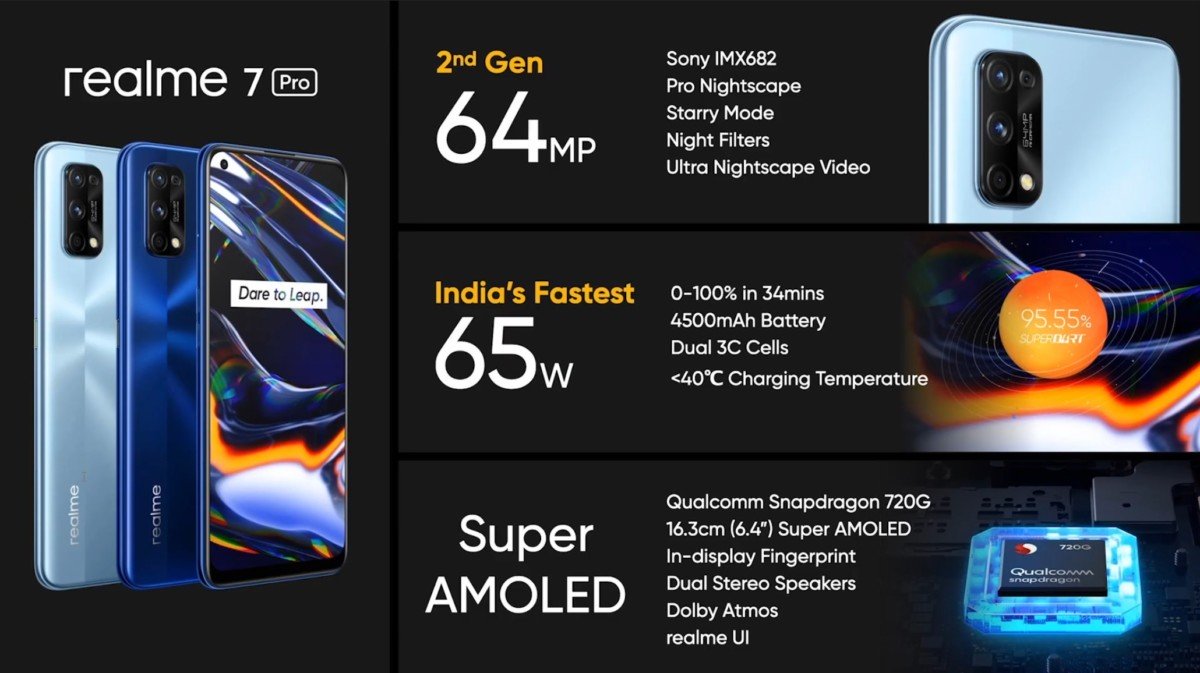 Where the Realme 7 Pro sets itself apart from previous models is in fast charging. Realme has indeed equipped its smartphone with a 4500 mAh battery which can be recharged up to a power of 65 W. A feature until now reserved for the most high-end models of the brand, but which is now available in the midrange. According to Realme, this would allow the smartphone to fully charge from 0 to 100% in 34 minutes. Note also the presence of stereo speakers, welcome in this price range, in addition to a 3.5 mm headphone jack.

For the photo, in addition to the 32 megapixel module present in the punch at the top left of the screen, with a definition of 32 megapixels (f/2.5), there is a module with four cameras on the back:

Logically, Realme plays more the card of sobriety. This time we find a 6.5-inch screen, still with a definition of 2400 x 1080 pixels, but without an Oled panel. This is the LCD that was chosen. As if to compensate, Realme has however integrated a refresh rate of 90 Hz. The fingerprint reader is also positioned on the edge. 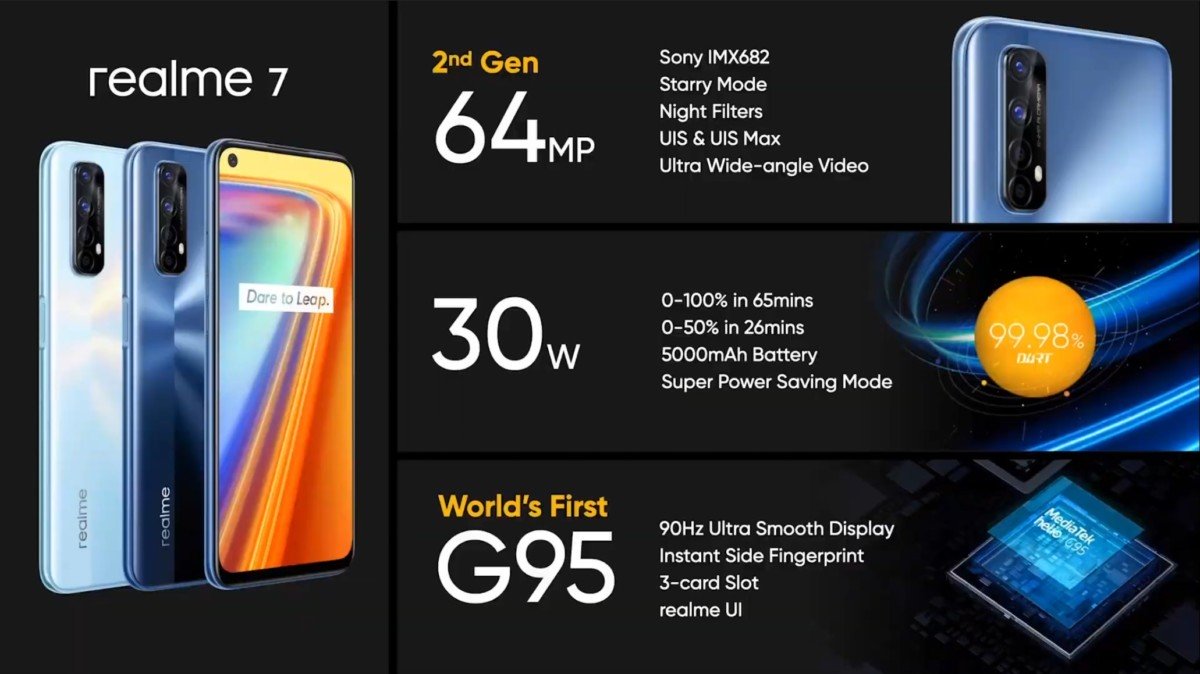 For performance, the Realme 7 is equipped with Mediatek’s latest chip, announced this Wednesday, the Helio G95, backed by 4, 6 or 8 GB of RAM and 64 or 128 GB of storage, always expandable by microSD card. The load is also more classic too, since the Realme 7 is limited to 30 W for a battery, however more substantial, of 5000 mAh. For the photo, note also that the Realme 7 benefits from exactly the same photo module on the back as its Pro version. On the front, however, this time it is a 16-megapixel (f / 2.1) sensor that fits into the punch at the top left of the screen.