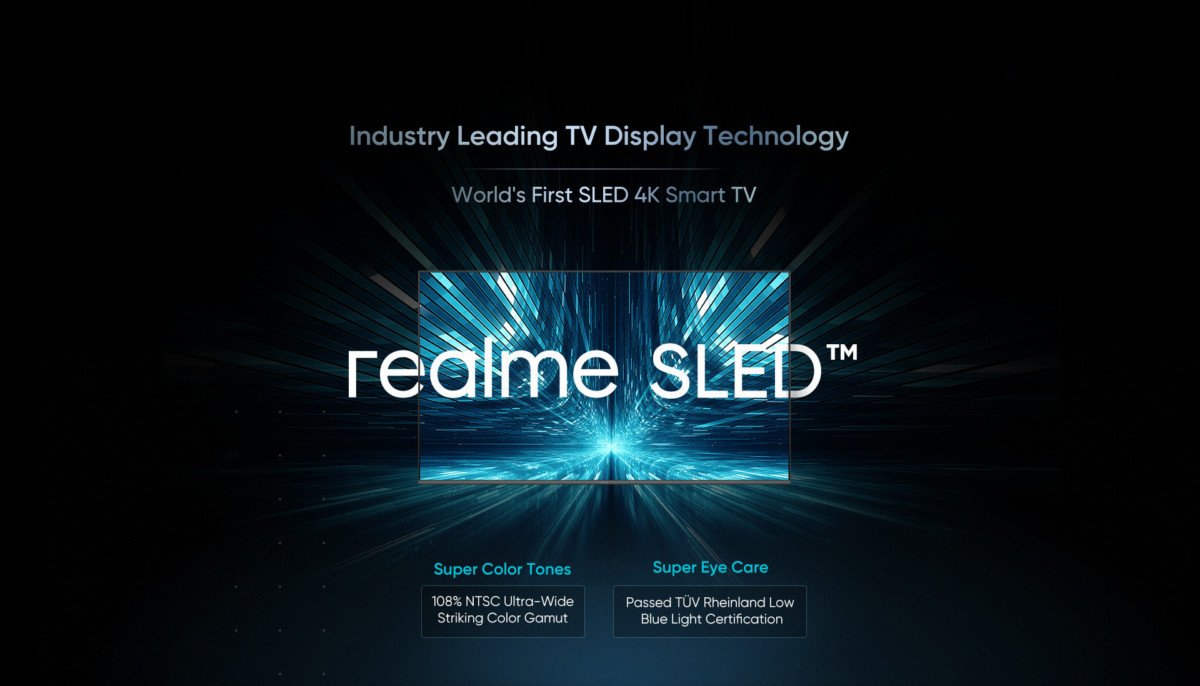 To counter the OLED and especially the QLED of Samsung, Realme, the Chinese brand out of the thigh of Oppo, has just announced its own screen technology for televisions designed with John Rooymans of SPD Technology: the SLED. According to the manufacturer, this allows both to preserve the eyes of users and to display a wider color spectrum.

Like QLED,SLED is a technology based on an LCD panel. The difference is in the backlight. While QLED relies on blue LEDs whose light passes through quantum dot filters to provide those vivid, contrasting colors that we know in technology, SLED uses red, blue and green LED.

Realme, however, remains fairly secretive about the technical details of its technology and does not say more about how it works, or even the meaning of that “S” in the name of the technology. The presence of the word “Super” everywhere in Realme’s slides, however, gives a little clue …

In contrast, Realme explains that with this combination of three colors, SLED technology can display a much wider color gamut, covering up to 108% of the NTSC spectrum. Note, however, that the Chinese BOE announced in July that it had succeeded in designing a QLED panel covering 114% of this color spectrum.

Another advantage of SLED: the reduction of blue light, known to be aggressive for the eyes. This screen was thus able to obtain Eye Comfort certification from TÜV Rheinland, a third party organization often put forward by brands as a guarantee of quality. Realme recalls that its SLED screen is the first non-OLED TV to obtain this certification.

At this time, Realme has not given more details on the TV itself, content to unveil its technology. The TV, a 55-inch 4K screen, is expected to launch in the first half of October in India. Industry sources also claim that this television supports Dolby Audio, for more immersive sound divided into multiple channels. But this point still remains a rumor for a few days.