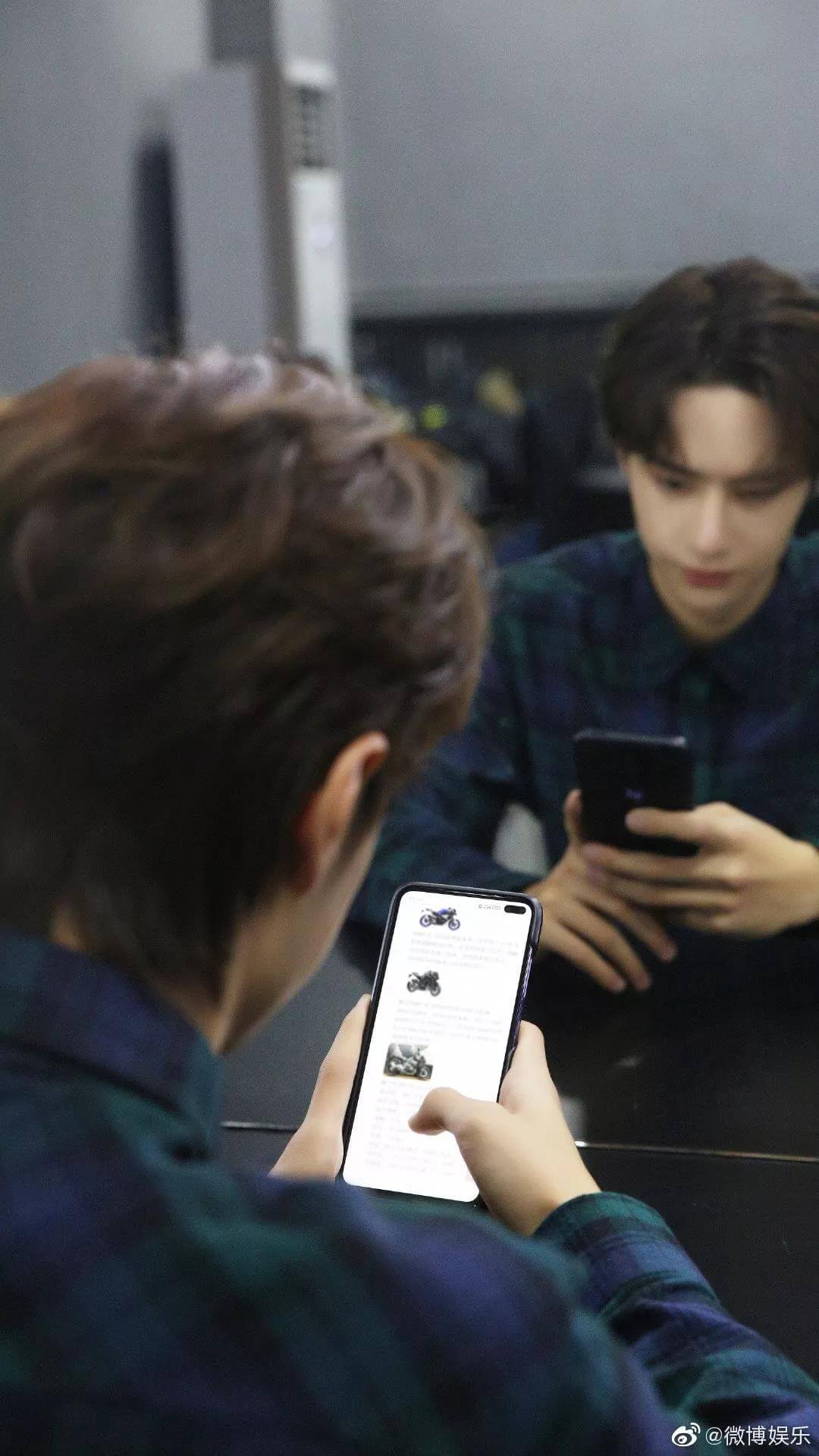 From the picture, we can find that his handset is a smartphone that has a dual-digging design on its top right.

With the MIUI interface, the position of the digging, and the baseless display, we can be sure that the handset is the upcoming Redmi K30 series mobile phone!

Without accident, the Redmi Poster proved that Wang Yibo is the product endorser of the Redmi K30 Series. That post is the preheat promotion of Redmi official.

From the poster, it leaked out the back phone design. You can see a quad-camera arranged on a vertical camera hump. Based on rumors, it pairs a 64MP main shooter with a 12MP ultra-wide, 8MP tele-camera and a depth sensor. The circle around it is decorative and appears to be flat with the back.

The 5G label below the camera indicates that this model will connect to the next-generation networks that are rolling out around the world. A 4G model is also expected for the countries (and users) that are putting off the 5G transition for a later date.

According to the leaked out, we can predict that the Redmi K30 series will come with a 6.65-inch 1080 LCD screen. Featuring with dual-digging design, it can be described as a full-screen smartphone.

Adapted with a side-mounted fingerprint reader, it may support a 120Hz screen refresh rate. It will be equipped with a 64-megapixel four-camera combination. Redmi flagship mobile phone K30 will support 5G Network and 4G Networks. The 4G version, will be equipped with a 4500 mAh battery and a 27W fast charge. The 5G version is expected to debut the Teana 1000, and they will support NFC and infrared remote control.

In addition, the recent 3C certification information shows that there are 4 Xiaomi 5G mobile phones that have passed the certification, and one of them supports 66W fast charging.

At present, it cannot be completely ruled out that this phone is Redmi K30 Pro or a 5G version. Let’s look forward to it!

Redmi K30 Series will be announced on December 10th.

Hugtech.com will continue to update the detail of the Redmi K30 Series, please pay attention to it!