Achraf Grini
SaveSavedRemoved 0
The presentation of the Samsung Galaxy Note 20 is approaching. In the meantime, here is everything we already know about this new range of premium smartphones, thanks to leaks and rumors. 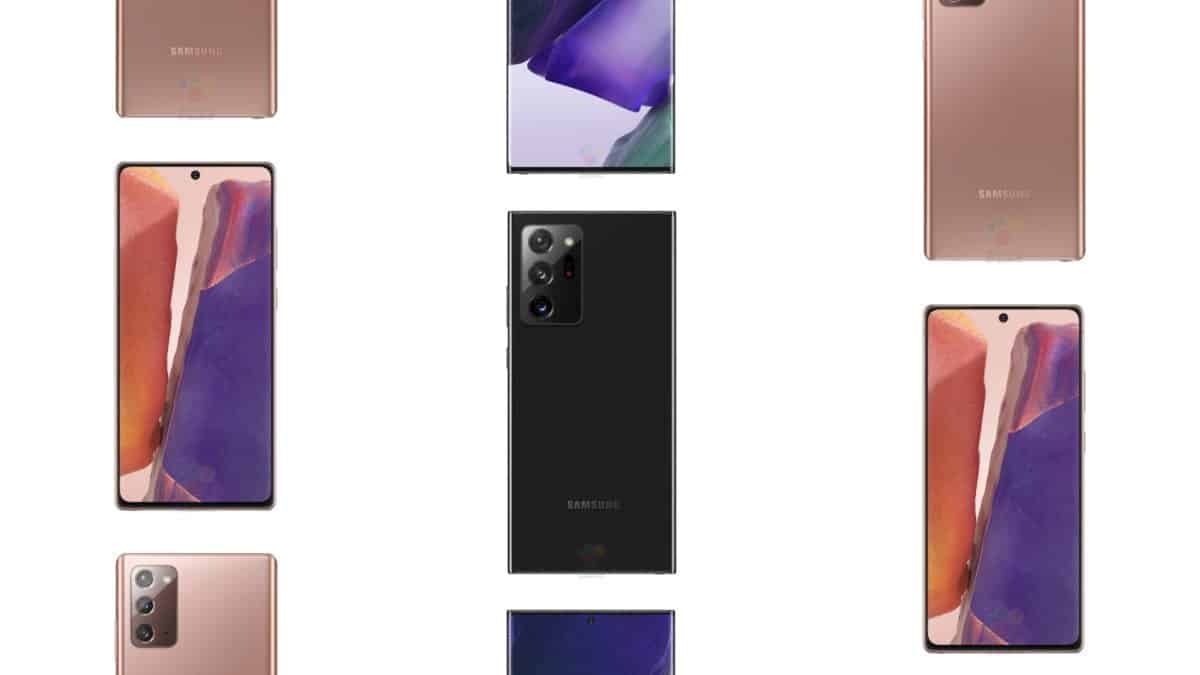 What Is The Design Of The Galaxy Note 20?

Design is what we have the most certainty about, as it was Samsung Russia directly that released these first images of what appears to be, according to all other leaks, the Samsung Galaxy Note 20 Ultra.

We can see the Galaxy Note 20 with a new copper color and especially its photo module with three sensors which seems to stand out quite significantly from the chassis. Those who are more attentive will also notice that the volume and standby buttons have changed sides, they are now on the right of the screen and not on the left. These images above all confirm the design first unveiled by OnLeaks and Pigtou, still concerning this “ultra” model. More recently, press images of the smartphone have been leaked. 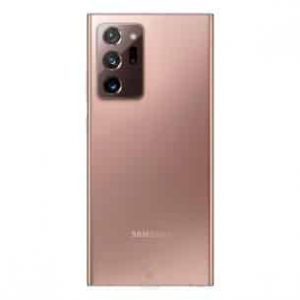 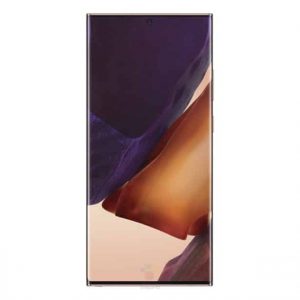 As we can see, the smartphone would offer a front panel very similar to what we knew on the Galaxy Note 10, with a camera in the top center and a screen that takes up most of the front panel. It’s actually the photo module that really sets the two generations of smartphones apart, and we understand why the first official photos of the product therefore focus on the back, rather than the front. These images were subsequently confirmed by first real photos of the smartphone and its S-Pen stylus. 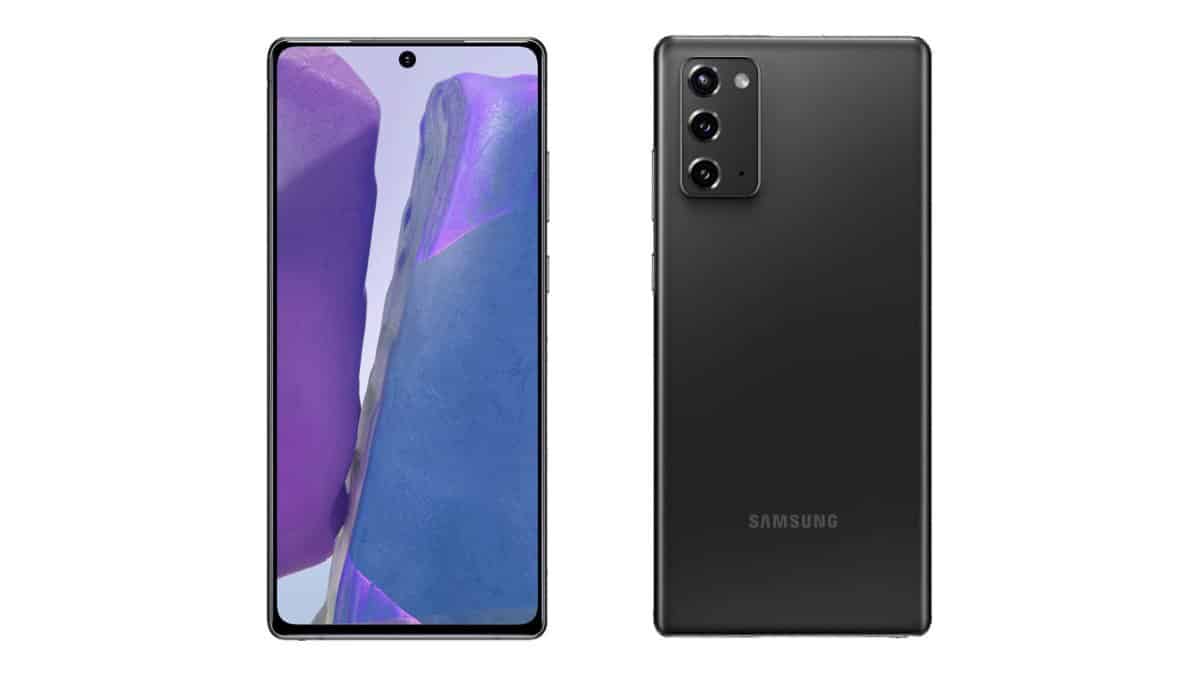 The famous Evleaks also got their hands on images of the classic Galaxy Note 20, with a 360-degree rendering of the smartphone. The differences with the Galaxy Note 20 Ultra seem minimal: the photo module seems a little less imposing and we can note the absence of the periscope sensor (recognizable on the Ultra by its rectangular shape). According to sources, the back of the Galaxy Note 20 is less qualitative than that of the Ultra model, with a material used closer to plastic. 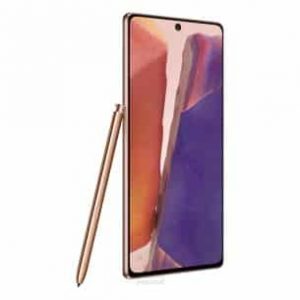 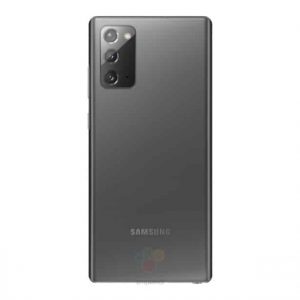 Press renderings show that the margins around the screen are a bit larger, and especially the Galaxy Note 20’s screen will be completely flat.

Samsung should once again offer different configurations for its smartphones depending on the country. In Europe, the Exynos 990 would be used, as on the Galaxy S20, but the chip could have been slightly revised according to some rumors. More countries are expected to find Qualcomm’s Snapdragon 865+. In both cases, we will have compatibility with 5G networks.

On the screen side, the 120Hz refresh rate would make a comeback, after a successful debut on the Galaxy S20 earlier this year, but with a new, less power-hungry iteration, a good sign for the smartphone’s battery life. Note that the 120 Hz would be reserved for the Galaxy Note 20 Ultra, while the classic Galaxy Note 20 would use a Full HD 60 Hz screen. This suggests that like the classic Galaxy S20, the Note 20 would have everything in reality of a “Note 20 Lite” and it is the Note 20 Ultra which should be entitled to the best of what Samsung can offer.

In terms of the new functions that will animate this Galaxy Note 20, we can count on a revision of the One UI interface which would go to version 2.5. DeX mode could be revised to work completely wireless, a new step after the disappearance of the dock. As a reminder, DeX mode allows you to transform your smartphone into a real computer, with an interface developed by Samsung and integrating compatibility with GNU / Linux software.

Samsung is also expected to integrate Microsoft’s cloud gaming service xCloud for the first time. The partnership between the two giants would make the Galaxy Note 20 the first “Xbox smartphone” on the market.

What Is The Samsung Galaxy Note 20 Release Date?

Samsung has formalized the date of the presentation conference at the beginning of July. The next Galaxy Unpacked will take place on August 5, 2020.

The subject of the conference leaves no room for doubt when looking at the invitation. It shows a drop of ink, in reference to the smartphone’s S-Pen stylus, with the copper color seen in the Samsung Russia leak. During this presentation, Samsung will also unveil four other products which we already know the identity.

Pre-orders are expected to open immediately, for launch sometime in August. There is still uncertainty about the stocks available due to the Coronavirus outbreak at the start of the year.

What Price For The Samsung Galaxy Note 20?

According to a first leak from Ishan Agarwal, here is what the prices of the Galaxy Note 20 range should be in Europe :

Note that depending on the country, a variation of a few tens of dollars may apply depending on the VAT rate. Either way, the bill would have to be steep news to afford Samsung’s new flagship.

Our first tests of the Google Pixel 4a: already a king of the photo in the mid-range