Surface Go is back. Alongside the Surface Book 3, Microsoft today unveils a new version of the cheapest and most compact of its tablets. A device with specifications and performance obviously very different from those of the “big” Surface Book, but whose first version had seduced us last year.

Microsoft continues to renew its various Surface ranges. After Surface Pro and Laptop, it’s time for Surface Go and Book to give themselves a facelift.

In the program, power gains, especially on the GPU side, the manufacturer mainly makes technical changes to its tablet, by readjusting the screen size and adding new processors. 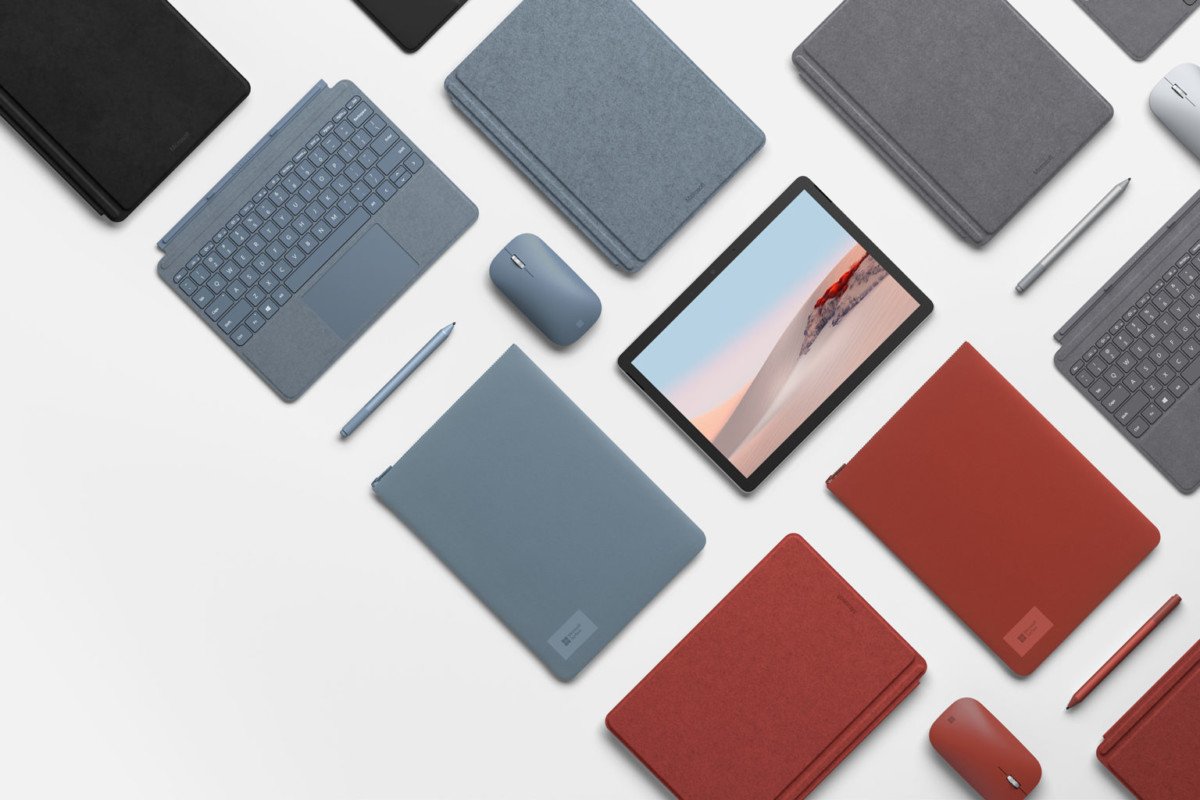 Here is its replacement, the Surface Go 2, whose entry ticket is 497 Dollar for the version with Pentium 4425Y chip, 4 GB of Ram, and 64 GB of storage. It brings some notable improvements to the initial model. The design has also been slightly revised since the screen goes from 10 inches to 10.5 inches for greater comfort.

We gain in surface area and in the density of display which passes to 220 pixels per inch. The Surface Go 2 receives two microphones from the Studio brand, two 5-megapixel cameras (front and rear), and announced autonomy of 10 hours, and a 4G / LTE option. It displays 544 gr on the scale. When we unpack, the screen borders still seem as impressive compared to many other modern Windows machines, but the size and weight are excellent. 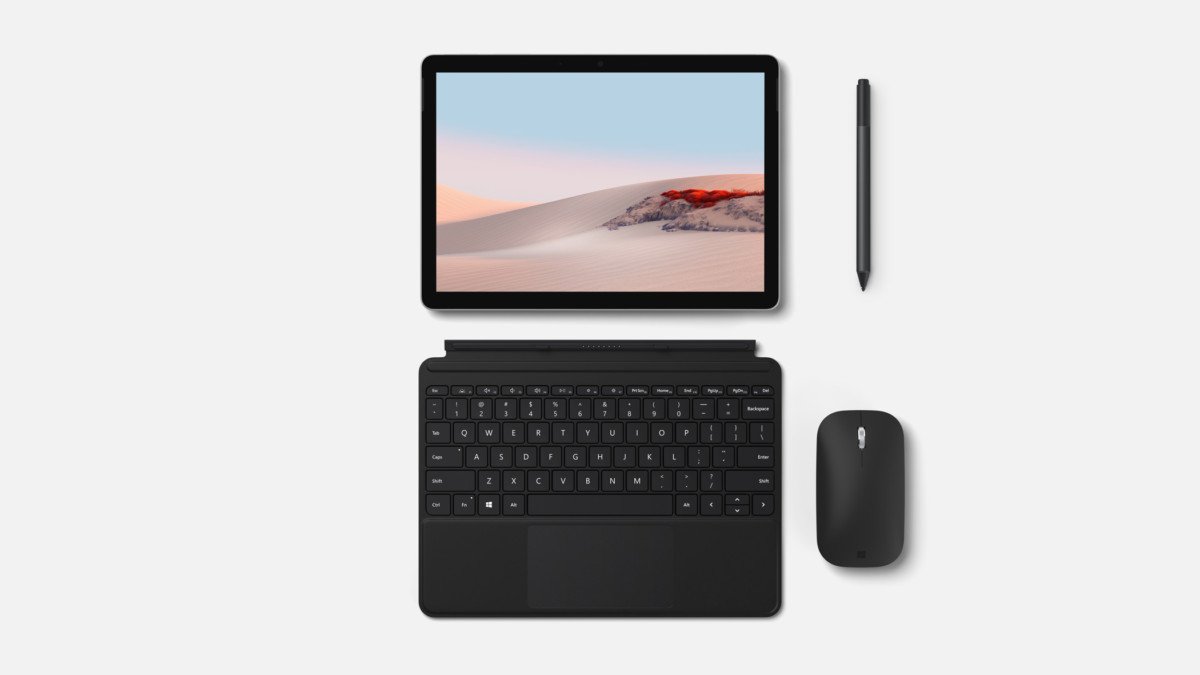 The Surface range of tablets is based on a system of options for essential accessories, such as the detachable keyboard and the stylus. The Surface Go Type Cover is worth 99.99 euros in black and 140 dollars in the other available colors, while the Surface Pen is 119 dollars. You must, therefore, plan a minimum budget of 725 dollars if you buy a basic Surface Go 2 and these two accessories. 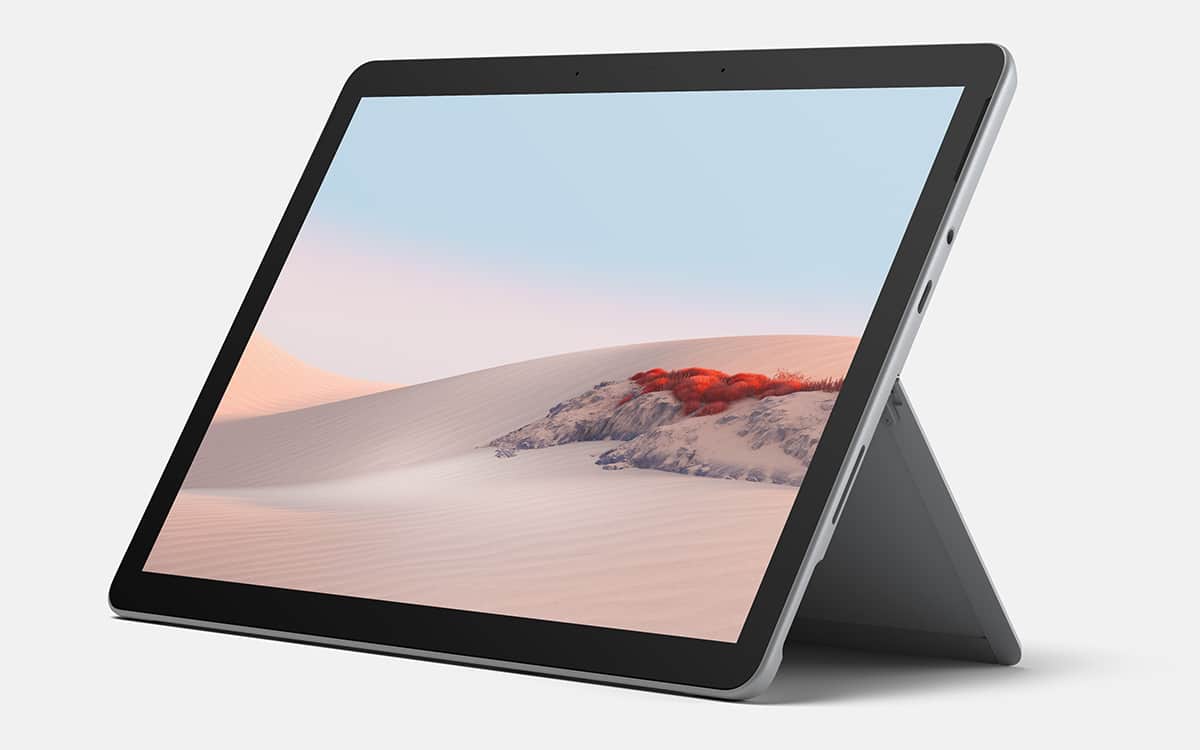 10 Hours Of Autonomy According To Microsoft

On the audio side, Microsoft writes that it has integrated its Studio Mics solution, which enables better call quality with a clearer voice and reduced background noise. The video conversations will also be based on a 5-megapixel front photosensor. And For the rear photo module, the focus is rather on the new camera application which makes it easier to scan documents or inscriptions on a meeting board.

A New Processor, But No More Storage:

Microsoft is also introducing a version equipped with an eighth-generation Core m3, which ensures, according to the brand, performance improved by 64% compared to the original Surface Go.
Also, Microsoft has especially evolved the heart of the machine: the processor of the basic version is a Pentium 4425Y, an updated version of the Pentium 4415Y which equipped the first model. 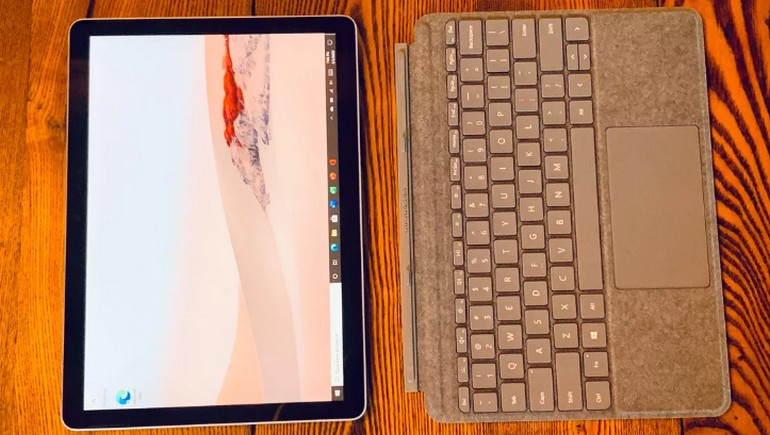 Like the first Surface Go, number 2 runs Windows 10S or rather, “Windows 10 in S mode” as Microsoft now says. This version of the OS works exclusively with applications from the Microsoft Store. But it’s still possible to upgrade to Windows 10.

In terms of battery, Microsoft promises a battery life of 10 hours. What, in theory, to hold a whole day without cluttering the charger. Charging is also always done with Surface Connect, the owner port, and not USB Type-C (which has a port on one of the sections). Finally, it should be noted that the tablet is Windows Hello certified, and can use facial recognition to unlock. 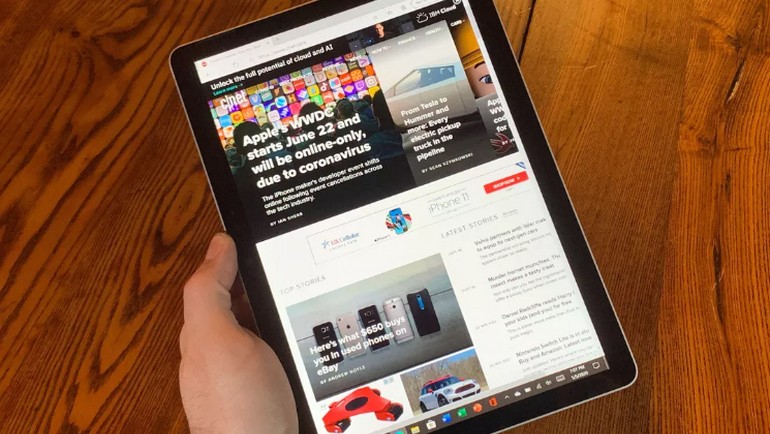 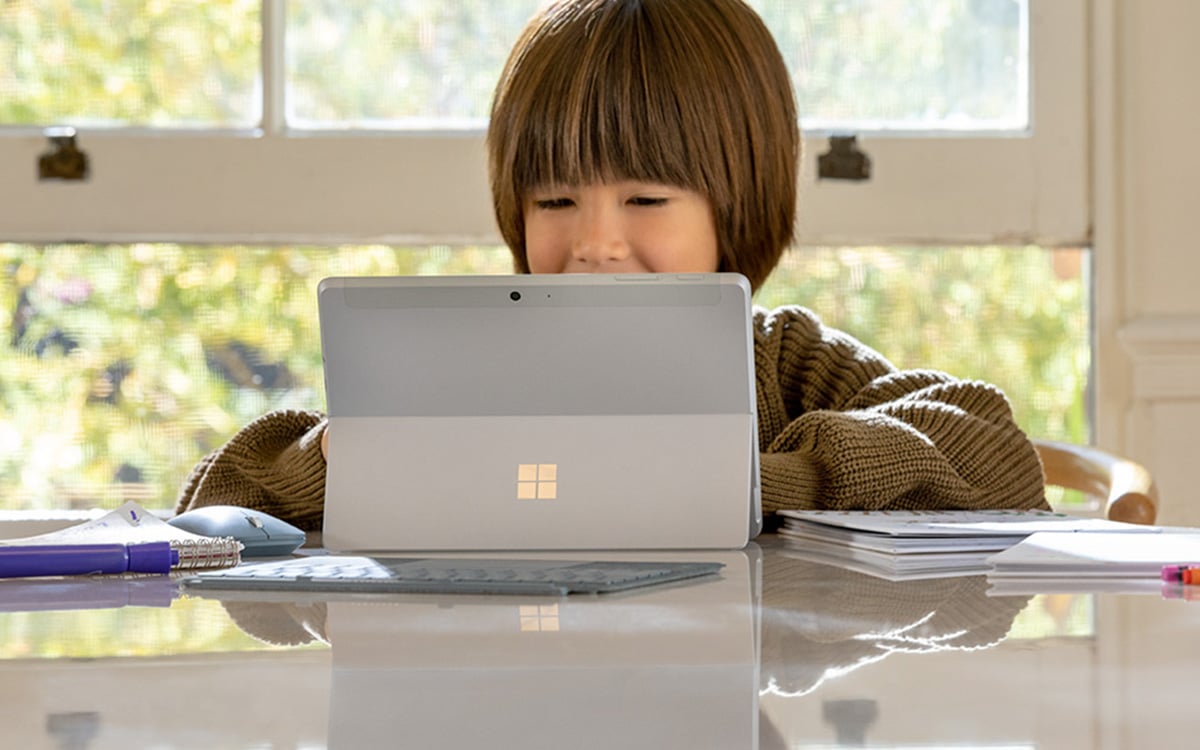 What do you think of it? Welcome to share with us!