The laptop market is diverse, to say the least, and finding your way around is far from an easy task. To clear up this obscure bazaar, we devote a series of buying guides to the laptops.

We are interested here in the high-end segment that we have set above the 1000 dollar mark! The price at which machines begin to offer many refinements, noble materials, and fewer technical concessions.

Here, we have selected versatile machines, which will easily suit office uses as well as photo and video retouching. More or less advanced depending on the model.

We have deliberately chosen to exclude PCs particularly oriented towards video games which are a segment in their own right. If you have a little (or a lot) of budget and want a quality machine that you can keep for several years. 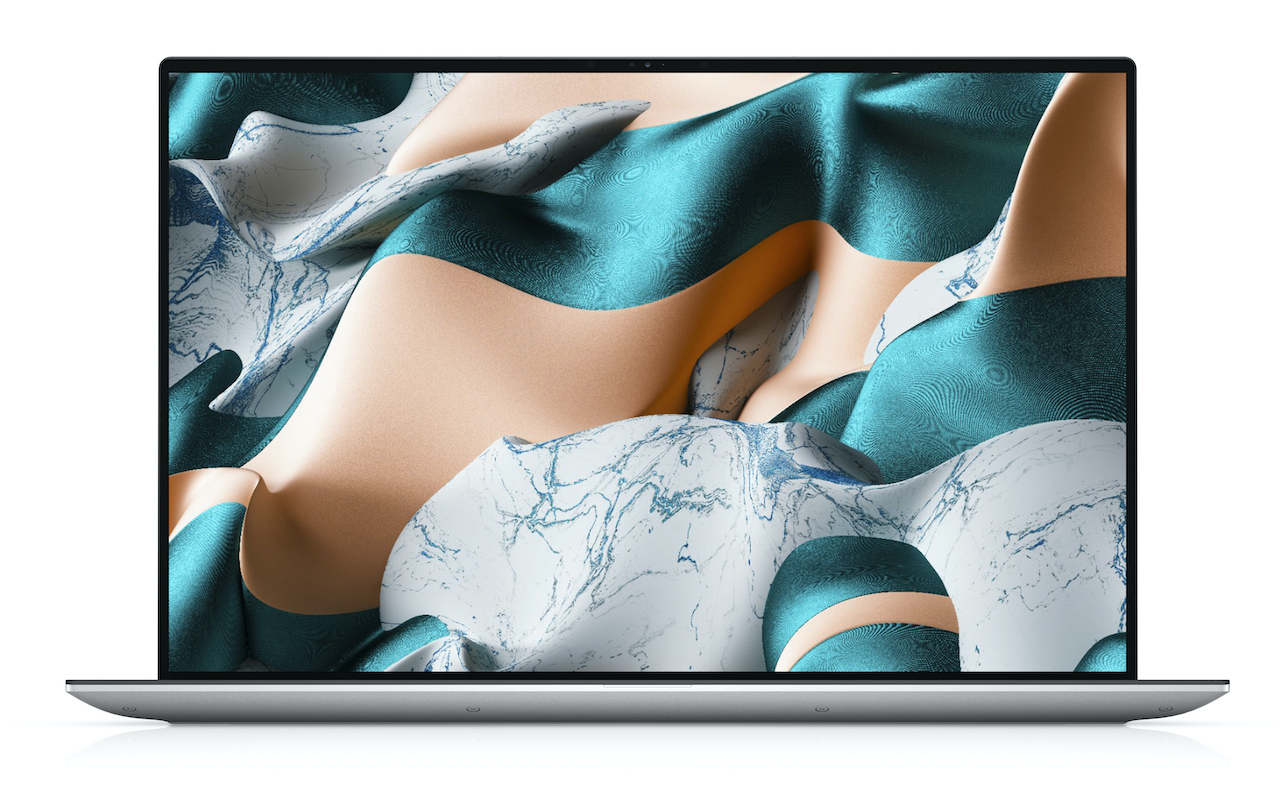 Over the years, Dell’s XPS line has established itself as a benchmark in the ultrabook segment. It is often seen as the real competitor to the most popular laptop in this form factor: the MacBook Air.

The Dell XPS 13 2020 simply chooses a 10th generation Intel Core i5 processor (optional i7). For the rest no difference, we have all the guns of the XPS range. It starts with this famous 13 inch IPS Full HD + (1900 x 1200) “Infinity Edge” screen, with particularly fine borders.

To be honest, the design element that sets the XPS 13 apart. We very much appreciate the presence of a fingerprint sensor, it is always a plus in use. An optional 4K panel is available.

3D calculations are provided by the graphics part of Intel. Still as shy, but sufficient to run a few League of Legends esports games in acceptable conditions. It will also allow you to perform some editing and photo editing in an amateur, the pro will probably prefer a slightly more specialized machine. On the other hand, all office tasks, even advanced, will turn like charms. Allow about 6 hours of autonomy depending on your usage. 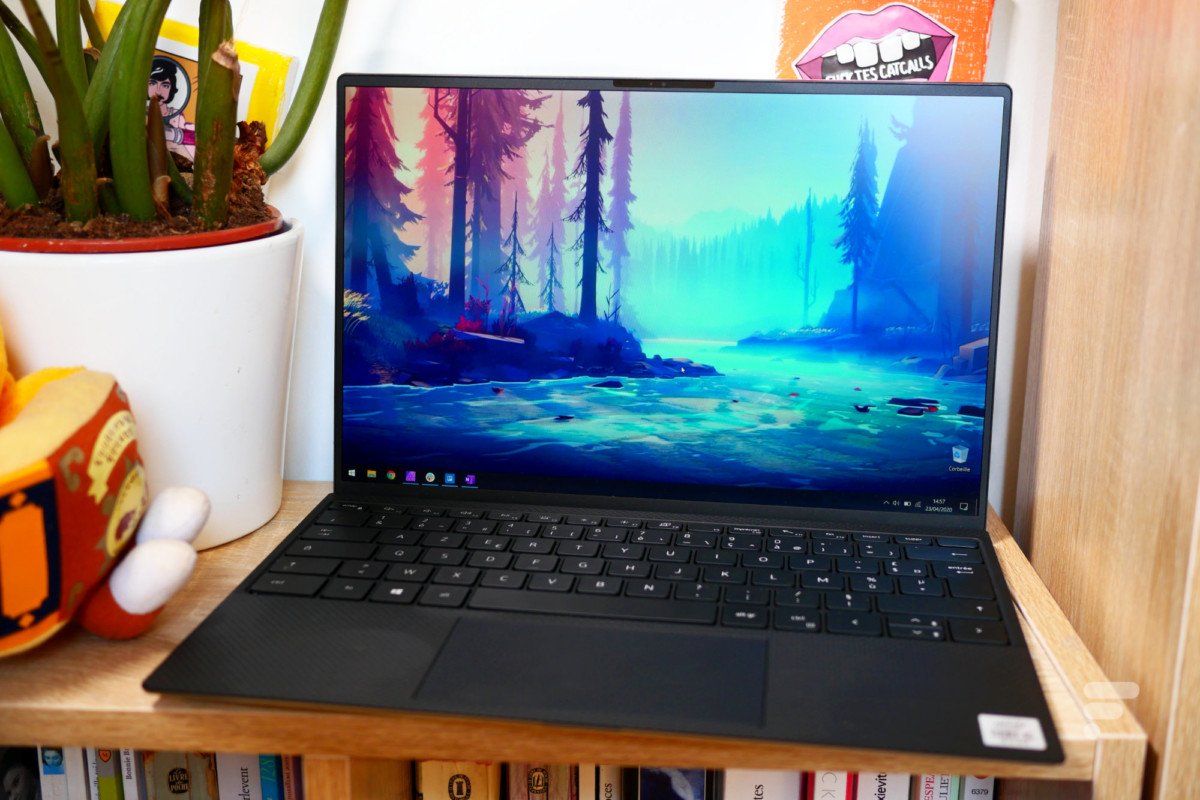 READ ALSO: How To Choose Smartphone

If you prefer macOS to Windows, our choice is for the famous MacBook Air. Apple’s bestseller has been improved at the start of the year with a new version that brings some welcome improvements. The returns of a scissor keyboard, an update of the Intel CPU which goes into the 10th generation and minimum storage. Revised to 256 GB.

The MacBook Air is simply Apple’s all-purpose machine. Unlike the old “all-in-one” MacBook, which was little more than a typewriter. Its performances are now ampler and will cash without flinching all the productivity tasks on the web interfaces (WordPress, Slack, Google Doc, Gmail, etc.) and even some slightly more advanced uses.

The machine shines with its aluminum chassis, cut in a bevel to give it a reduced bulk, and its weight of 1.29 kg. As with all recent Apple laptops, there is a fingerprint sensor that allows you to unlock the PC and use your password less often in macOS. As always, Cupertino offers an excellent multitouch trackpad that is particularly pleasant to use. This new version of the MacBook Air still does not disappoint on autonomy: more than 10h in common use.

It is available in two major versions:

We recommend that you opt for the second configuration which offers better value for money! Undoubtedly, better longevity thanks to its increased performance. 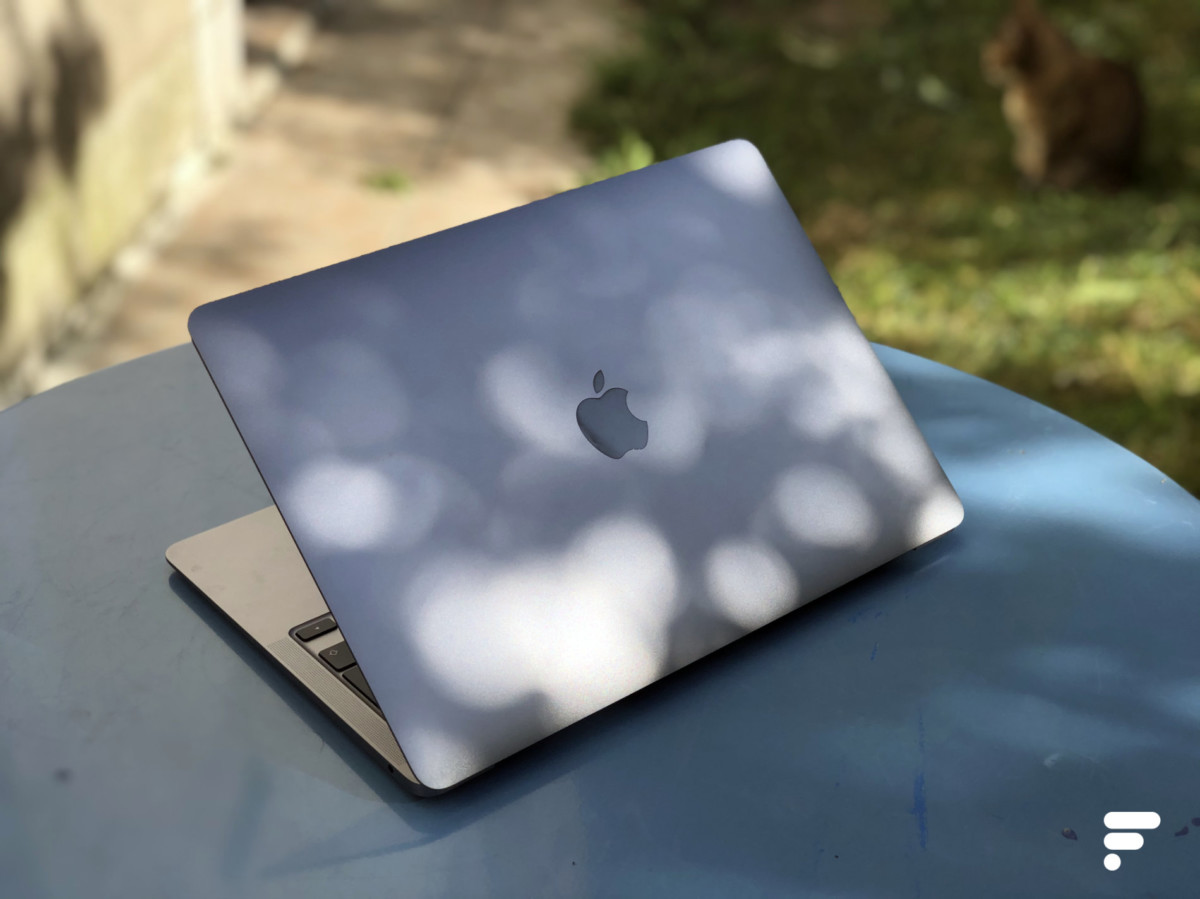 The Asus Zephyrus G14 is a unique machine on the market in 2020. Originally intended for the portable gaming PC market, it surprises in practice by its versatility by offering an excellent volume/performance ratio.

It will be aimed primarily at those looking for a laptop PC to do everything without concession. Or even professionals who are looking for a compact machine to perform heavy tasks.

Equipped with a 14 inch Full HD IPS screen with a native 120 Hz frequency, Asus Zephyrus G14’s battery allows it to last up to 6 hours in web browsing at 60 Hz. But that will not be its strong point.

We appreciate the fact that it recharges quickly via a priority port … but also more slowly via its USB C port which supports a power up to 65W. This is practical to avoid multiplying the power adapters on the go.

Finally, we also love its storage capacity of 512 GB on the most accessible and expandable model up to 1 TB.

If you’re looking for a Windows alternative to Macbook Pro 16, this may also be the best choice. Its version with an octa-core 4900HS CPU easily rivals the most powerful portable configurations with a high-end Intel CPU but with a footprint and a significantly different price. 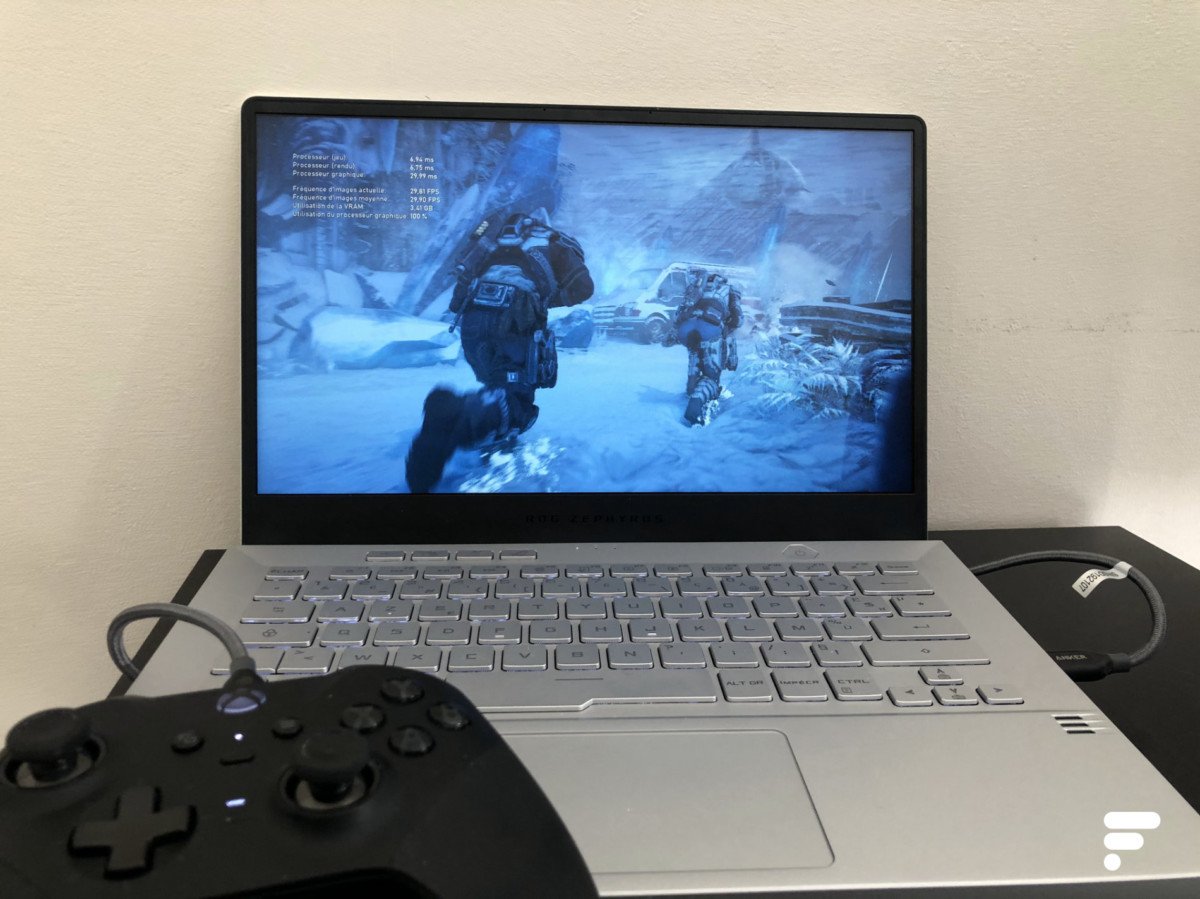 Surface Laptop 3 changes slightly compared to the old model. The Alcantara fabric is swapped by a neat metal finish. Its trackpad, still as pleasant to use, is also 20% larger than on the Surface Laptop 2.

It is powered by a tenth generation Intel i5 1035G1 processor (4 cores at 1.2 GHz), backed up by 8 GB of RAM. A configuration is sufficient to cover the majority of needs, therefore. The autonomy is meanwhile with a daily life estimated at 11.5 hours by the manufacturer.

In addition, the connectors this time host a USB-C port in addition to the usual mini-DisplayPort, USB 3.1 Type-A, and Surface connector. You can find all the details on the machine in our complete test of the Surface Laptop 3. 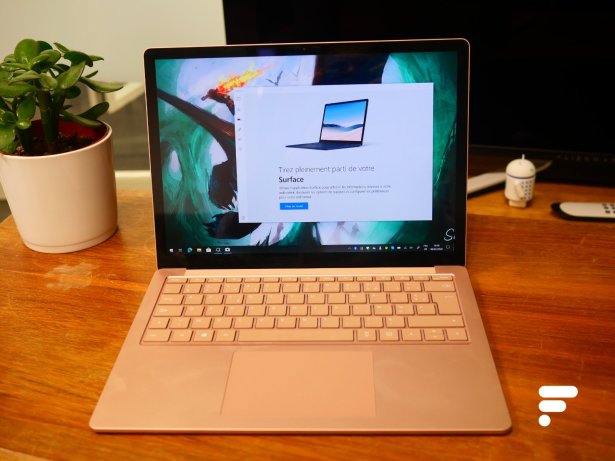 If the basic 13-inch MacBook Pro is a little limited in performance to convince graphic designers, videographers/editors, or photographers, the high-end 15-inch models were historically particularly suitable for these users.

In 2019, Apple chose another diagonal: 16 inches…. but keeping a form factor identical (or almost) to the 15-inch model. As you can see, the borders of the screen have been reduced.

If the basic 13-inch MacBook Pro is a little limited in performance to convince graphic designers, videographers/editors, or photographers, the high-end 15-inch models were historically particularly suitable for these users.

You can get your hands on the professional laptop par excellence which combines performance and compactness as few machines are capable of doing today.

The screen is of course Retina and with True Tone technology … which anyone who needs a calibrated display will turn off. Like all the Pro range, the TouchBar is present as well as TouchID. You will find 4 USB-C/Thunderbolt ports. Note that Apple has also made a big effort in audio quality.

By default, the machine has a 6-core Intel Core i7, clocked at 2.6 GHz and capable of going up to 4.5 GHz in Turbo Boost.

All this fits in a chassis less than 1.7 cm thick and 2 kg and Apple promises a range of ten in everyday use. This will obviously not be as much if you use all the resources of the machine. 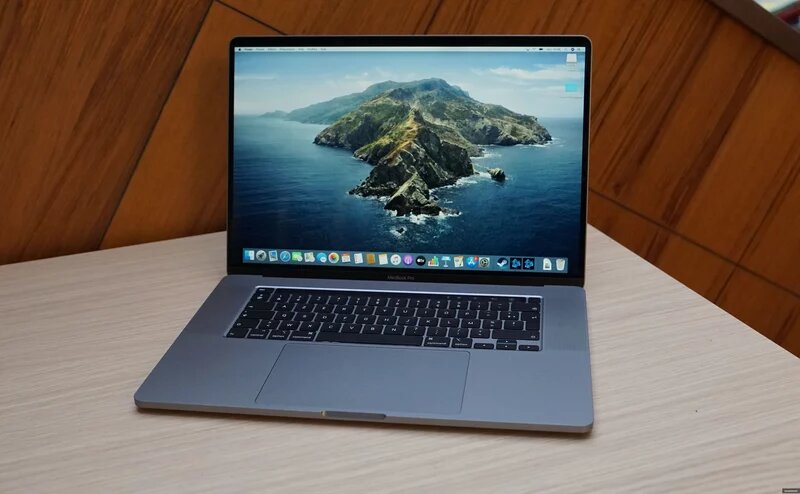 Mi Band 5: Xiaomi's Next Bracelet Could Benefit from Contactless Payment