After placing advertising for Edge in the Start menu,Microsoft does it again by placing this kind of promotion on its Outlook.com site.The Redmond publisher goes even further,advertising Edge in the Windows 10 search box this time. 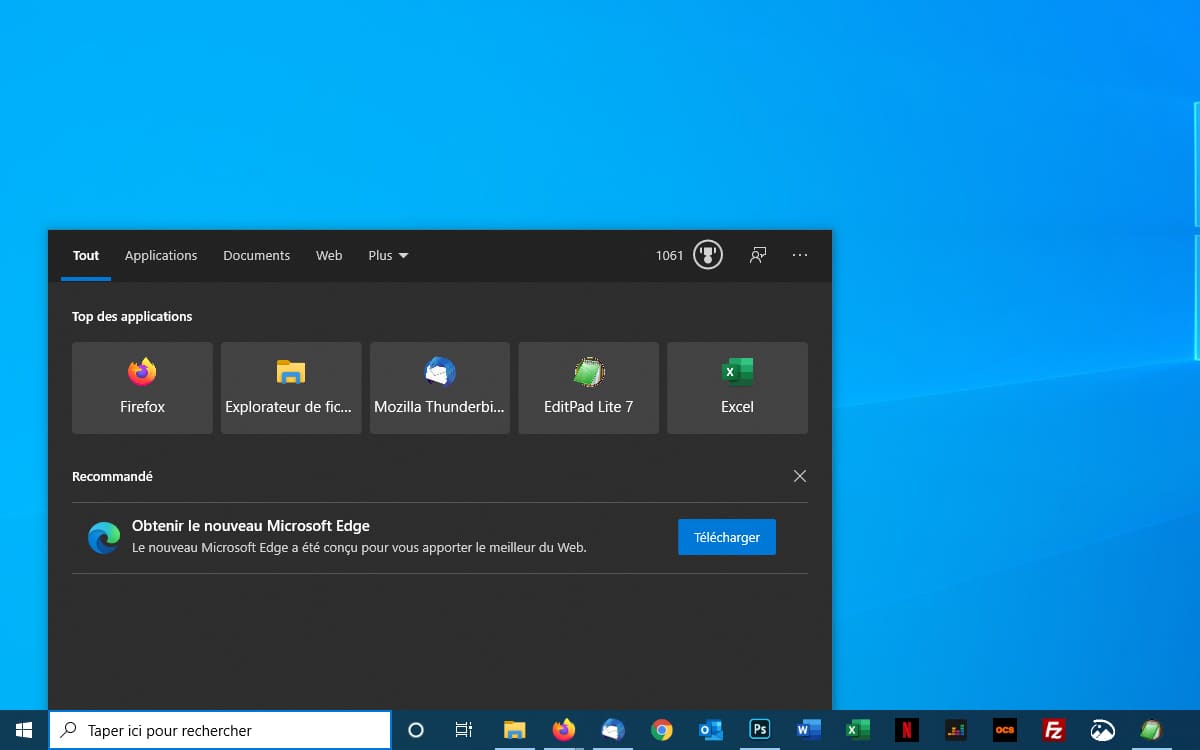 Going past Firefox,Microsoft Edge has recently become the second most used browser in the world (far behind Chrome,it is true).But Microsoft does not intend to stop there: the publisher continues to do everything to always rally more followers.And all means are good for promoting the home browser . Already in February, Microsoft had placed an advertisement for Microsoft Edge in the Start menu for Firefox users.

But that’s not all:for a few days,Windows 10 users have seen a new advertisement for Edge appear in a rather unexpected location,an advertisement which obviously encourages them to install the browser rather than another.

This ad isn’t placed anywhere,since it appears in the Windows 10 search box,as shown in the ad above.Over the course of Windows 10 updates, Microsoft has completely changed the look and functionality of the Windows Search box.If Cortana was integrated into it a short time ago,the assistant now comes in the form of a very separate application.What make it easier to access recently used applications and files, but also allow small “subliminal” messages to appear,such as an advertisement for Edge,in this case.

As you can imagine,this advertisement is only visible when the latest version of Edge, the one based on Chromium,is not present in the system.Note that it is possible to delete the advertisement by simply closing it using the small cross at the top right.Once the advertisement is closed,it does not seem to come back (at least,it did not return to our workstation after a few hours of use). 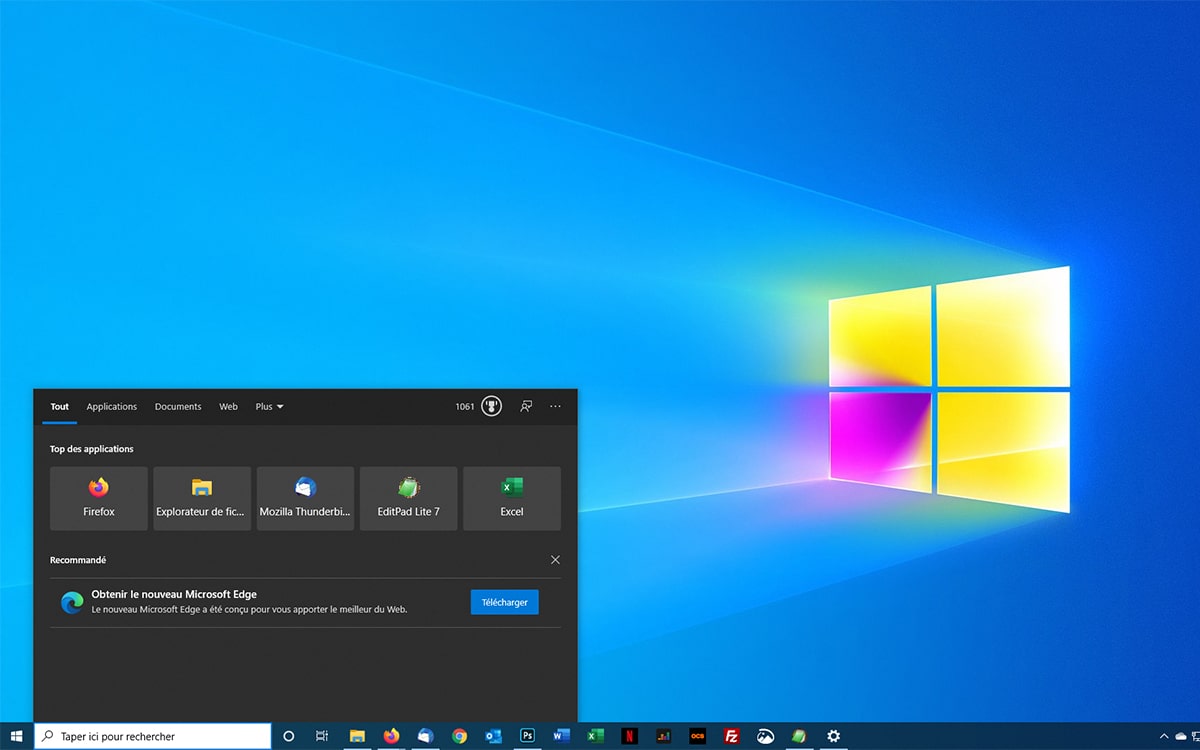 Another attempt by Microsoft to push users to install its Edge browser:this time go through the Outlook.com website,another Microsoft product.When a user connects to the site using Chrome,they can sometimes read a slogan such as: ” Microsoft + Outlook = Better together.” Or ” Get speed,performance,and compatibility with the new Microsoft Edge.  For our part,in the French version of the site, we saw the message” Plan more.”The new browser recommended by Microsoft is here. Download Microsoft Edge . “

The message appears in a small ribbon located at the very top,just below.Again,it is possible to completely deactivate this message using the small cross on the right. Certainly,there is nothing really annoying about all this,but it is likely that Microsoft will not stop there to promote its browser. 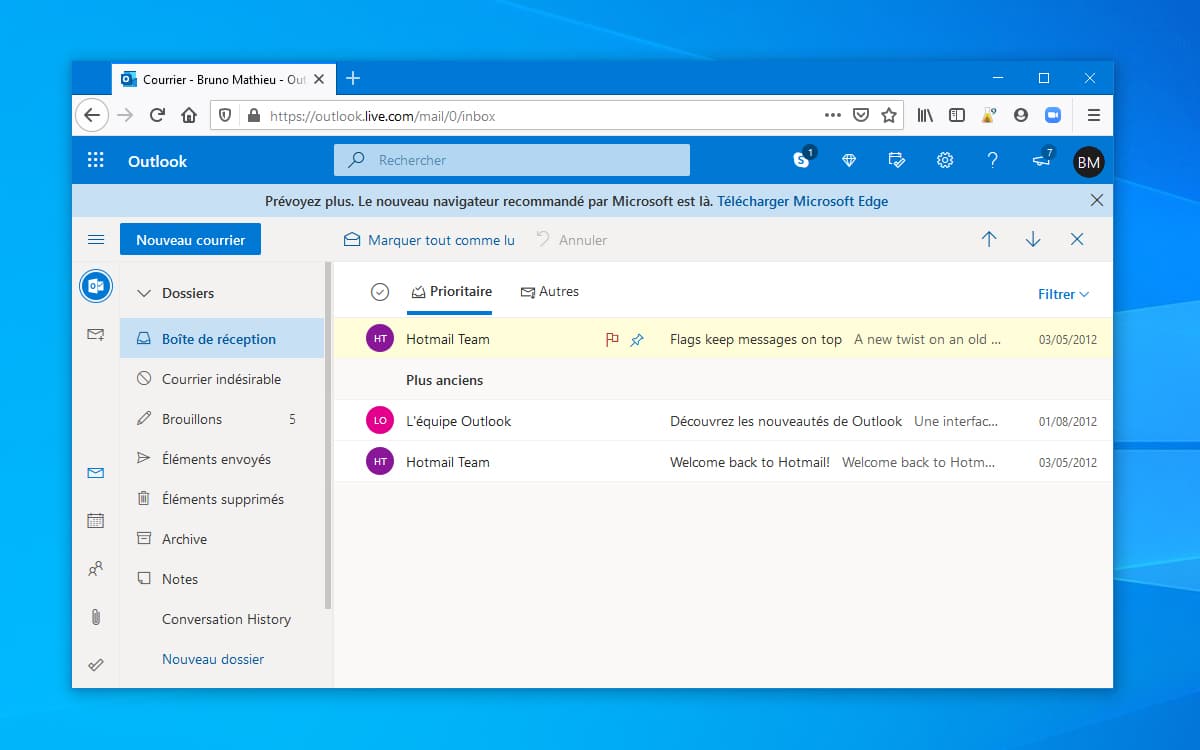 Motorola Edge and Edge Plus Official: Surprise, the Manufacturer Returns to the High End!

How to Stop iCloud Service Running on iPhone Devices?