Warning: Use of undefined constant TDC_PATH_LEGACY - assumed 'TDC_PATH_LEGACY' (this will throw an Error in a future version of PHP) in /home/atoyjmcd/hugtechs.com/wp-content/plugins/td-composer/td-composer.php on line 107
 Black Shark 3 and 3 Pro: Powerful 5G Gaming Smartphones | Hug Techs

There isn’t much difference between the two phones except for the fact that the ‘Pro’ comes with a bigger display with a higher resolution. 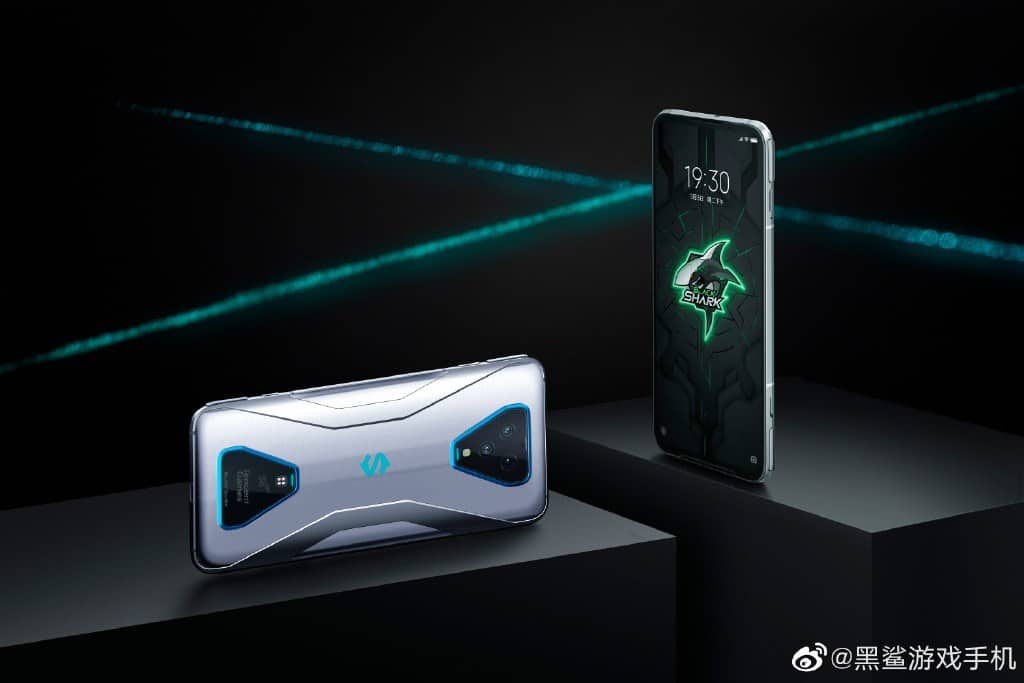 On the design side, Black Shark remains true to the characteristics of previous generations. For example, we find fluorescent green LED lights present since the first Black Shark of the name. On this side, the Black Shark 3 and the 3 Pro are identical.

The design is the same for both phones. There is a symmetrical design on the rear as there are two triangular modules on the top & the bottom, with the Black Shark logo in the middle. While the top module has the triple camera setup, the one on the bottom has the ‘Tencent Gaming’, ‘5G’, and ‘Black Shark’ branding. 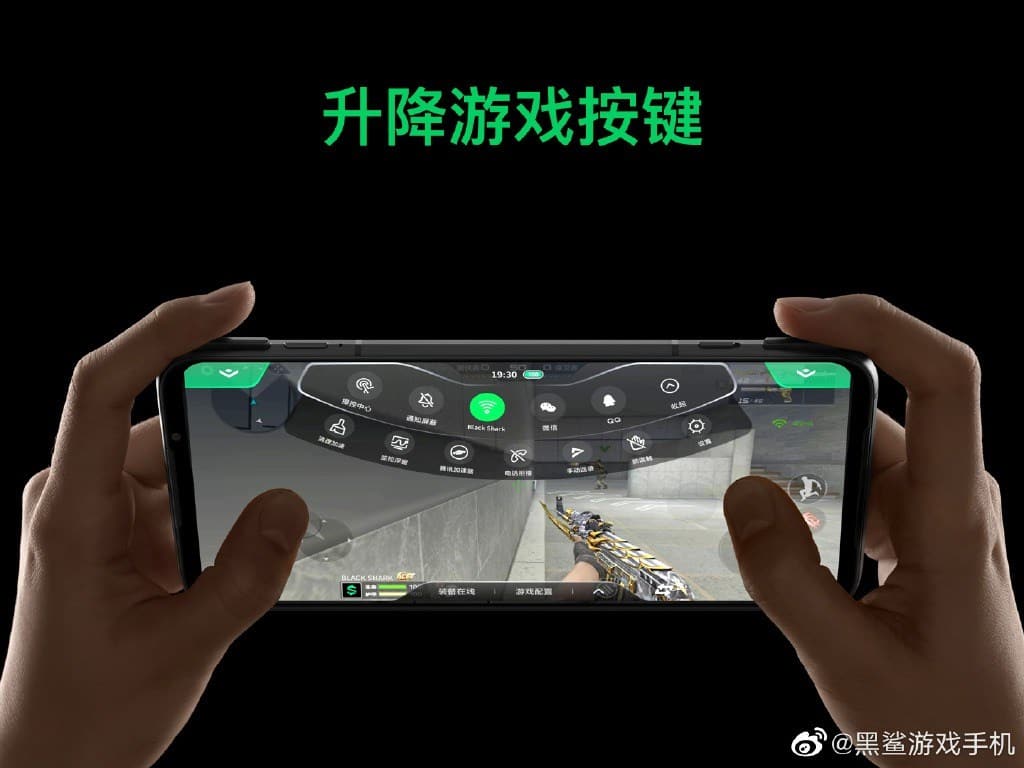 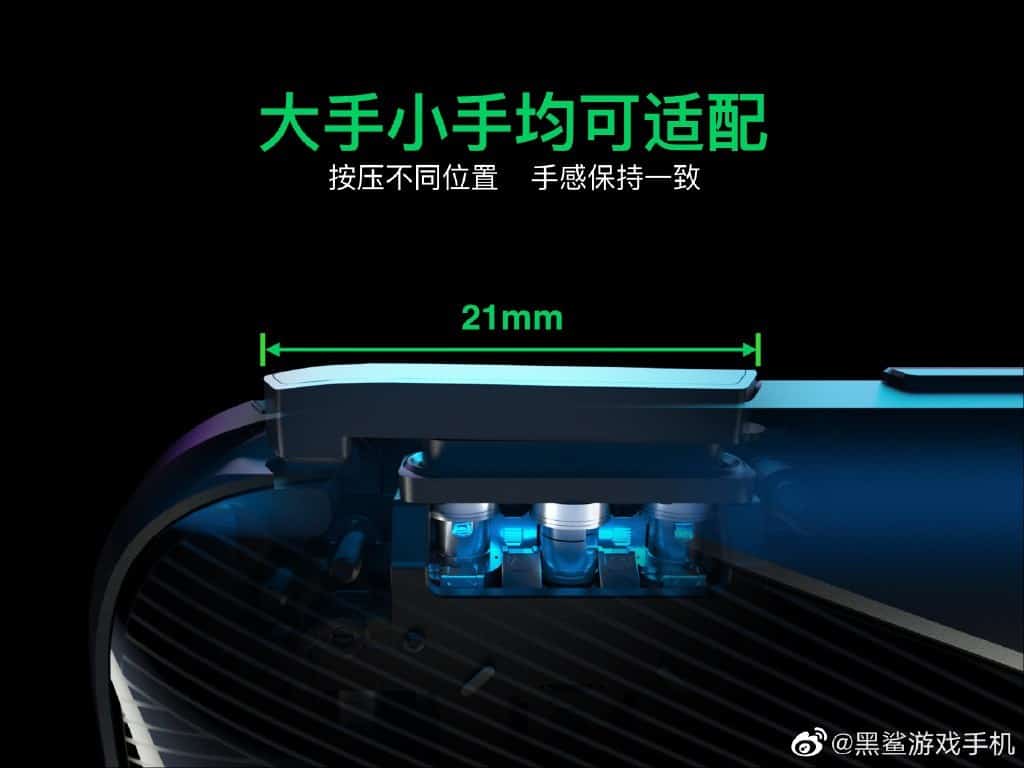 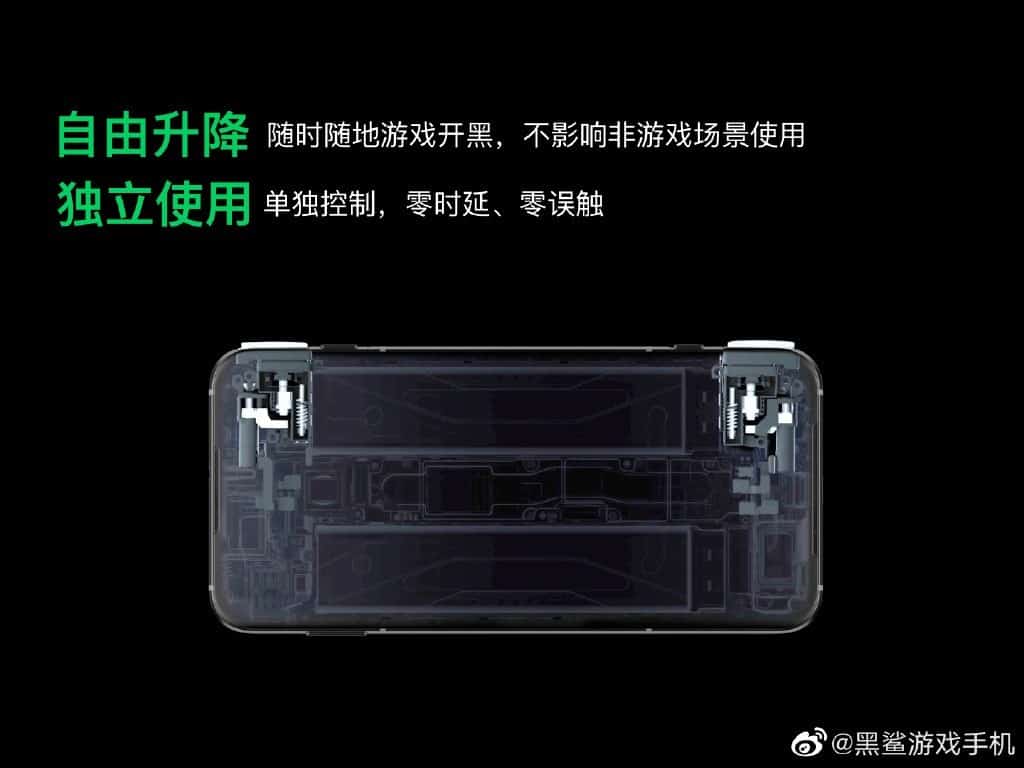 One interesting feature of the Black Shark 3 Pro is its pop-up trigger buttons so instead of giving touch-sensitive buttons on the side like other brands, the phone has physical buttons that pop-up when needed, just like a pop-up selfie camera. This is something the non-Pro version lacks.

Black Shark claims that you can use the pop-up button mechanism for 300,000 times without any issue. Just like a pop-up camera, the pop-up buttons will hide automatically when a freefall (a drop) is detected. 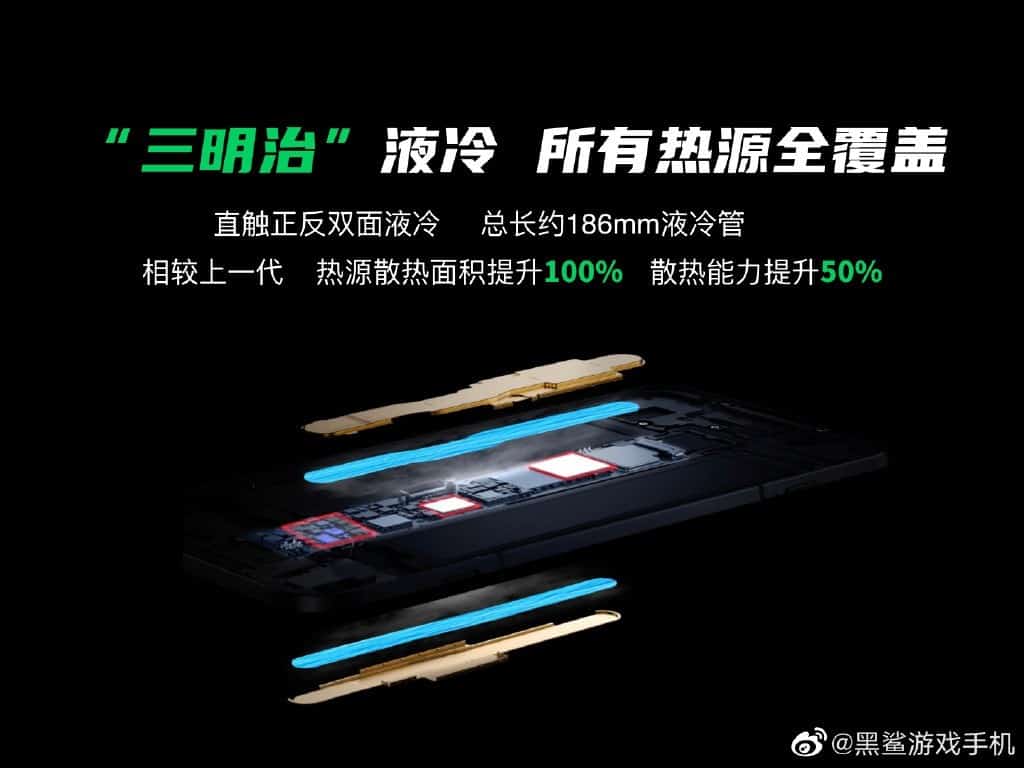 Talking about the specifications, the Black Shark 3 comes with a 6.67-inch 1080P AMOLED panel with 90Hz refresh rate & 270Hz touch-sampling rate, the highest on any smartphone.

Under the hood, there is Qualcomm Snapdragon 865 5G SOC paired with LPDDR5 RAM (only 12GB, 8GB is LPDDR4X) & UFS 3.0 storage. Both phones support WiFi 6 standard as well.

The Black Shark 3 Pro is very complete and is covered with a huge 7.1-inch OLED display with qHD definition and a 90-Hz refresh frequency. It is powered by Qualcomm’s SoC Snapdragon 865 coupled with 8 or 12GB of LPDDR5 RAM and 256GB of internal storage. Unsurprisingly, it is 5G and WiFi 6 compatible. Finally, the firm has included a new cooling system to keep components cool during the most intense gaming sessions. 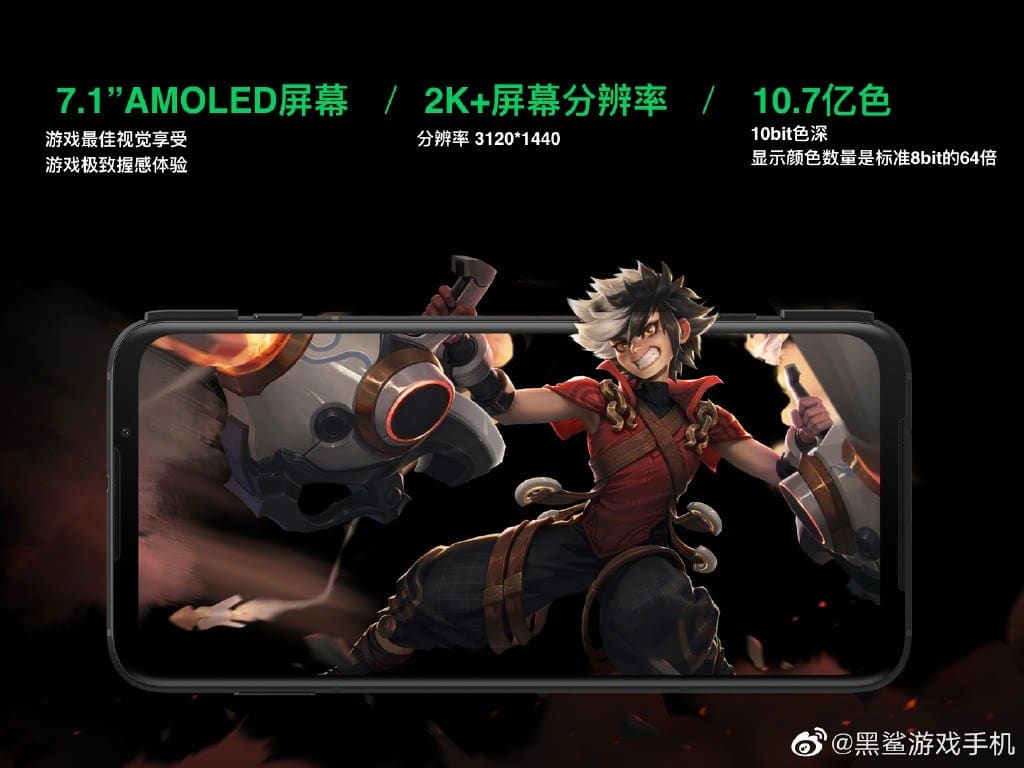 There is a difference in the battery sizes as well, but it’s not that much. While the non-Pro version has a 4720mAh battery, the Black Shark 3 Pro has entrusted the smartphone’s battery life to a 5,000 mAh battery compatible. Both phones support 65W Fast Charging via USB Type-C port. Black Shark claims that the 5,000mAH battery can be fully charged in just 38 minutes which is insane! Finally, the smartphone comes with ann18W magnetic charger at the back to charge safely during a video game game game. A similar device can be found on the rog Phone slice of Asus. 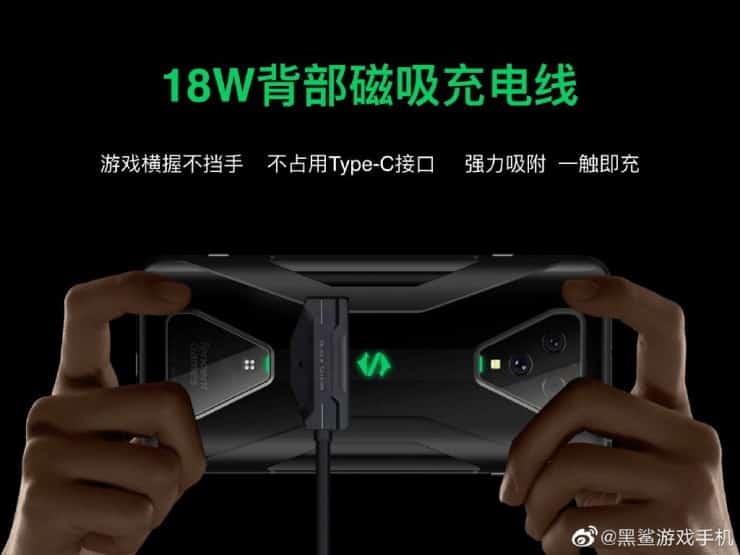 On the photography side, the Chinese brand relies on a triple rear photo sensor arranged in a triangular shape. The device consists of a 64-megapixel f/1.8 main sensor, a 13-megapixel wide-angle module and a 5-megapixel depth sensor. On the front is a 20-megapixel selfie sensor. 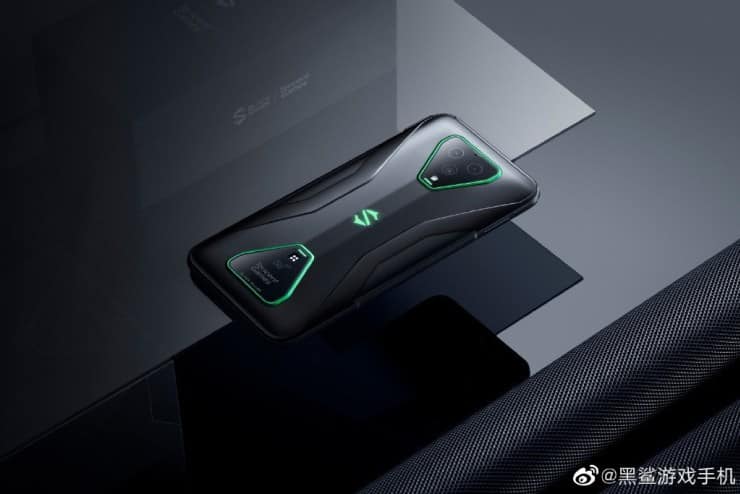 While cameras aren’t a plus point of gaming-centric phones, the Black Shark 3 & 3 Pro have solid camera hardware. There are triple rear cameras that include a primary 64-megapixel camera, a secondary 13 Megapixel ultra-wide-angle camera (120-degree), & a third 5 Megapixel depth sensor. There is also a 20 Megapixel selfie camera.

The standard Black Shark 3 will be available on the Chinese market from March 6, 2020 at a starting price of around $500 (for the 8GB/128GB version). The Black Shark 3 will not arrive in China until March 17, 2020 at a price close to $675 (for the 8GB variant of RAM). Xiaomi offers the Pro model in black or metallic grey and the standard black, grey or silver variant. At this time, it is not known when the two smartphones will arrive in Europe.