Xiaomi Mi MIX Alpha is a concept Android phablet manufactured by Xiaomi. Its appearance is so cool that I can hardly move my eyes from it. However, there are lots of people abused it on the internet. What’s the matter on it, should it be abused?

What does the concept phone mean?

Before we start to discuss the MIX Alpha, let’s know what does the concept mean.

Concept, in a way, it can be understood as an ideal product which can be created at an ideal situation or in the future based on the development of science and technology.

Concept products are more commonly appearing in the automotive field. Every year, there are a variety of concept cars showing at the large-scale auto shows. In addition to attracting people attention, they may predict the direction of the technologies or materials that manufacturers are exploring for. They all hope to find the design ideas of future products on inspiring. Actually, many production cars are actually based on the evolution of the elements of the concept car. 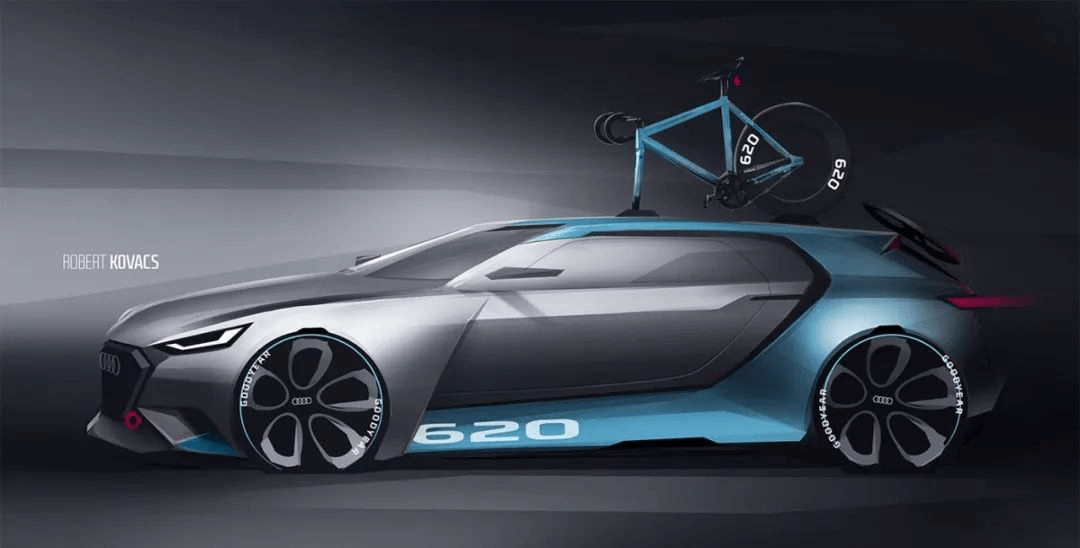 I think it may be the important meaning of concept products.

Take the mobile phone MIX Alpha as an example, there are some problems should be taken into consideration if we want to produce it. For example, if the phone display can be mass-produced, whether the manufacturing process can be realized, or whether the phone is practical and meaningful for us and so on.

The concept phone was created in the ideal situation and didn’t think about these problems. Therefore, it is more incredible and attractive. 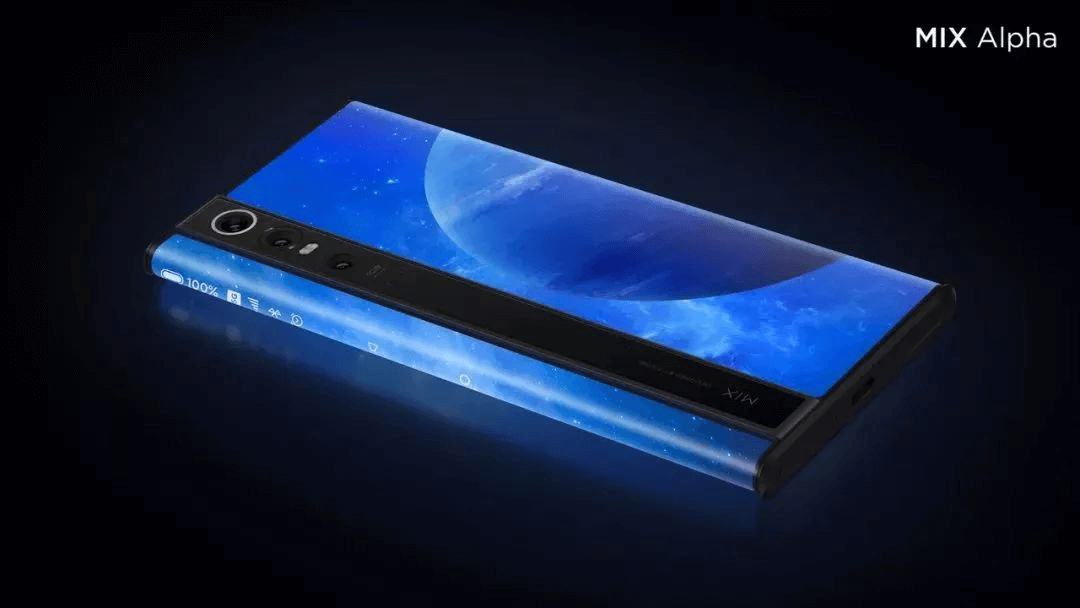 The Flexible AMOLED of the Mi Mix Alpha features a diagonal of 7.92-inches (assuming that it was flat) display with a 2250×2088 resolution. Because the screen wraps around the body of the smartphone leaving a ceramic stripe for the main camera, Xiaomi says that it has a 180.8% screen-to-body ratio, which sounds a bit odd by today’s standards. In a bid to make the new smartphone a reality, the manufacturer had to redesign production process of the handset: initially, internal components are assembled, then display layer, touch-sensing layer, and glass protection layers are laminated one by one. The frame of the phone uses a titanium alloy to ensure that the device is rugged enough.

Just as the picture shows us, the border portion of the phone is creatively designed as the status bar. You can clearly see it when it still puts flat on the desk. 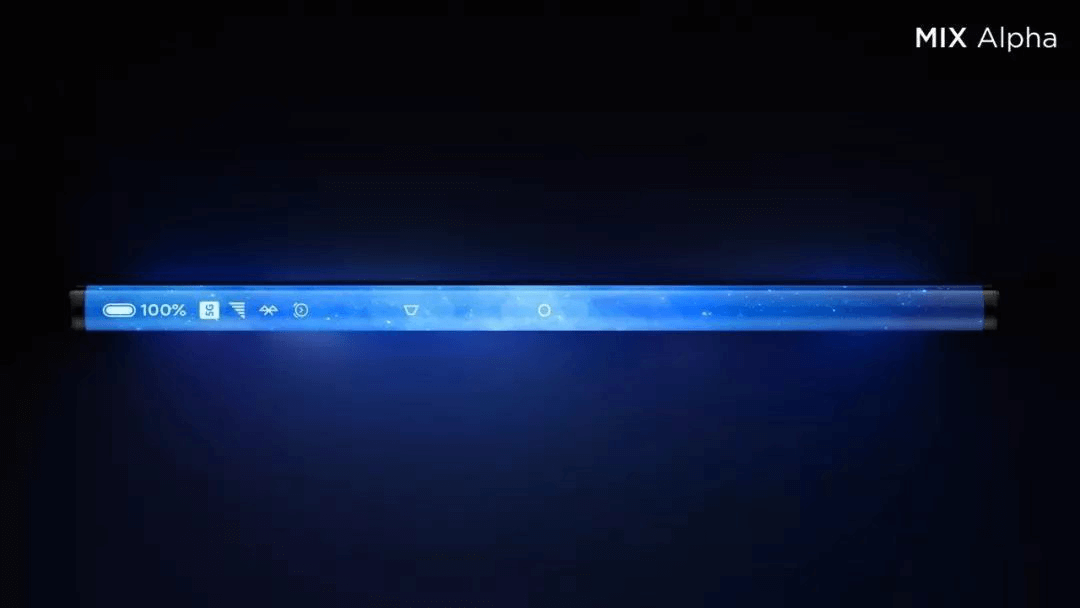 Nowadays, the phone display is the focus design element which the smartphone manufacturers work hard for. Some flagship smartphones even use slightly curved AMOLED displays to create the impression of a bezel-less device with a large screen, such as Huawei Mate 30 Series. What’s more, Huawei and Samsung are developing the folding screen to get a larger display when the device is unfolded.

But until now, I still think that the MIX Alpha is the most attractive one.

The software and performance of MIX Alpha

It is said that Xiaomi Mi Mix Alpha is based on Qualcomm’s Snapdragon 855 Plus accompanied by 12 GB of LPDDR4X RAM as well as 512 GB of UFS 3.0 NAND flash storage. The phone also has a 5G modem that supports three major carriers in Mainland China.

Also, it will come with a triple camera 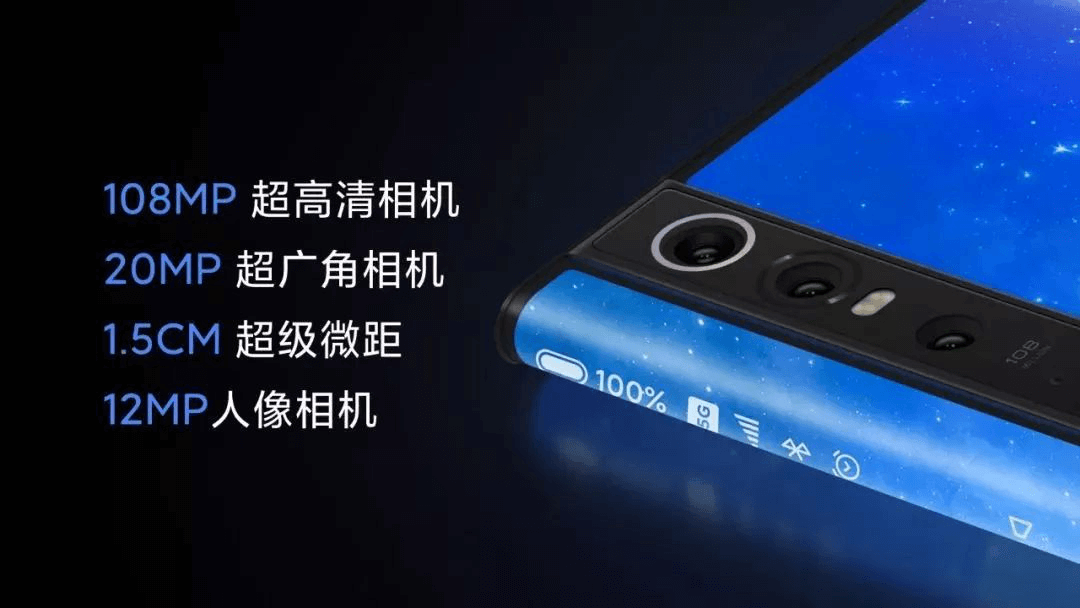 Whether this concept phone will be mass-produced or not, it can predict that the 108MP camera will appear on the future Xiaomi smartphone, XIAOMI MI MIX 4 or Xiaomi 10.

Focus on the better camera solution, you can know that the wide camera is upgraded to 20MP ( the current camera is 16MP and 8MP), the portrait lens upgraded to 12MP (Most of the devices are used 2MP) and the 1.5cm macro lens also the feature camera.

Xiaomi is actually more active in the fuselage material. The previous ceramic body has improved a lot. Now the titanium alloy is coming again. We can predict that the future Xiaomi flagship cellphone may use the titanium alloy frame.

The Charging Function of MIX Alpha 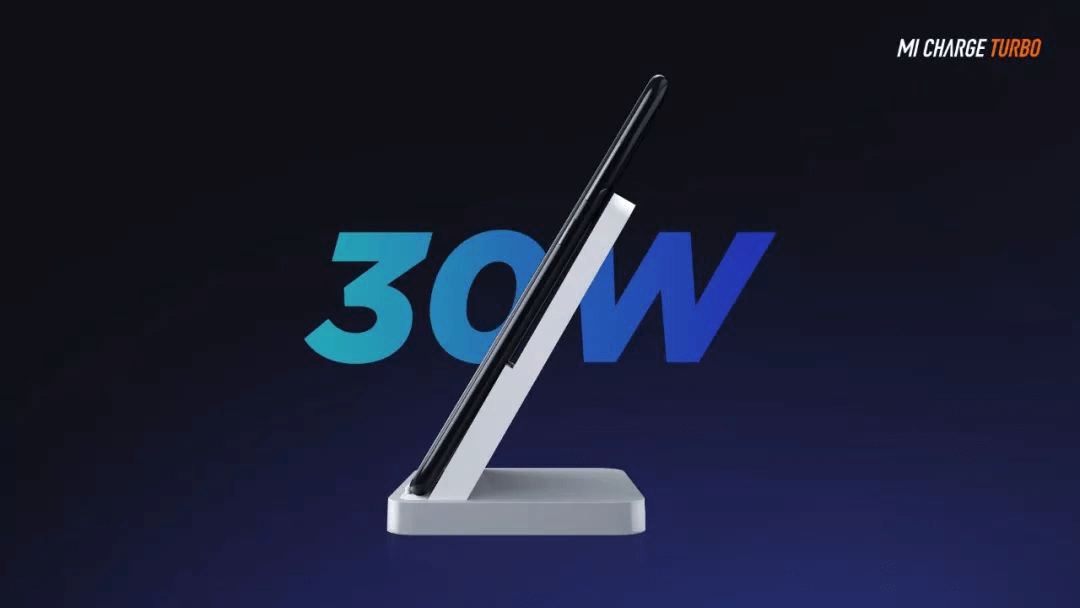 The Price of MIX Alpha

And its official price released is 19999RMB (~$2900). Now, there is a lot of dispute on the phone and its price is one of the point people attacking most. Because it is too expensive cost, and most of the people can not afford it. But you can think twice, it as a futuristic smartphone which only has hundreds of custom-made phone output. For the mobile phone industry, this is definitely a higher cost. This is the main reason can explain why it is expensive.
In addition, it is also a 5G SMARTPHONE with Snapdragon 855 Plus, 12GB RAM and 512GB ROM,  all-around ‘surround’ display, titanium alloy body, even the 108MP camera…it is powerful equipment!

Of course, what you need to believe is that if it is producing millions of units, the cost will be much lower. Therefore, when the MIX Alpha is mass-produced, the price will lower than 19,999 Yuan.

The GUESS of MIX Alpha

We should know that this is a futuristic phone that shows the many avenues for Xiaomi to explore during the 5G era.

However, the MIX Alpha is listed on the Mi store with the protective cover, we all can’t experience it. Even there are a few media people hand-on it, we still didn’t have any information about its performance or photography function leak out until now. Maybe it just at the initial stage of system adaptation, which needs a long time to debug before it can be used, and even the camera may not be able to use. 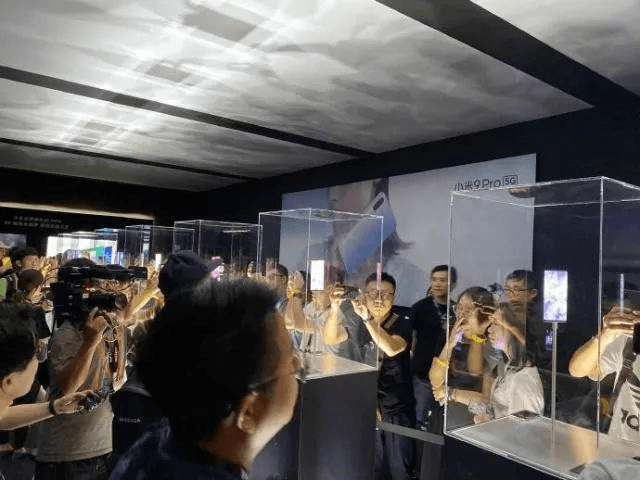 So, in conclusion, MIX Alpha is not just a simple concept phone of XIAOMI, it also predicted the developing direction of the mobile phone industry. Such as the faster charging, faster wireless charging, no front camera, better phone materials and so on.

We need to have a long-term perspective on these concept products so that they will have a better development.