To seize the title of “Flagship killer” somewhat neglected by OnePlus since its rise in price range, Xiaomi and Realme seem the most serious competitors.

Positioned at a starting price of fewer than 600 dollars, but advancing premium strengths, the Poco F2 Pro and Realme X50 Pro, both 5G, have enough to roll mechanics and to eye those looking for an excellent report value for money … with compromise! 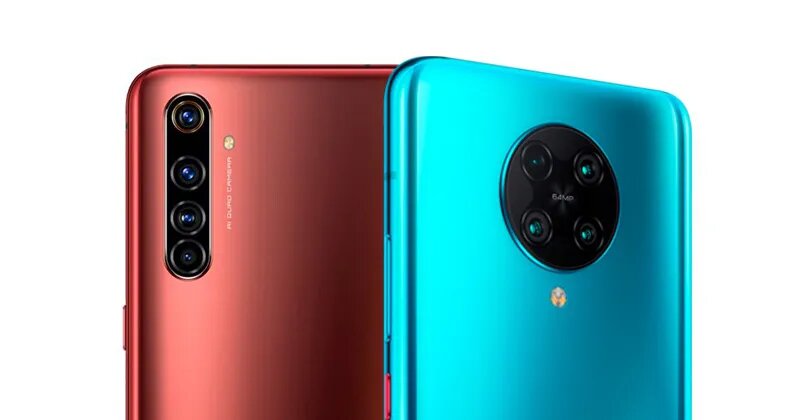 In the battle for the best value for money, Xiaomi and Realme have something to elbow with their latest comer. The Poco F2 Pro on the one hand, and the X50 Pro 5G on the other, arrive with serious arguments in the under 600 segment and are vying for the title of “Flagship killer”.

Screen, autonomy, design, performance… they should not be overlooked in the face of market leaders. But their price positioning is also justified by small flaws or shortcomings that do not yet make them very high-end. It remains to be seen which of the two smartphones suffers the least.

Elegance With Full Nude Or Not :

The sobriety of the moment or the return to an attempt a few months ago? This is the dilemma between the two devices. The Poco F2 Pro marks the return of the full screen, without a camera. And for good reason, it was hidden in a pop-up camera that comes out of its hatch on demand (with a little melody as a bonus).

There remains a screen that occupies the entire front of a frame with a particularly neat design (including the colored release button!). Especially with its glass back which houses, in a circled insert, the quadruple-camera. The Poco F2 Pro is a beautiful and elegant smartphone, but a little bit massive and heavy (218 g). It will not be intended for small hands.

For its part, the Realme X50 Pro plays sober with a flat-screen and more classic design. Note the screen bezels that look slightly thicker than those of the Poco F2 Pro, but reduced all the same. An impression may be given by the presence of a double punch on the screen, a format that we thought had been forgotten. On the back, there is also a quadruple sensor positioned vertically on a colored frosted glass back. Very pretty, but that will easily take your fingerprints. Like its competitor, the Chinese smartphone requires good pockets and good hands. It is smaller than the Poco F2 Pro (15.9 vs. 16.3cm), but also quite heavy (205g) and slightly thicker (9.36mm vs. 8.9mm). The thickness in a template is also explained by the presence of a substantial battery (see below).

If the presence of a headphone jack is essential for you, the Poco F2 Pro will delight you while the X50 Pro has mourned it.

Similarly, the former continues to favor the slot for a dual SIM card while Realme only opts for a single nanoSIM card. The bad news, however, is that neither smartphone can expand storage space. And unsurprisingly, because of its camera drawer, the Poco F2 Pro is not waterproof … but neither is the X50 Pro. This is more surprising.

The two smartphones have chosen the OLED, of a similar definition (2400 x 1080p). The Poco F2 supports a beautiful full screen 6.67 inches rather efficient, well balanced, and with a very good color rendering, perfect contrast, and maximum brightness which still peaks at 757 cd/m². Note that the screen colorimetry has an Auto mode to adjust to the ambient brightness, an option that you can also adjust as you wish towards warmer or cooler tones. The Realme X50 Pro almost looks like a small smartphone next door with its 6.44-inch screen. Its slab is pleasant without being optimal. It adapts perfectly to strong outdoor light. But in the default calibration mode, the colors tend to turn blue. By switching to soft mode, if the hues are warmed up, the colors become duller. 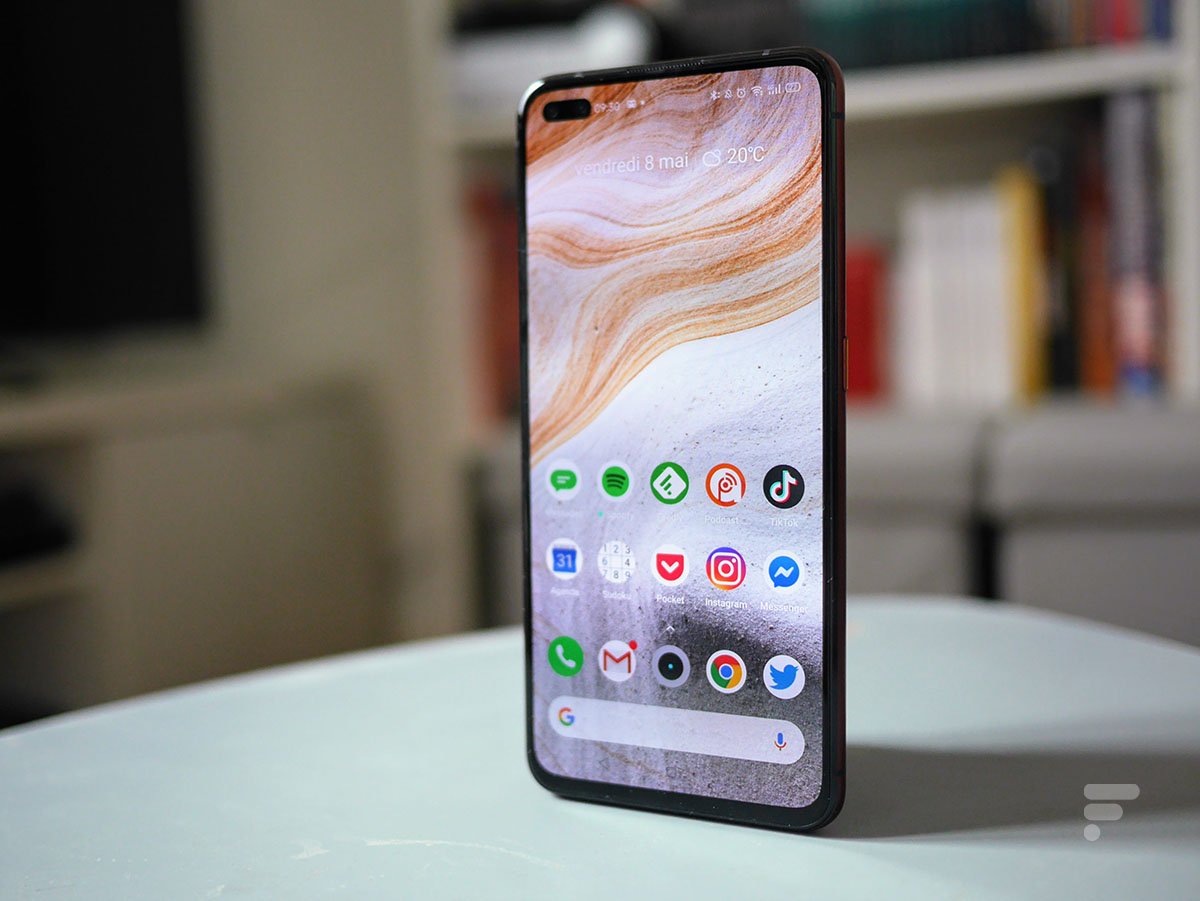 The Poco F2 Pro, like the Realme X50 Pro, has an interface based on Android 10 but reworked in homemade sauce. At Xiaomi, this is called MIUI 11 and the Poco F2 Pro is entitled to it with the whole range of usual customizations (gesture navigation, dark mode …) and the presence of Google services preinstalled. The only specificity: the Poco Launcher does not allow you to deactivate the application drawer. And some translation errors or confusion in the interface tarnish the use.

The Realme X50 Pro offers Realme UI which borrows a lot from OPPO’s ColorOS 7, its not-so-distant cousin. And it only takes the right stuff. A neat and more intuitive interface, less mess too. But Realme UI is mainly akin to fine-tuning appearances and adding many features (customization and modification of icons, dark mode, gesture controls, application drawer, etc.). One of the black dots will be the discomfort sometimes caused by the double punch which penalizes the display of the notification bar and reduces it. And also the smart assistant screen far from living up to its name …

On the biometric side, the two devices choose the fingerprint reader under the screen. Naturally positioned quite high at Xiaomi and quick to execute, it is a little more efficient at Realme, but not necessarily well-positioned for many users.

The Poco F2 Pro has integrated facial recognition into its pop-up camera. She’s incredibly quick to trigger to unlock. Perhaps too much to be completely reliable. She just associates your face with a 2D photo to give the Go, which sometimes lets some approximations work like recognizing an ear if you’re not really in the face. Realme doesn’t have much to show off either, as the company has made the same bet on less secure 2D biometric recognition.

Who Can Most Day Can A Little Less Night :

Four or nothing! The Poco F2 Pro and X50 Pro have chosen a four-sensor camera to offer maximum possibilities and versatility. On the first, the sensors are much more centered on the upper part and placed in a circle, just above the flash. On its competitor, they are vertical and the flash positioned just to the right of the strip.

To the main sensor (64 MP) and to the ultra-wide-angle, the Poco F2 Pro adds a macro and a depth sensor.

By day, the Xiaomi smartphone takes quality photos, with a slightly saturated but pleasant color rendering, a good level of detail, and the very correct exposure of the scenes. The AI mode can help to optimize the result. The Macro mode is hardly impressive and its definition is rather limited. But overall, the Poco F2 Pro is doing well with the honors in the photo. 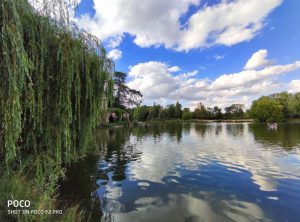 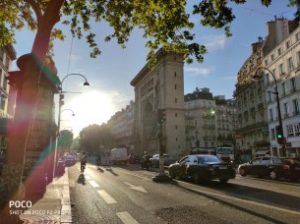 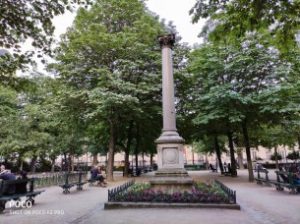 The Realme X50 Pro has chosen a telephoto lens with x2 optical zoom (hybrid x5, digital x20) and a black and white depth module.
The Realme X50 Pro does well at these different focal lengths. He still manages to capture enough detail. But there is sometimes a marked disparity in colors between the different lenses.
Realme X50 Pro 5G 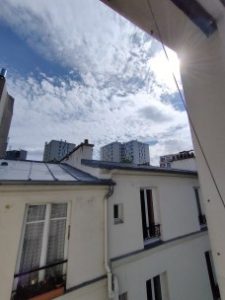 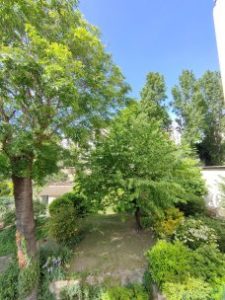 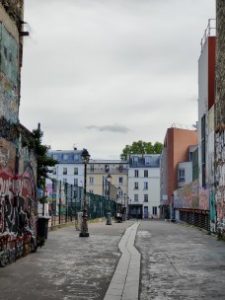 When the light goes down, the Poco F2 Pro will need a boost to get better and get good color consistency. Image quality remains good, but exposure is not always optimal. Night mode will be a particularly shocking ally at nightfall. On the Realme side, the X50 Pro does not score many more points. The ultra-wide-angle fishes on the exposure side, the 5x zoom loses detail. The smartphone will try to rely on its Night Snapshot mode to compensate, but without shining more, if not at the level of the white balance. 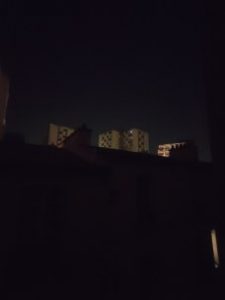 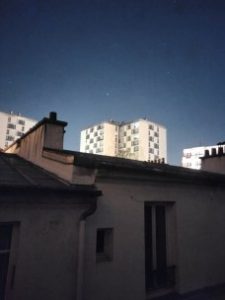 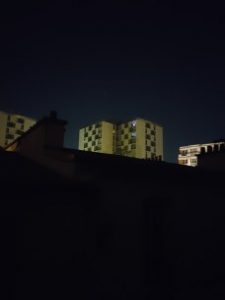 The Poco F2 portrait mode is quite precise in its handling of the depth difference between the subject and the background. But he still finds it difficult to interpret rebellious locks on hairstyles.
A bad point already noted, its crazy tendency to force the sharpness of the face which can have the opposite effect of marking the contrasts even more and therefore intensifying the fatigue. The Realme X50 Pro combines portrait mode and HDR. He is able to cut out the face correctly, even with a complex background. The gain of the skin and the color are well respected, without excess.

Power, do you want it, here it is! Both models have chosen the top of the range, namely Qualcomm’s Snapdragon 865, the most powerful chip available for Android. The Poco F2 Pro comes with 6 or 8 GB of RAM, 128, or 256 GB of storage like the Realme X50 Pro. But the latter rather relies on 8 or 12 GB of RAM to boost it.

Suffice to say that games like Fortnite or Call of Duty, video, etc., everything is fluid with the two competitors. However, when it comes to power benchmarking, the X50 Pro trumps the Poco F2 Pro in all benchmarks. And the latter tends to heat easily.

We are dealing with two serious candidates for autonomy. The Poco F2 Pro has a 4,700 mAh battery and the Realme X50 Pro has a 4,200 mAh battery. Enough to last more than a good day, even while gaming or opting for a high screen refresh rate of 90Hz.

A big lack of the two models which also justifies their status: neither has wireless charging.

OPPO A72 Review: the good, the basic one